Japan: Home to the Most Expensive Natural Disasters in World History 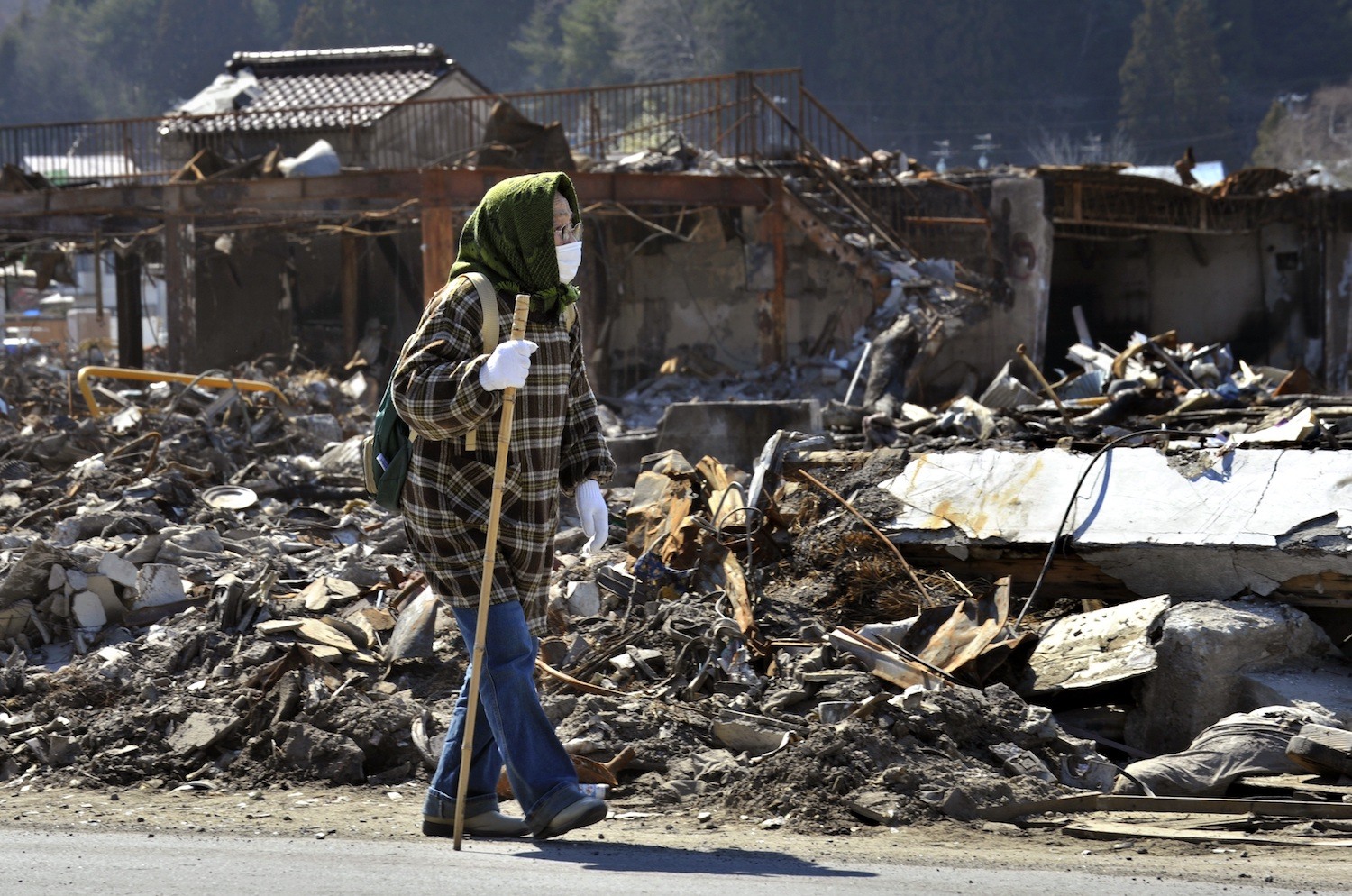 An elderly woman walks past the destruction in Yamada, Japan. | Kazuhiro Nogi/AFP/Getty Images

Japan is no stranger to earthquakes. The island nation experiences around 1,500 every single year, which means logistically, it is equipped to handle the events in a reasonably efficient manner — most of the time. Yet, on June 18, 2018, a 6.1 magnitude quake hit Osaka, taking the lives of three (including a nine-year-old girl and an 80-year-old man) and wounding at least 200. Although common, these natural disasters wreak havoc on the nation’s economy and bottom line.

The cost of a natural disaster

Here on American soil, the cost of natural disasters continues to climb. Hurricanes, flooding, droughts, wildfires, hail storms, and tornadoes in 2017 ended up costing the United States a record-breaking $306 billion and rising. Hurricanes Harvey and Irma destroyed parts of Texas and Florida, totaling somewhere between $150 and $200 billion in damages.

One her own, 2005’s Hurricane Katrina was estimated to have an economic impact of $150 billion. Then you have the California wildfires that whipped through Sonoma County. Those were estimated to cost $180 billion. The kicker is, the cost of these disasters pale in comparison to those in Japan. 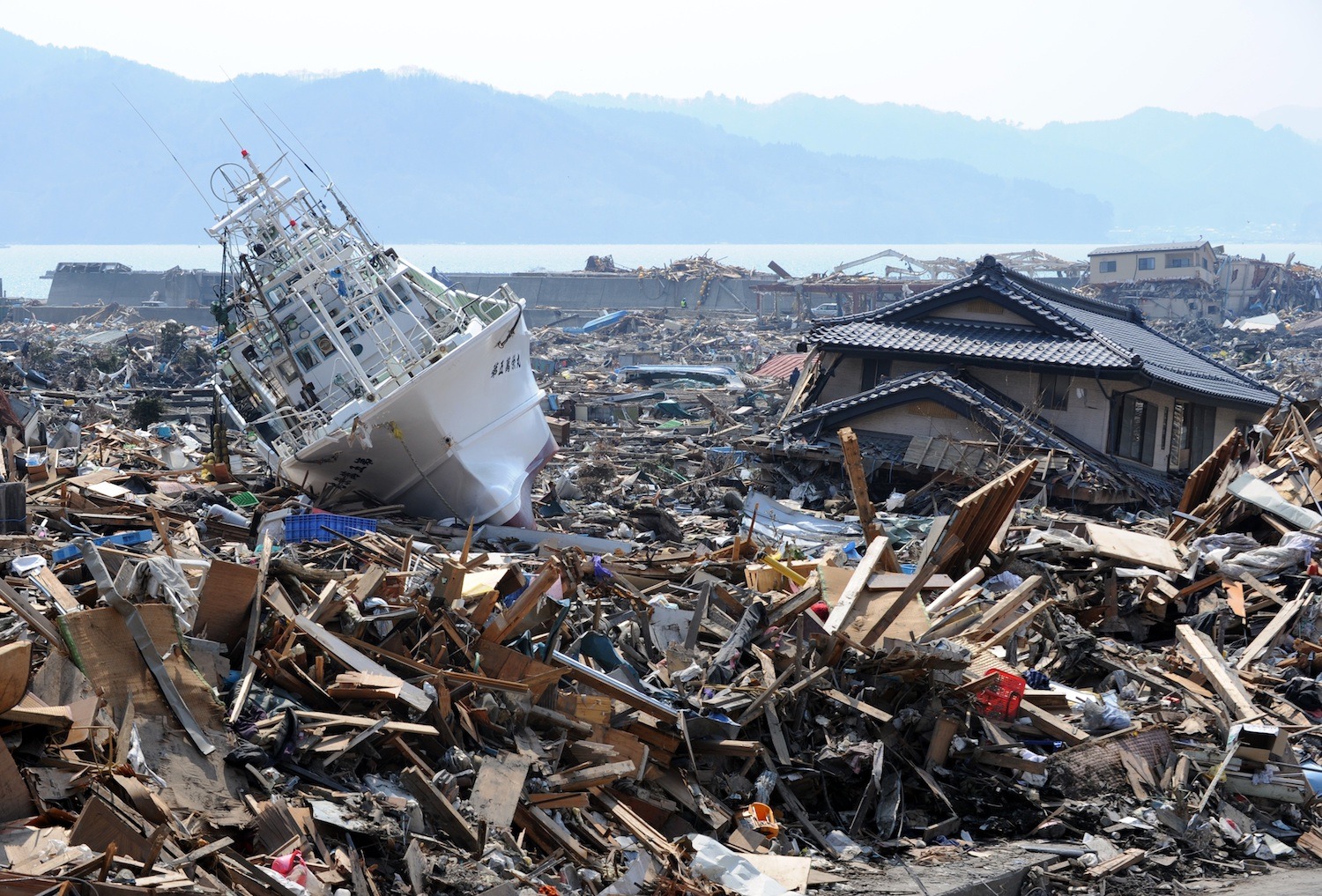 March 11, 2011, was a devastatingly deadly day for the Japanese people. At 2:46 in the afternoon, a 9.1 magnitude earthquake occurred 230 miles northeast of Tokyo, Japan. It took place over 15 miles down in the ocean floor, marking the most powerful earthquake in the country’s history. A tsunami carrying 30-foot waves ensued, leaving people with practically no time to escape its wrath. One day after the initial earthquake, a 6.2 magnitude aftershock took place. Less than one hour later, another 6.3 magnitude aftershock happened.

The statistics from the 2011 tsunami are staggering:

A house falls into the sea after the 2011 earthquake in Japan. | Nicholas Kamm/AFP/Getty Images

At 5:46 in the morning, a 6.9 magnitude earthquake took place 40 miles from Kobe, Japan, in the Akashi Straight. The vast majority of the Japanese people believed this region of the country was fairly safe from catastrophic earthquakes. That could not have been further from the truth.

The statistics from the 2005 Kobe earthquake:

Natural disasters will only get worse

As climate change continues and temperatures rise, natural disasters will only become more severe and inevitably more expensive. Take Houston, Texas, for example. In the past three years, the city has experienced three different 500-year flood events. The flooding the city experienced with Harvey was unprecedented, and many of the flooded homes were not even in floodplains. That means that the homeowners simply did not believe they needed nor did they have flood insurance.

The globe continues to become warmer and warmer, which creates the perfect conditions for larger and more powerful storms to form. When it comes to hurricanes, for instance, warmer water temperatures provide a prime breeding ground for storms to gain more velocity and strength as they move through the waters. Furthermore, as glaciers melt and sea levels inevitably rise, flooding of coastal regions become more commonplace.