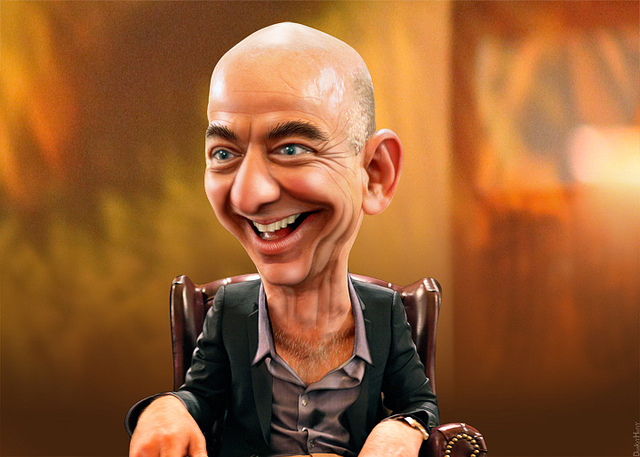 Jeff Bezos was busier than ever in 2013. The founder and chief executive of Amazon (NASDAQ:AMZN) oversaw ambitious growth in his online retail business and managed to nab The Washington Post in his spare time. In his annual letter to Amazon shareholders, Bezos presents an extended “tour” of the company’s highlights and initiatives using the list format so popular in online publishing. It amounts to an overwhelming summary of a company that is expanding without pause.

Bezos discusses twenty-one separate aspects of Amazon’s business in his shareholder letter, starting with Prime (“tens of millions” of members worldwide) and ending with a fun fact list about the Kindle device’s Mayday button. If shareholders were wondering how many marriage proposals Mayday operators got (35) or how many times they’ve been serenaded by customers (648), it’s all on file with the SEC in Bezos’s letter.

Between these bookends, Bezos discusses the endless innovation Amazon is practicing in aspects ranging from delivery and content creation to infrastructure and corporate culture.

In a section titled “Employee Empowerment,” something Amazon is not known for in the press, Amazon’s chief executive references the “Pay to Quit” policy the retailer has adopted from Zappos. Associates are offered $2,000 to quit when they hit a certain point in their Amazon service. It can reach as high as $5,000. Bezos says it’s the easiest way to ensure employees are productive and happy with the job.

By air and by bicycle

Bezos also touched on the drone delivery service known as Prime Air that caused a sensation in late 2013. According to Bezos, there’s more where that came from.

“The Prime Air team is already flight testing our 5th and 6th generation aerial vehicles, and we are in the design phase on generations 7 and 8,” Bezos writes in the letter’s fourteenth section subtitled, “Fast Delivery.” He notes that shareholders can also find Amazon bike couriers delivering packages in remote locations in China and India.

In sum, the annual letter from Jeff Bezos to Amazon shareholders is as overwhelming as the company’s scope and ambition. Since the release of Bezios’s 2013 letter, shareholders have seen Amazon stock gain over 20 percent, though it has fallen from its recent peak above $400 in early 2014.

As always, Bezos signs off by enclosing his first letter to shareholders from 1997 and reminding all “it’s still Day 1.” Since that launch, Amazon has become a force in modern culture that few could have imagined. Bezos thinks the run is just getting started. What will Day 2 look like?