Chip and Joanna Gaines don’t have to worry about money. But that wasn’t always the case.

Current estimates put the HGTV power couple’s net worth around $9 million each. But don’t think for a minute that they plan on squandering their newly amassed fortune on fancy cars and vacations. Based on their past struggles with finances, it seems the pair has a healthy respect for money and some smart strategies for holding onto it.

Just because Chip and Joanna tend to agree on home renovation decisions (most of the time, anyway), it doesn’t mean they’ve always been on the same page about money. One of their most serious money arguments was a huge wakeup call, and very likely still influences their financial decisions to this day. 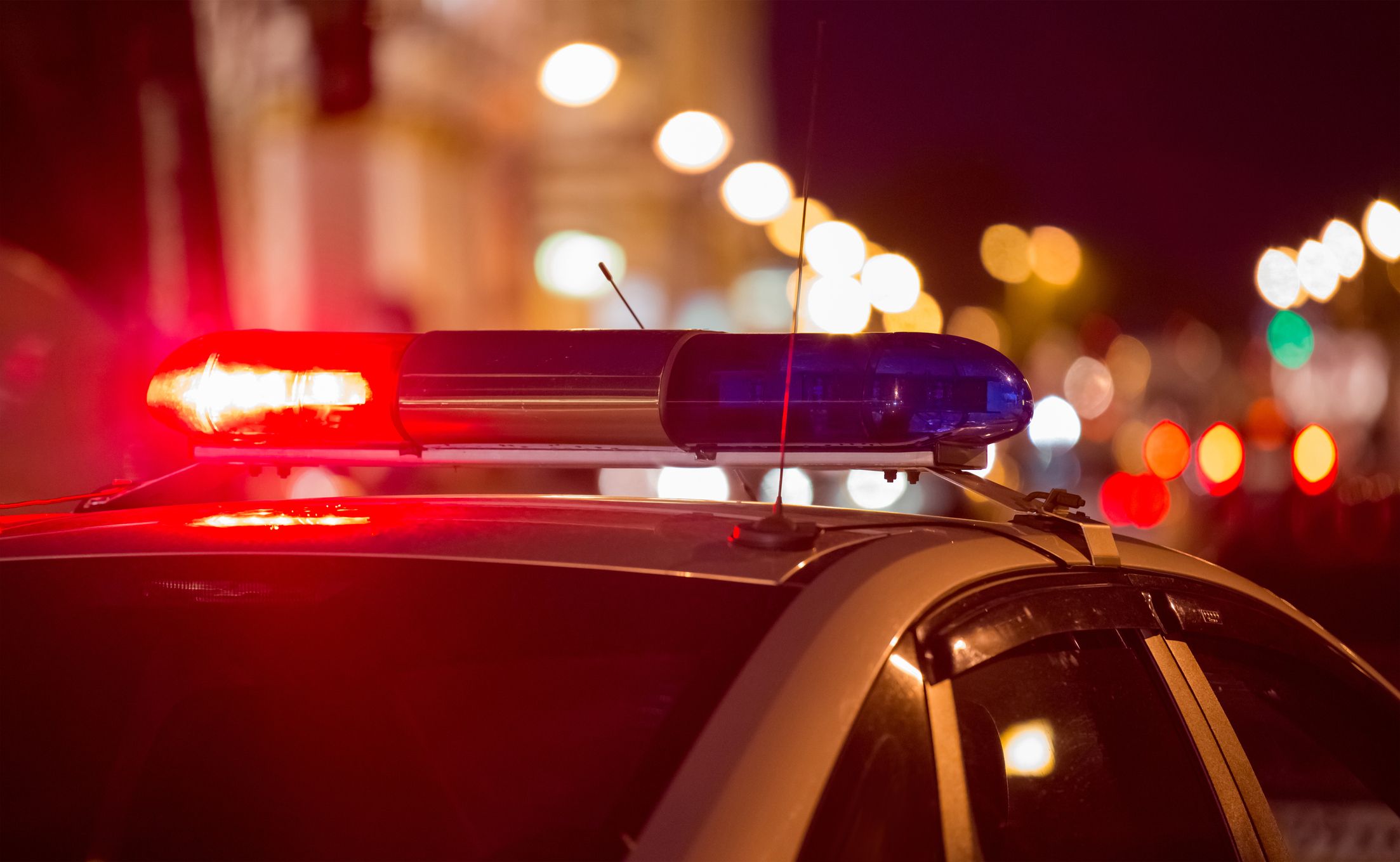 Chip Gaines was arrested after he failed to pay a fine. | artolympic/iStock/Getty Images

Shortly after the birth of their first child, Joanna Gaines got the phone call no wife wants to receive: her husband was in jail and needed to be bailed out.

The neighbors had called the police to report that the couple’s dogs were roaming the streets and disturbing the neighborhood. Chip was picked up and put in county jail when he failed to pay $2,500 worth of tickets for the offenses.

Next: They didn’t have enough personal funds to cover his bail.

Joanna had to raid store funds to pay Chip’s fines 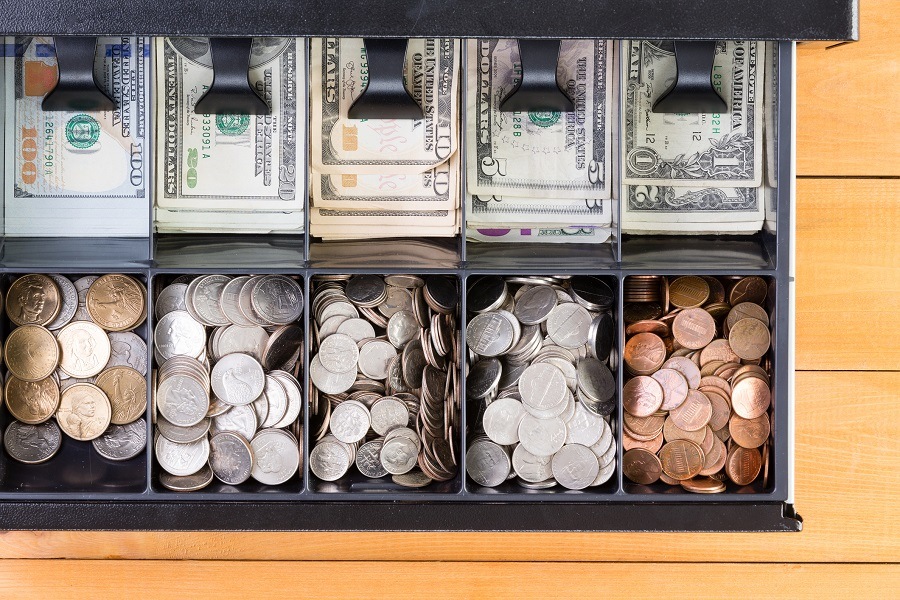 Joanna had to scramble to find money for her husband’s bail. | Ozgur Coskun/iStock/Getty Images

As Joanna recounted in the book The Magnolia Story, she had to empty the cash register in her first retail store to come up with enough cash to get Chip out of jail. That’s what made her realize that they “were right on the edge of a real financial struggle.”

That incident prompted Joanna to vow that they’d never wind up in that situation again. And she’s not alone in that thinking. Experts recommend that you should have three to six months’ worth of expenses socked away in an emergency fund at all times.

Next: Chip and Joanna are polar opposites.

The couple had to compromise on spending styles

Compromise is the key. | HGTV.com

Like many couples, Chip and Joanna had vastly different approaches to spending.

Joanna is a natural saver. In her book, she talks about how she had a nest egg when the couple got married, but Chip convinced her to spend it on an investment. Meanwhile, Chip is the exact opposite.

He says his parents always encouraged him to seize the moment.  As Chip told Business Insider, “They taught me to take that nest egg and throw that thing out the window, and go for it. You only live once — there will be plenty of time to sleep when you’re dead.”

Next: Neither one is right or wrong.

Chip and Joanna learned from one another

Without Chip’s risk-taking, many of the Gaineses successes may never have happened. After all, it was risky to say “yes’ to HGTV show producers. However, signing up for every investment without a safety net isn’t smart either. When Chip asked Joanna during a recent interview if they had a nest egg, she deferred the question.

“I learned early on that if you have a nest egg, you can’t tell him about it, because it will be gone,” Joanna replied.

Next: The Gaineses money comes from multiple sources.

The Gaineses didn’t put all their eggs in one basket

Speaking of nest eggs, the Gaineses did something very wise when it comes to accruing wealth — they diversified.

Not all their wealth comes from Fixer Upper, which is a good thing considering they announced that the fifth season will be the last. Besides the show, the couple has three books, a retail partnership and exclusive line at Target, vacation rental properties, a magazine, a retail store and lifestyle destination, a restaurant, a real estate company, a home décor line at Pier 1, a paint line with KILZ, a wallpaper line, and a kid’s clothing collaboration. Talk about added income.

Next: This one thing wasn’t an option for the Gaineses.

Failure wasn’t an option for the Gaineses

There was no failure option. | HGTV

Chip and Joanna were able to come out ahead because they never gave up trying to better their situation.

In The Magnolia Story, the couple reveals that after their wedding they had to move into a house they’d been renting to college students. The house smelled of rotting food and needed a ton of renovations — in other words, it was more like the “before” pictures on Fixer Upper than the “afters.” But even in the face of hardship, the pair worked hard and used their natural talents.

Next: They always believed success was around the corner.

They never believed they were stuck in debt forever

They balance each other out. | HGTV

Chip also admitted that as different as they are, they both have one thing in common: They hate to lose.

As Chip explained: “When we woke up some mornings, realizing we don’t have the money to pay back some of these debts that we had accumulated over the years, we realized we were going to have to be very creative, very quickly, and really fight for this. We didn’t want to quit, we didn’t want to declare bankruptcy — some of those things were just literally not options for us.”

Even in the face of tough situations, Chip and Joanna were able to visualize the life they wanted and work towards it.

Next: This is the most important aspect of the Gaineses success.

In the end, Chip and Joanna followed their passion

One of the biggest reasons that the Gaineses are so successful is that they’re passionate about their work. They didn’t set out to become famous — they were discovered by TV producers because they were excellent at what they did.

A producer saw some of Joanna’s designs on a blog and got in touch with her about doing a TV show. At first, Chip and Joanna thought it was a scam. Now Fixer Upper is a TV ratings juggernaut, pulling in as many as 5 million viewers per episode.

It just goes to show that if you do what you love and love what you do, the money will follow.

Read more: What It’s Really Like to Work for Chip and Joanna Gaines, According to Employees