When you’re searching for a new job, landing an interview is half the battle. With scores of qualified candidates competing for the same position, an in-person invite can seem like a huge win.

In a perfect world, once you get that interview, you nail it and are offered the job. But things often aren’t so clear-cut. There’s always the possibility you’ll bomb the interview. Or perhaps you do everything right and there’s just someone else who’s a better fit for the job.

And then there are the job interviews that are just weird. These are the conversations that make your spidey-sense tingle — a warning that the job or the company might not be quite what it initially seemed. Ignore these warning signs at your own risk. Doing so can mean you end up in an awful job with an employer you hate.

Woman at a job interview | IndypendenZ/iStock / Getty Images Plus

You make an effort to show up on time and prepare for your interview. You expect your interviewer to do the same. But some interviewers just can’t get it together. On a Reddit thread where people shared stories about “subtle red flags at a job interview,” one person recounted driving two hours for an interview, only to have the meeting canceled at the last minute.

After I arrived on time for the interview they kept me waiting for 35 minutes before the person I was to interview with had the receptionist tell me that “something had come up” and they wouldn’t be able to meet with me that day. No explanation, no apology.

That kind of disorganization and chaos during the hiring process is a warning sign that the company is disorganized and chaotic in other ways too.

Red flag No. 2: They rush the interview and offer you a job right away

Does the interviewer rush through some basic questions, barely listen to your answers, and generally seem to be in a hurry to get the whole thing over with? That’s a bad sign, especially if they offer you a job after such a cursory screening process.

“If you get a job offer after a single short interview – for example, 30 minutes of conversation – that’s a real danger sign that the company doesn’t know how to build a strong staff. That means you might end up in a role you’re not well matched for, and you’re likely to be working with other people who aren’t great at their jobs,” wrote HR expert Alison Green

Red flag No. 3: They talk about a “work hard, play hard” culture

If an interviewer talks about the company’s “work hard, play hard” culture, think twice about whether it’s the right fit. Some people thrive in intense environments. But if you’re not up for working long hours, burnout could be in your future. Several people on Reddit noted that companies that touted such a culture tended to demand a lot from workers in exchange for a few measly perks.

“‘Work hard, play hard’ statement at my work place and department translated into we work uncompensated overtime and to the bone for an expensed dinner 4 times a year where everyone gets drunk,” wrote user bdoubleds.

Red flag No. 4: The phrase “we’re a family here” is uttered

Another catchphrase to watch out for? “We’re a family here.” This sentence sounds heartwarming, but may be code for a dysfunctional workplace. Companies that claim to be like a family might also expect unreasonable commitments from employees or not have clear boundaries, Green noted.

“I hate the ‘We’re like a family here’ line,” wrote commenter Sharon G on a thread discussing interview red flags on the Ask a Manager website. “What they don’t realize is I don’t like half of my family, and I sure don’t want to work with them.”

Red flag No. 5: The interviewer can’t say why they like working there 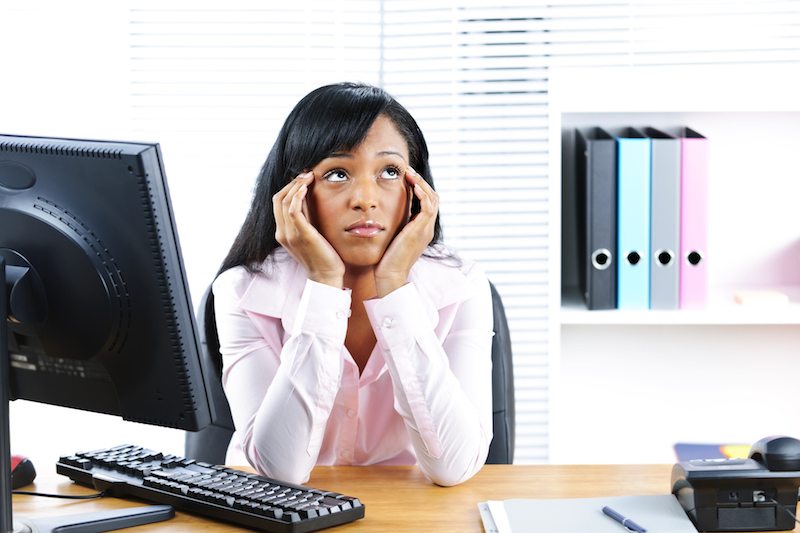 Few people are 100% thrilled about their job 100% of the time. But if an interviewer can’t come up with one genuine-sounding reason why they enjoy working for the company, be wary. That lack of enthusiasm could be a sign of a disgruntled and disengaged workforce. Many people could be looking to jump ship.

“I asked in a peer interview what they liked about working for the company,” wrote Anon Good Nurse in the Ask a Manager thread. “They all exchanged a look and were silent. Finally, someone said, ‘Cake day…?’ Three of the four of them were gone by the end of my third month there.”

Red flag No. 6: They can’t tell you what you’ll be doing

A vague – or worse, nonexistent – job description is a huge interview red flag. Think of it this way: You can’t succeed in a job if you don’t know what the job really is.

“I interviewed with 4-5 people for a position and everyone had something different to say about the job–sure there was some overlap, but some really wide discrepancies too. One guy was so off on his expectations, I thought at least one of us was in the wrong interview,” Granny K commented on Ask a Manager.

Getting clarity on the job you’ll be doing is essential – before you agree to accept a position. “When a job description is pretty much non-existent, you will lack focus and direction toward your daily task,” wrote career expert Vicky Salemi for US News & World Report.

Red flag No. 7: The interviewer is rude or offensive

This should go without saying, but interviewer who is rude or offensive is a clear sign you should walk away. Insulting, intrusive, or even illegal interview questions are one thing to watch out for. So is an interviewer who doesn’t seem to be paying attention to your answers or is distracted by their phone.

Remember, an interview is a chance for both your and the company to make a good impression. And someone who doesn’t respect you during the hiring process probably won’t respect you on the job either.