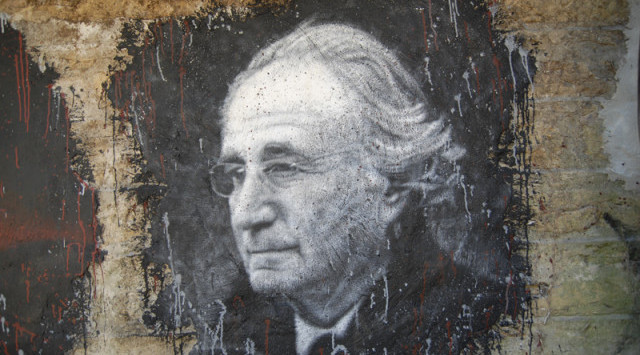 Bernie Madoff’s Ponzi scheme lost $17.3 billion, making it the largest fraud orchestrated by a single person in American history. His entire scheme was estimated to be worth as much as $65 billion, but a large portion of that sum is the result of made-up profits recorded by the investor. In 2009, Madoff pleaded guilty to 11 counts of felony financial fraud and was convicted of swindling thousands of investors — ranging from his friends and acquaintances, to money managers, and even charities — and for that activity he was sentenced to 150 years in prison. At his trial, Madoff confessed that he began his Ponzi scheme in 1991, but according to federal investigators, the origins of the con could date as far back as the 1970s.

Given the sheer magnitude of the Ponzi Scheme, federal prosecutors have alleged that JPMorgan Chase (NYSE:JPM), the investor’s bank for more than two decades, should have have caught sight of the red flags thrown up by Madoff’s crimes. Since April, the federal government has been investigating the extent of the bank’s knowledge of the investor’s criminal activities.

Now, government authorities are expected to finalize a $2-billion settlement of criminal and civil charges this week, as sources briefed on the case told the New York Times. In addition to the fine, the settlement will include a so-called deferred prosecution agreement that would suspend a criminal indictment as long as JPMorgan acknowledges the facts of the government’s case and changes its behavior. courtesy

By allegedly ignoring evidence that the investor was engaging in criminal activity, JPMorgan violated the Bank Secrecy Act, a federal statute that requires financial institutions to assist government agencies in detecting and preventing money laundering, tax evasion, or other criminal activities. Under the terms of the agreement, the bank will pay more than $1 billion to the U.S. Attorney’s Office for Manhattan and the remainder of the settlement sum will be paid to the Office of the Comptroller of the Currency and a division of the Department of the Treasury that investigates banks’ money-laundering protections. In addition, some of the funds will be diverted to victims of Madoff’s scheme, according to the Times’ sources.

News of the settlement talks first became public in a report published by the Times early in December during the week of the five-year anniversary of Madoff’s arrest. The federal government’s probe is not the first to shine a light on JPMorgan and its alleged knowledge of Madoff’s Ponzi scheme. Irving Picard — the court-appointed trustee charged with recovering assets stolen by Madoff, has long been pursuing bank executives at JPMorgan. His December 2010 lawsuit brought to light internal bank communications that indicated executives were aware that Madoff’s investment strategy was actually a Ponzi scheme as early as 1997, years before the con began to collapse.

According to the complaint, obtained by the Washington Post, a Madoff employee would first withdraw between $1 million and $10 million from one bank, and then deposit a check for the same amount into the investor’s JPMorgan account on an almost daily basis. The following day, that same amount would be wired from Madoff’s JPMorgan account to the first bank in order to make it seem like his account had twice as much money during that time frame.

A federal appeals court dismissed some of Picard’s claims in June. However, emails that were produced by his lawsuit were pivotal in the federal government’s investigation. One internal bank email authored by a senior risk manager and sent shortly before Madoff’s December 2008 arrest revealed that another bank executive “just told me that there is a well-known cloud over the head of Madoff and that his returns are speculated to be part of a Ponzi scheme.” Federal regulators have not accused any individual executives of wrongdoing, and it should be remembered that Madoff’s Ponzi scheme was underway for decades without drawing the attention of regulators.

JPMorgan’s latest negotiations with federal regulators also serve as a reminder as what a difficult year 2013 was for the bank. Still, the settlement — which follows closely behind the JPMorgan’s $13-billion settlement with the Justice Department and other government authorities over the sale of troubled mortgage securities in the years before the financial crisis — does put an end to another investigation. While the bank did dispute some of the details of the settlement, insiders told the Times that the bank is anxious to regain its credibility. Plus, JPMorgan Chief Executive Officer James Dimon, who has guided some of the bank’s negotiations with federal officials, is spending billions of dollars on new compliance measures. He even apologized for letting “our regulators down” in the 2013 annual letter to shareholders.