KFC Asks Why Waste It When You Can Taste It? 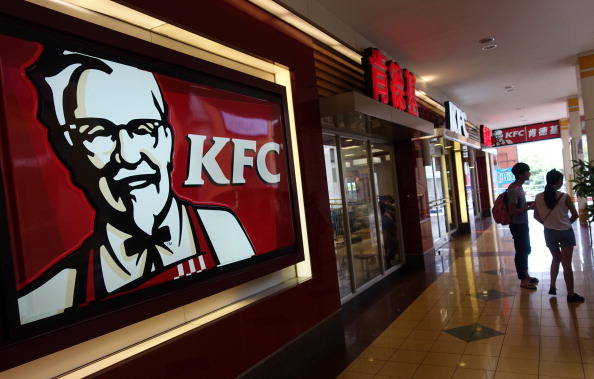 The company that brought you culinary wonders like the Double Down are now pushing the envelope even further. That’s right, just when you thought that Kentucky Friend Chicken might tone down its eccentric menu items, the company has rolled out its latest and possibly greatest. KFC, it has been announced, is testing a new, edible coffee cup.

You read that correctly. First, KFC released its Famous Bowls, which comedian Patton Oswalt has notoriously referred to as a “failure pile in a sadness bowl.” Next, KFC took things even further by creating the Double Down, a sandwich consisting of chicken, bacon, and cheese, sans bread. Now, KFC has created a coffee cup that can be consumed after finishing the beverage contained within.

The brainchild of KFC’s parent company Yum Brands, the cup itself will consist a wafer, coated in sugar paper, and lined with white chocolate that is heat-resistant, so as to properly contain hot beverages. This is according to The New York Times, which reports that KFC is hoping to find a way to lessen the environmental impact of its packaging, and promote ‘simplicity’ in its business operations.

“This type of edible packaging is definitely aligned with the global consumer mind-set in terms of sustainability and simplifying their life,” Shilpa Rosenberry, senior director of consulting firm Daymon Worldwide, told The New York Times. “Millennials in particular want to make sure an innovation is functional, works and is right for their lives.”

While attempting to lessen the amount of waste the restaurant is producing is noble in its own right, KFC is taking a sizable gamble in wagering that it can win back the millennial demographic — which has largely been shifting away from fast food in favor of fast-casual choices — with edible food containers. But that’s not to say that it won’t necessarily work. 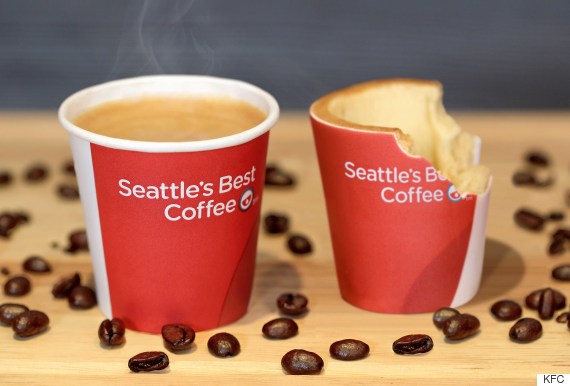 According to USA Today, the edible cup is actually called the “Scoff-ee Cup,” and is being tested in Britain as a part of the launch of Seattle’s Best Coffee, a Starbucks product, in KFC’s restaurants. The cup and coffee are still in their experimental phase and could see release in the United Kingdom at a later time. Americans will need to wait, as there are currently no plans to release the product stateside.

KFC’s leadership is apparently on-board with the idea as well, thinking of the cup as an “after-meal dessert” for consumers to enjoy, more than just a simple way to discard waste. “If our customers occasionally like to have their cake and eat it, why wouldn’t they want to have their cup and eat it, instead?” said KFC spokeswoman Jocelyn Bynoe, per USA Today.

Though unorthodox, you have to hand it to Yum Brands on this one. The whole project is definitely intriguing, and should drive in customers looking to satisfy their curiosity, at the very least. Naturally, the biggest obstacle to the ultimate success of the Scoff-ee Cup will be getting consumers to buy in to the idea of literally eating a cup. Then again, maybe it’s delicious?

If KFC truly is trying to recapture the attention of the millennial demographic, this may not be the best way to do it. As previously mentioned, fast food restaurants have been suffering as millennials have started to spend their money at places like Panera Bread or Chipotle — in part because of food quality. With many people looking for healthier alternatives to traditional fast food, is offering a chocolate-coated wafer and sugar concoction really the way to win back affections? Also, how will KFC get people to start connecting their restaurant with coffee? McDonald’s has managed to do it over the past few years, but it will take some work to get consumers thinking about the combination of friend chicken and a dark roast drip.

The truth is, there are probably a lot of people that love the idea, and it could end up being a hit. After all, KFC has been able to take fairly wacky ideas and make them work before, so why not this? If KFC can convince us to eat the Double Down, why not food containers as well?