Kick Your Portfolio Into High Gear With CarMax 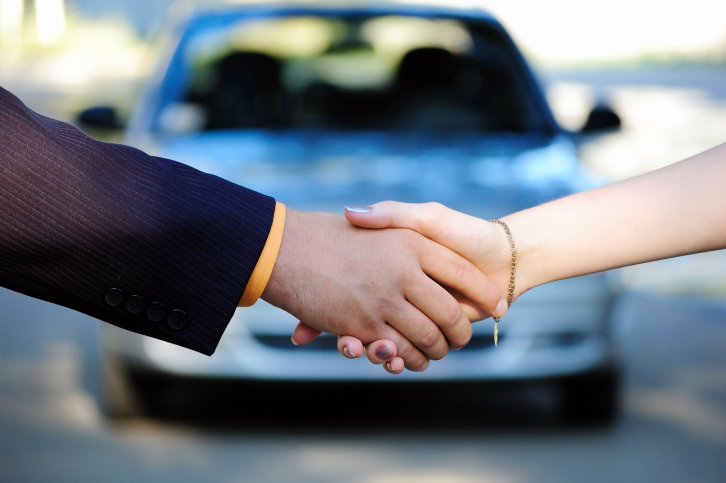 CarMax Inc. (NYSE:KMX) is a very well-known company that operates as a retailer of used vehicles in the United States. You should know that it operates in two main segments: CarMax Sales Operations and CarMax Auto Finance. It sells vehicles that do not meet its retail standards to licensed dealers through on-site wholesale auctions, as well as sells new vehicles under franchise agreements. The company also provides customers financing alternatives through its finance operation, CarMax Auto Finance, as well as through its third-party financing providers. In addition, it offers a range of other related products and services, including the appraisal and purchase of vehicles directly from consumers; sale of extended service plans and guaranteed asset protection services; and vehicle repair services. The company provides vehicle financing services through its CarMax superstores.

The business has been quite profitable, but the stock has been flat over the last 52 weeks. I suspect the stock is ready to breakout however, as its most recent earnings were much better than expected.

Wholesale vehicle unit sales grew 9.9 percent versus the first-quarter of fiscal 2014. Wholesale unit sales benefited from increased appraisal traffic and a stronger wholesale vehicle buy rate, as well as the addition of new stores. Other sales and revenues increased 13.0 percent year-over-year. Extended protection plan revenues (which includes extended service plan (ESP) and guaranteed asset protection revenues) declined $0.9 million versus the prior year level reflecting an increase in the cancellation reserves for the underlying products and a modest reduction in the ESP penetration rate, partially offset by the growth in total retail sales. Net third-party finance fees improved $8.6 million versus last year’s first-quarter primarily due to the reduction in the percentage of sales financed by third-party subprime providers.

One down side is that in order to generate these sales and higher profits, expenses rose. Selling, general, and administrative expenses increased 8.0 percent to $313.4 million, primarily reflecting the 14.4 percent increase in the company’s store base since the beginning of last year’s first-quarter (representing the addition of 17 stores.) However, these expenses were offset by the CarMax Auto Finance income. CarMax Auto Finance income increased 8.7 percent to $94.6 million, driven by an increase in average managed receivables, partly offset by a lower total interest margin. Average managed receivables grew 20.1 percent to $7.39 billion as CarMax Auto Finance loan originations have grown in recent years. The total interest margin, which reflects the spread between interest and fees charged to consumers and its funding costs, declined to 6.7 percent of average managed receivables in the current quarter from 7.2 percent in last year’s first-quarter.

We continued our test to originate loans for customers who typically would be financed by our third-party subprime providers. During the first-quarter of fiscal 2015, we originated $20.5 million of loans in this test, representing 0.8 percent of retail unit sales. As of May 31, 2014, a total of $29.6 million of loans had been originated in this test. During the first-quarter of fiscal 2015, we opened four stores, including three stores in new markets (Rochester, New York; Dothan, Alabama; and Spokane, Washington) and one in an existing market (Harrisburg/Lancaster, Pennsylvania.) Subsequent to the end of the quarter, we opened our first store in the Madison, Wisconsin market. We had another great quarter, hitting an all-time record level of quarterly sales and earnings. The improvement was broad-based, with contributions from our retail and wholesale operations, as well as from CarMax Auto Finance.

Looking ahead, the company just beat earnings by $0.04 per share and revenues by $6.84 million. The stock finally looks set to break out. With the used car market picking up, sales growing, the company expanding to new markets, and the share repurchase program, I think the stock could set your portfolio to high gear as it takes off. I rate shares a buy and assign a $60 price target.

Disclosure: Christopher F. Davishold no position in CarMax and no plans to initiate a position in the next 72 hours. He has a buy rating on the partnership and a $60 price target.