Most parents, celebrities included, want their kids to be successful. However, how do those parents feel when their children out-succeed, or at least out-earn, them?

These celebrity’s children made a name for themselves and a hefty paycheck to boot. Check out the famous child-parent pairs as well as the one mother-daughter team who earn nearly the same (page 15). 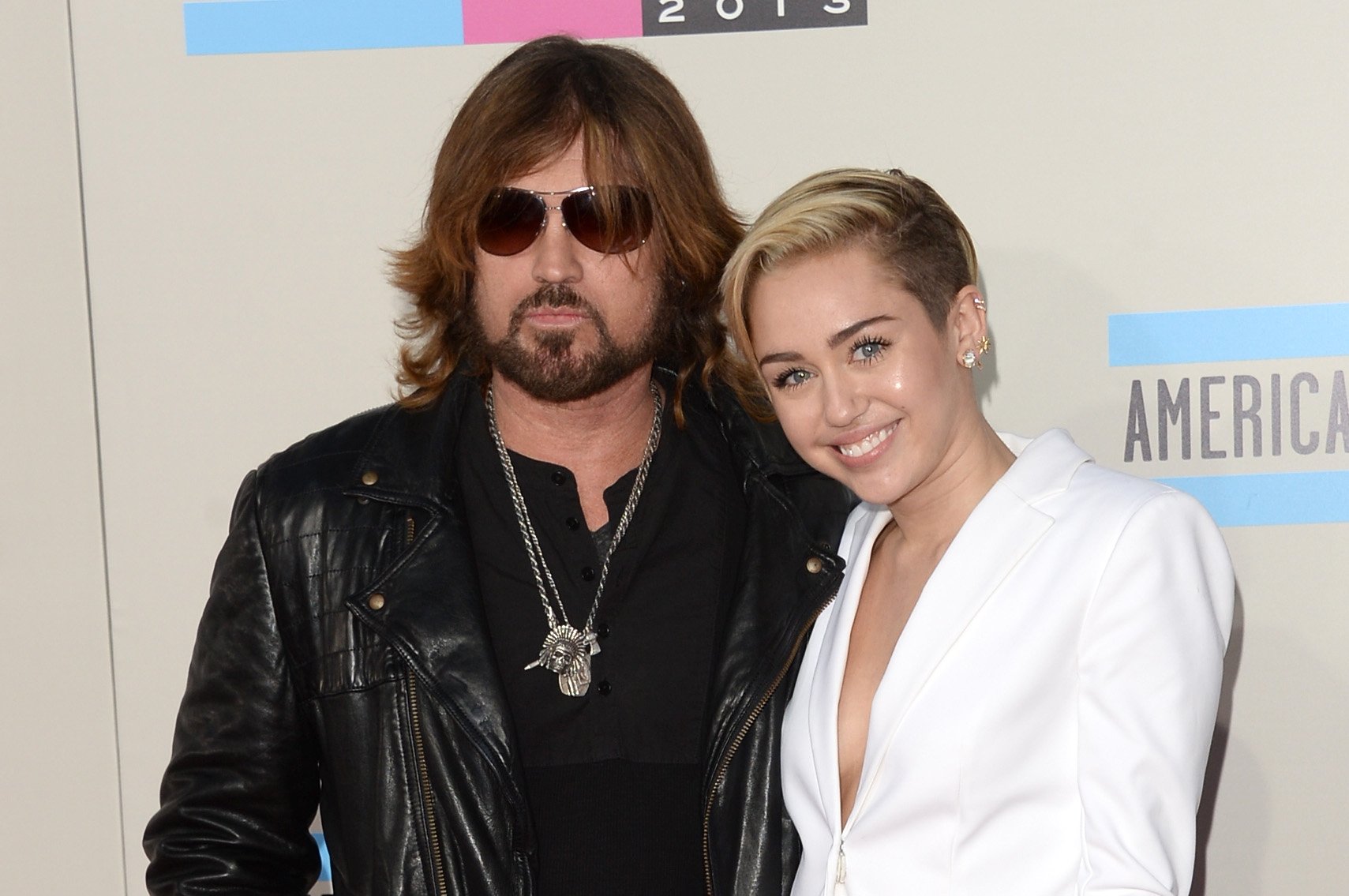 Miley has far and away surpassed her father’s net worth. | Jason Merritt/Getty Images

This news probably didn’t fix Billy Ray’s achy breaky heart: his daughter earns way more than he does. The singer-songwriter had hits like “Could’ve Been Me” and “Somebody Said A Prayer” back in his day, but in the post-Hannah Montana world, Miley beat him with Bangerz and Younger Now.

Miley earned $201 million from sold-out concerts and $76 million from endorsements in 2017.  A site estimated her lifetime earnings exceed $360 million.

Next: Goop has gotten her far 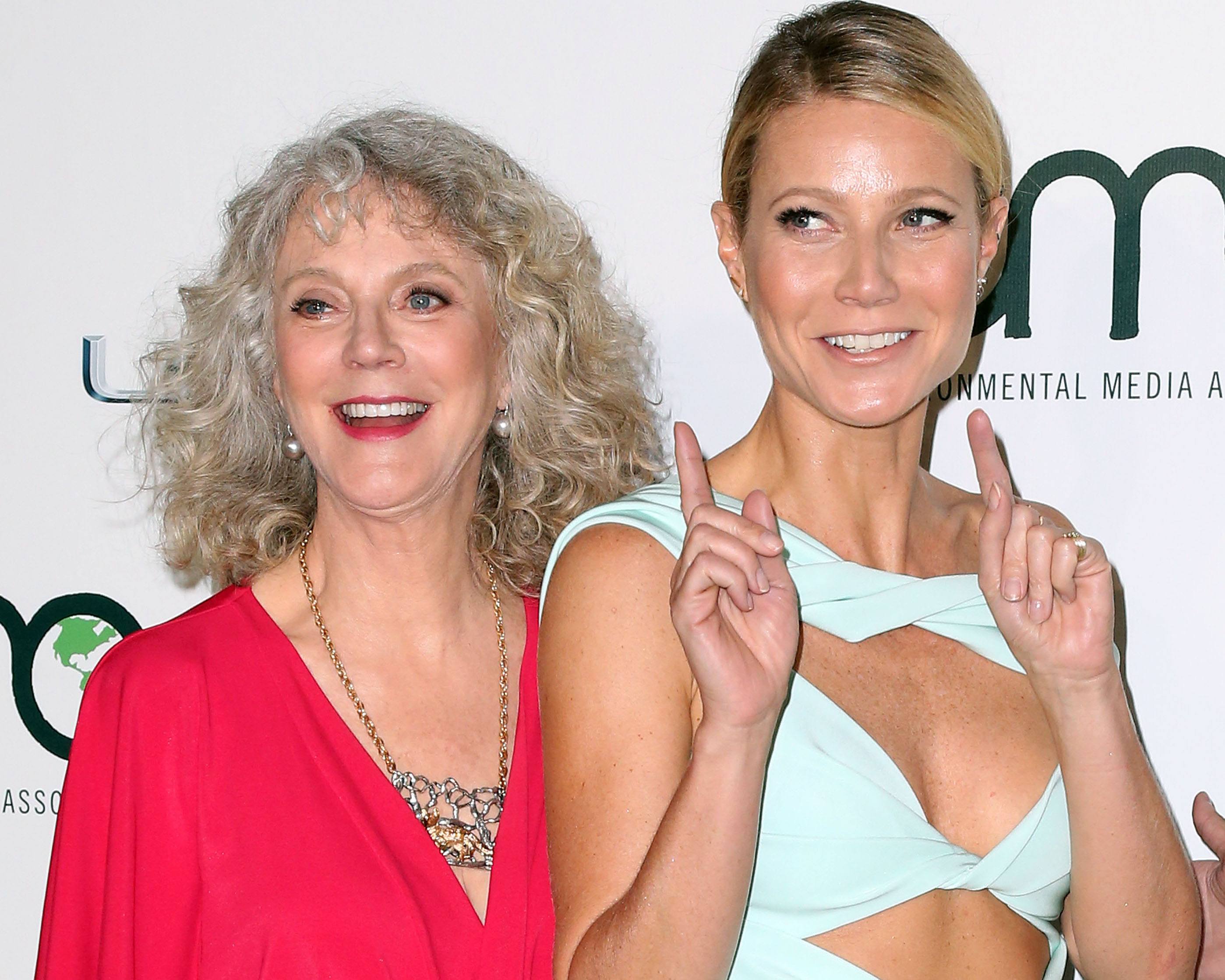 Blythe Danner may have taught daughter Gwyneth Paltrow not to get overly competitive, but Paltrow is still beating her mom out where income is involved. The actor-turned-entrepreneur made her millions acting as well as running her lifestyle company Goop.

Blythe Danner, who is best known for her roles in 1776 and Meet the Parents, and had roles in four movies in postproduction as of 2018.

Next: Blue Steel brings in the big bucks 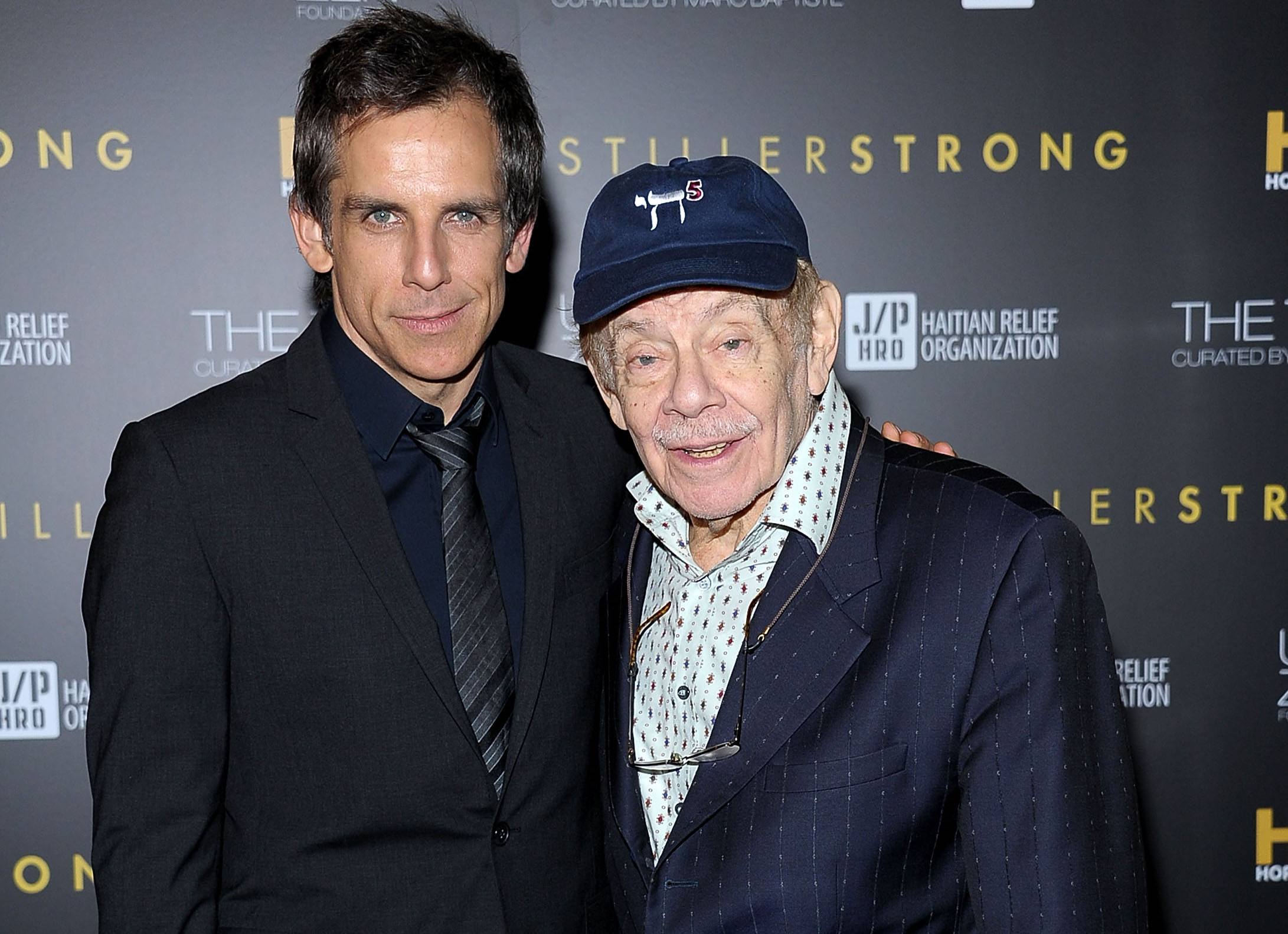 The younger Stiller has the majority of blockbusters. | Michael Loccisano/Getty Images

Jerry may have had Stiller and Meara and Seinfeld, but his son and protege Ben outearned him with blockbuster hits like the Meet the Parents trilogy and Zoolander.

Ben Stiller is one of the highest paid comedic actors according to Forbes. He made $53 million in 2010 following Night at the Museum: Battle of the Smithsonian. His average annual salary is $33 million.

Next: This celeb is worth over $100 million more than her father 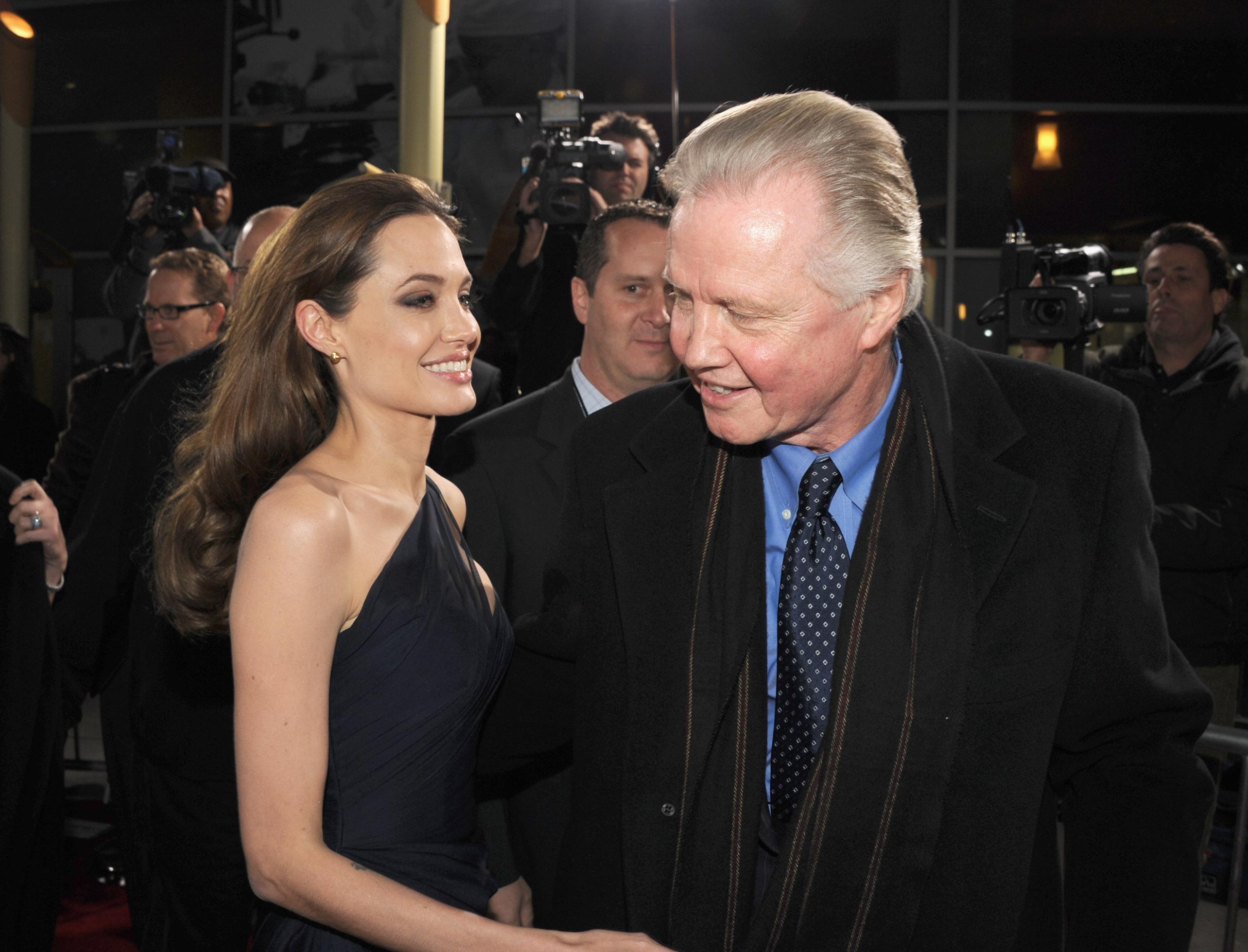 Angelina Jolie is the definition of a movie star. | Kevin Winter/Getty Images

The Academy and Golden Globe Award-winning actor rose to prominence from films Deliverance and Coming Home, but his daughter still out-earns him by a cool $100 million.

Jolie made her debut alongside her father in Lookin’ To Get Out when she was seven years old. She made a name for herself as a leading actor in Lara Croft: Tomb Raider and Mr. and Mrs. Smith. Jolie starred in Disney’s live-action version of Sleeping Beauty titled Maleficent in 2014 and was reportedly paid $15 million for her role.

Next: We hope this actor lets his dad borrow his Audi Q7 from time to time. 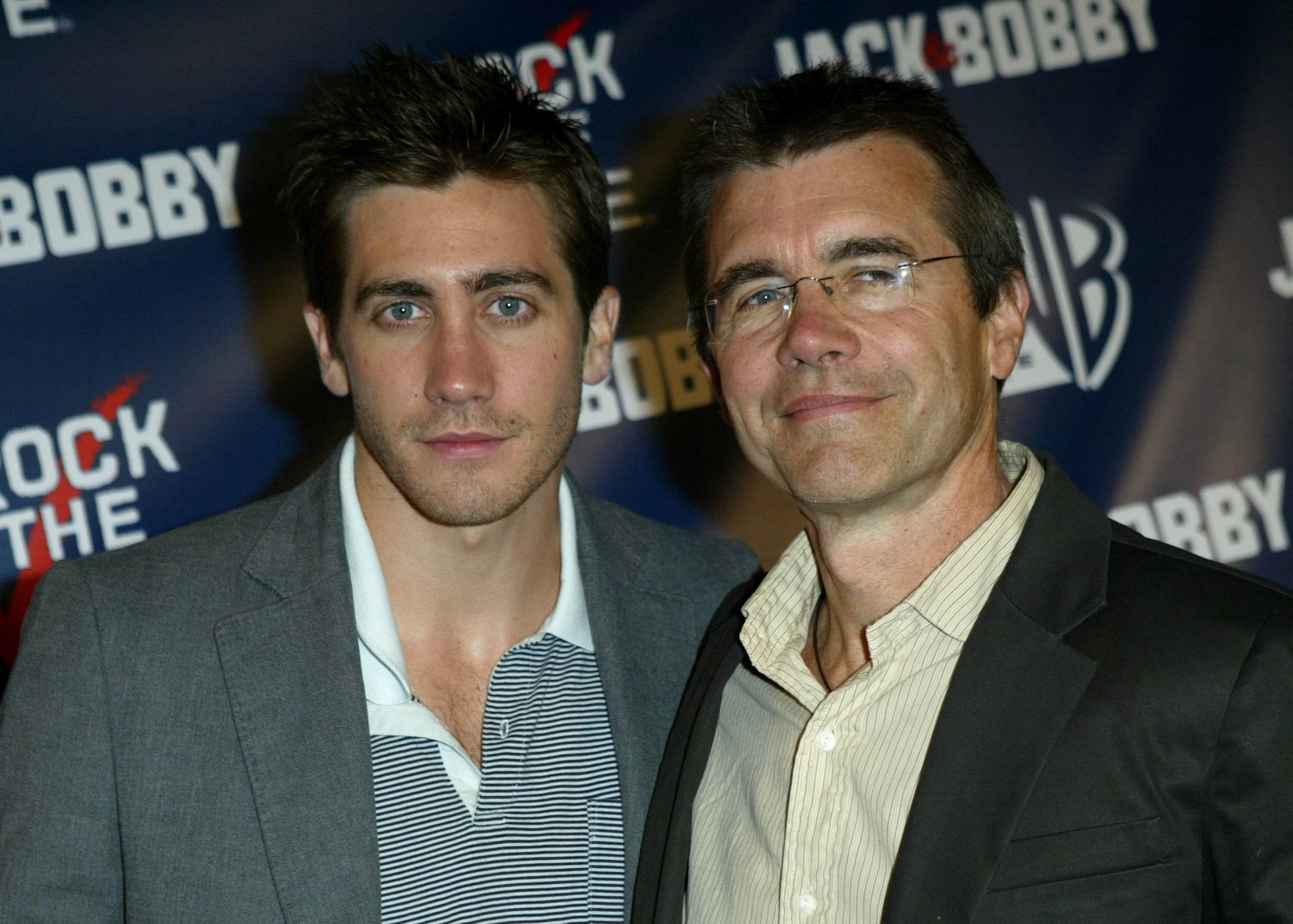 The director is out-earned by his actor son. | Frazer Harrison/Getty Images

Stephen Gyllenhaal is a director and poet. He directed Emmy-nominated work like Family of Spies and Paris Trout. Jake is a dual screen and stage actor currently scheduled to appear in the Broadway production of Burn This in 2018.

Jake owns an Audi Q7. According to Spear’s Wealth Management, he sold his Hollywood Hills home for over $3 million in 2017.

Next: Two (and a half) men make millions 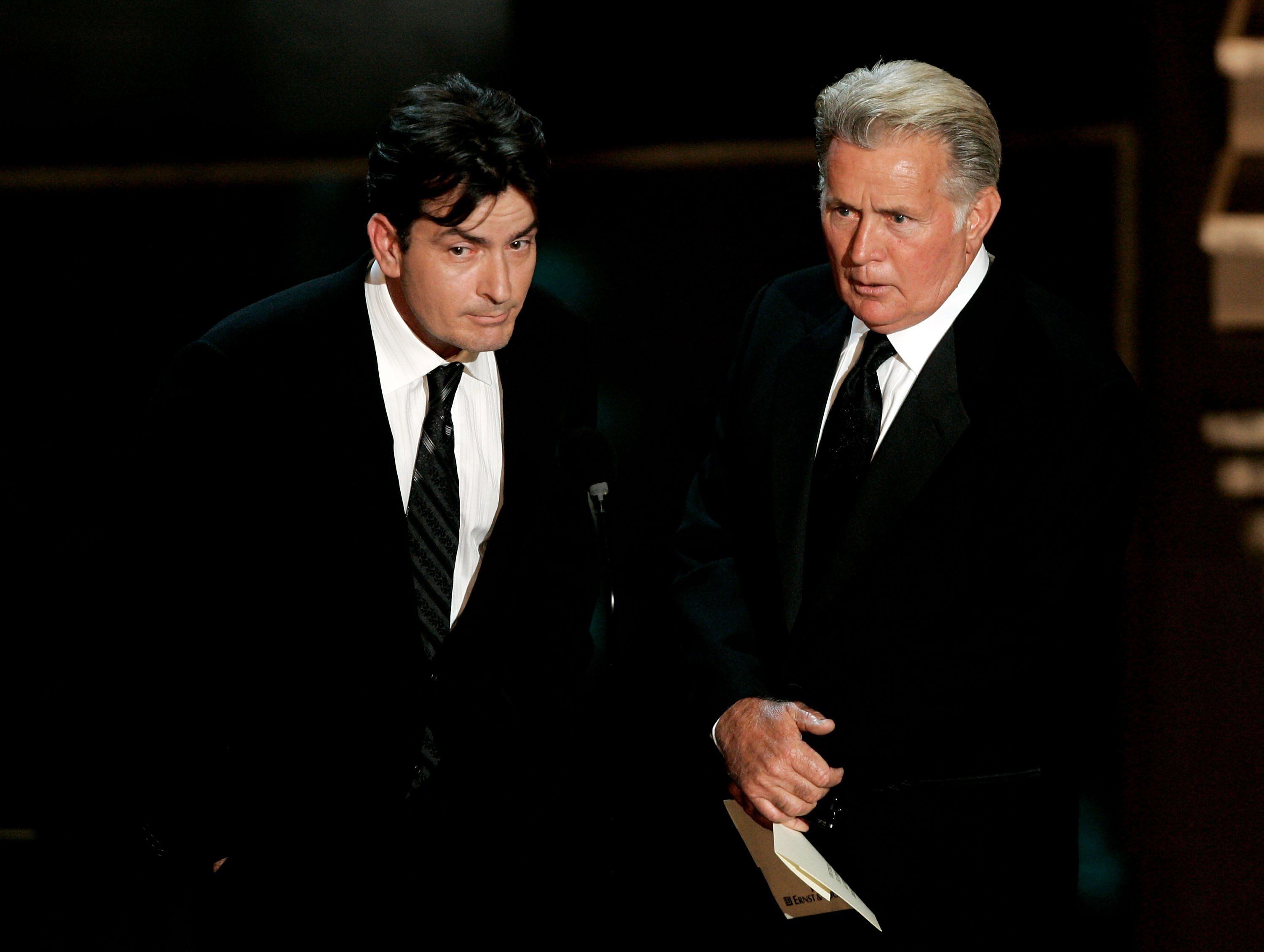 Despite Charlie’s difficult period, he made a huge salary for Two and a Half Men. | Vince Bucci/Getty Images

Martin starred in seriously high-grossing, acclaimed films like Apocalypse Now and The Departed. However, his net worth still falls short of his son — Charlie Sheen — by $100 million.

Charlie Sheen is known for his leading role in Two and a Half Men. He won an ALMA award, three Emmy nominations, and two Golden Globe nominations for his role in the sitcom. Charlie reportedly earned $1.8 million per episode during his final season.

Next: One of the famous Chrises has a famous father 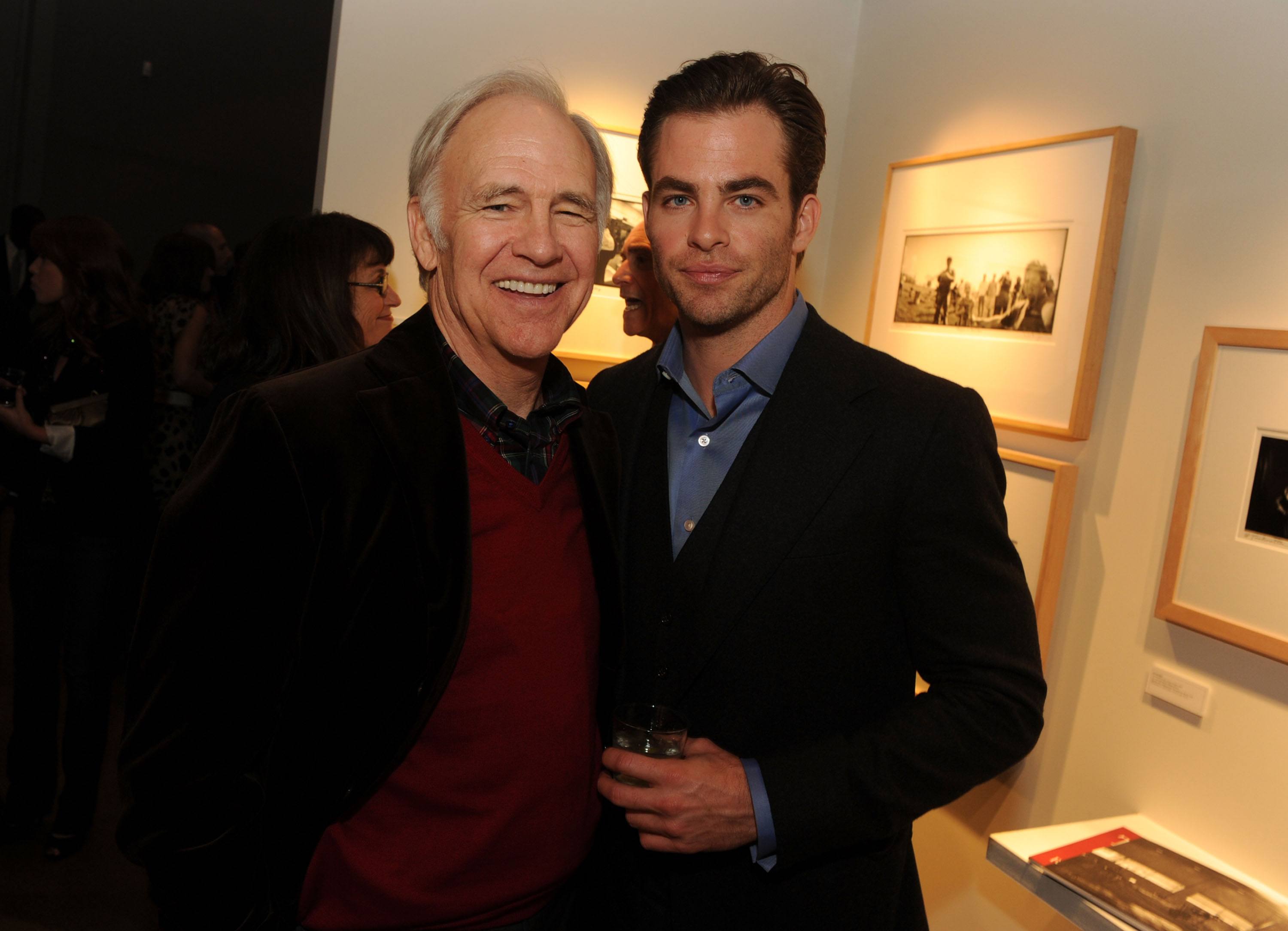 Between Star Trek and Wonder Woman, Chris Pine has been in some huge hits. | Kevin Winter/Getty Images

Robert rose to fame as Joseph Getraer on the NBC drama CHiPs, which ran for six seasons from 1977 to 1983. He recently played President Stevenson on Veep and even voiced the Bishop of Arendelle in Disney’s hit animated movie Frozen.

Robert’s financial success can’t compare to Chris’s, however. Chris first stole hearts as the devilish prince opposite Anne Hathaway in The Princess Diaries: Royal Engagement. He went on to amass his fortune starring as James T. Kirk in the Star Trek franchise and recently played Mr. Murry in the film adaptation of A Wrinkle in Time.

Next: At one point he beat everyone … including his father … as the highest-earning actor on TV 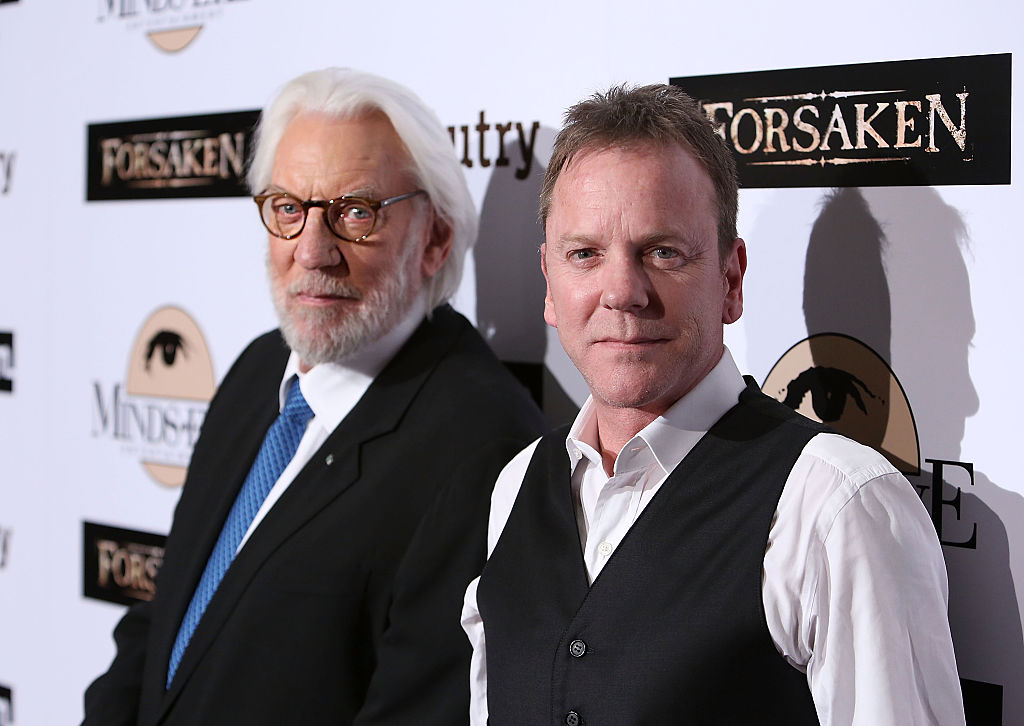 Kiefer was the highest-earning actor on TV at the time. | Jesse Grant/Getty Images

Donald is an acclaimed and versatile Canadian character actor who rose to prominence after appearing in several successful 1970s films. These included M*A*S*H,  Animal House, and Invasion of the Body Snatchers.

His son, Kiefer, followed in his footsteps and began acting as a teenager. He appeared in his first movie, Max Dugan Returns, alongside his father. Kiefer is well-known for his role as Jack Bauer in the show 24. His 2006 contract revealed his salary for three seasons — $40 million — which made him the highest-earning actor on TV at the time.

Next: Neither this actress nor her father can compare their money to her mother’s fortune. 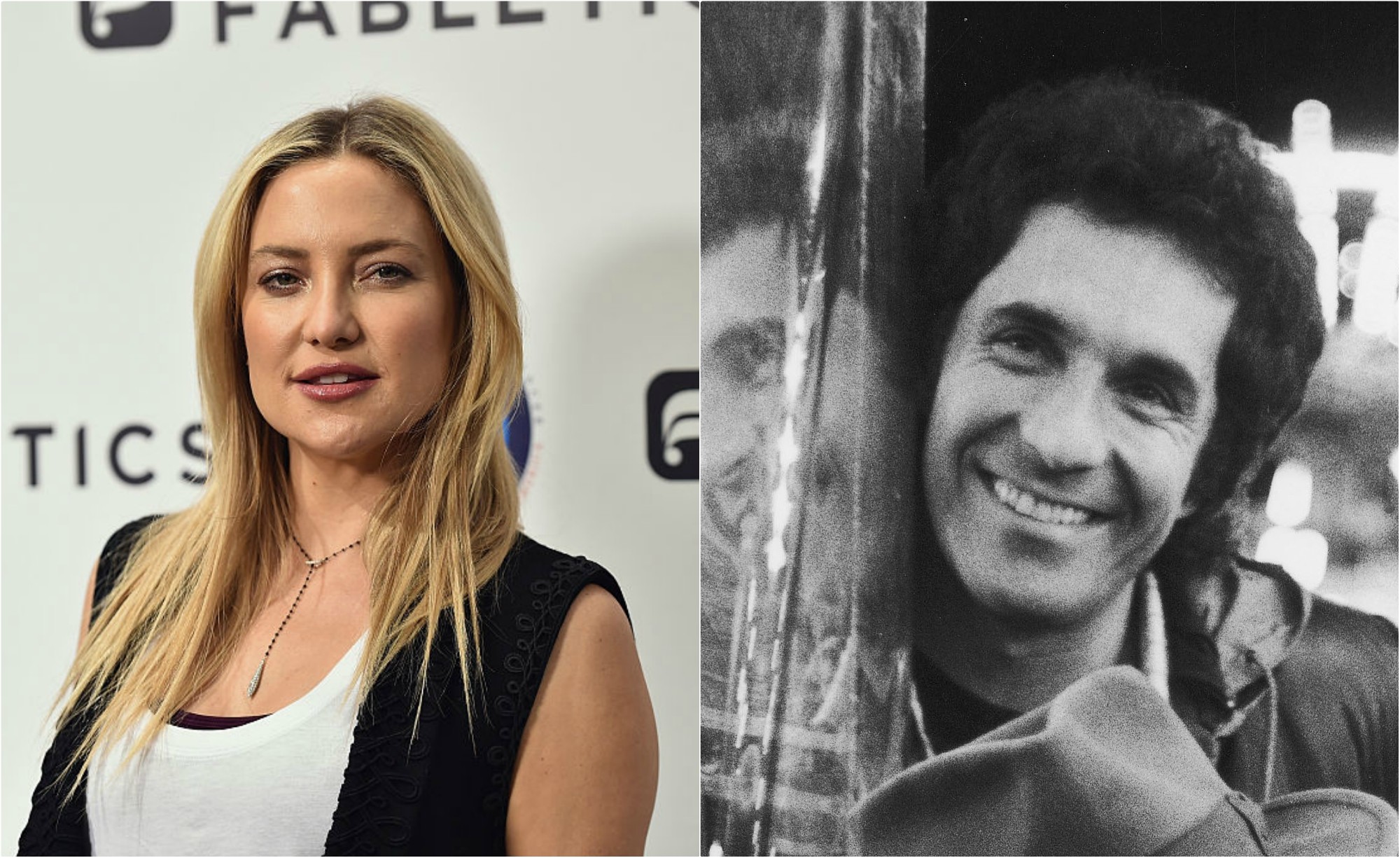 The mainly romantic-comedy actress and Fabletics co-founder has two extremely famous parents: father Bill Hudson and mother Goldie Hawn. While Kate out-earned her father, The Hudson Brothers singer, her mother, Goldie, remains the richest of them all.

Goldie rose to prominence on the sketch-comedy series Rowan & Martin’s Laugh-In. She recently returned to the silver screen in the Amy Schumer comedy Snatched after a 15-year hiatus from acting. Hawn amassed a net worth of $60 million, around $22 million more than her daughter. 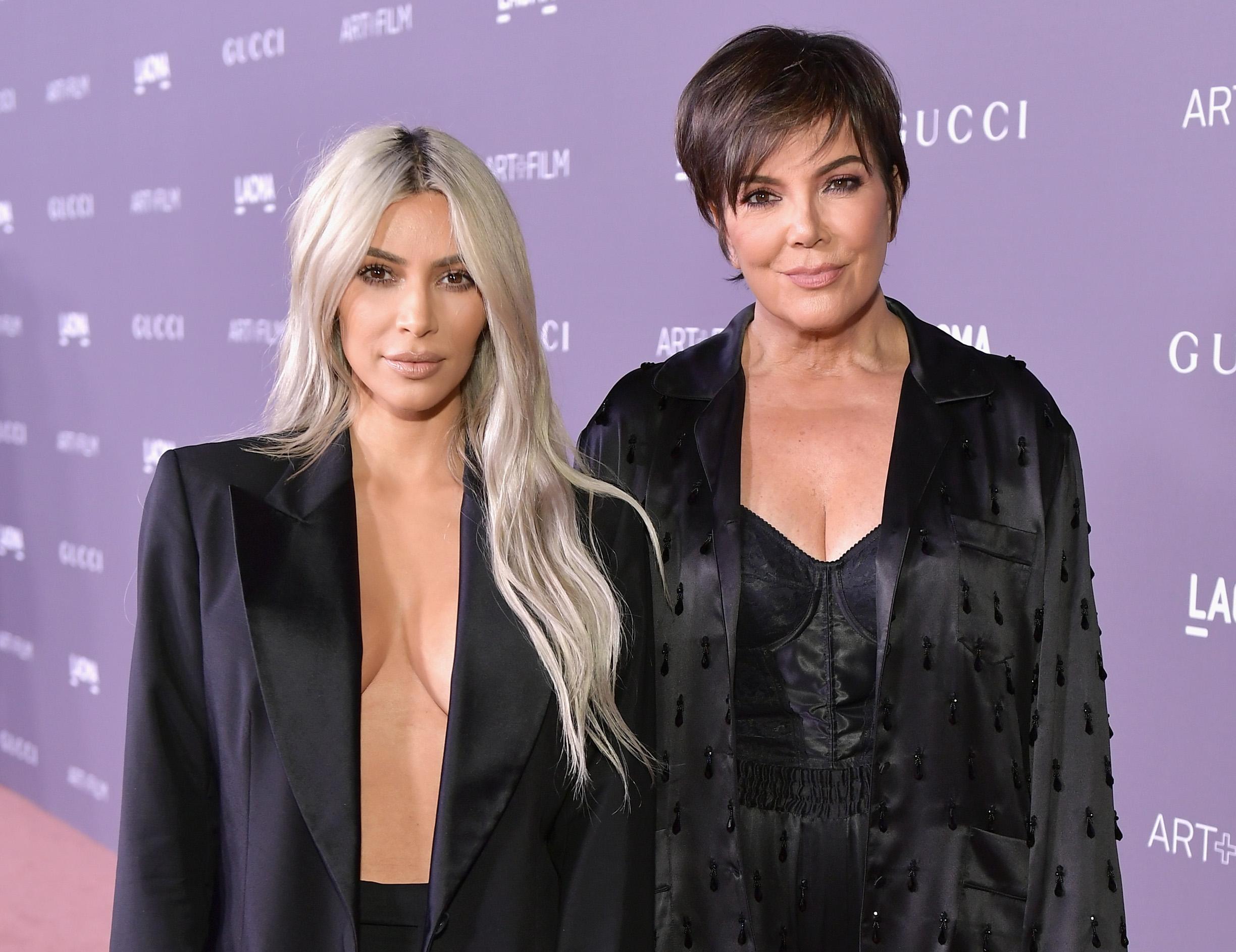 The Kardashian family may seem like a powerhouse of young entrepreneurs, but the only daughter to out-earn momager Kris Jenner is the one and only Kim Kardashian-West. The “Kim Kardashian-West” brand is a phenomenon and money maker in itself. According to Forbes, Kim makes $45.5 million from her app, Kimoji emojis, and product endorsements alone.

Kris Jenner makes her money managing her five daughters. E! pays Jenner $4.3 million annually for Keeping Up With the Kardashians. She profits from a portion of what each of her kids makes as well as her now-defunct jewelry line, her cookbooks, and other endeavors.

Next: She started as a singer and made her money from “understanding women” 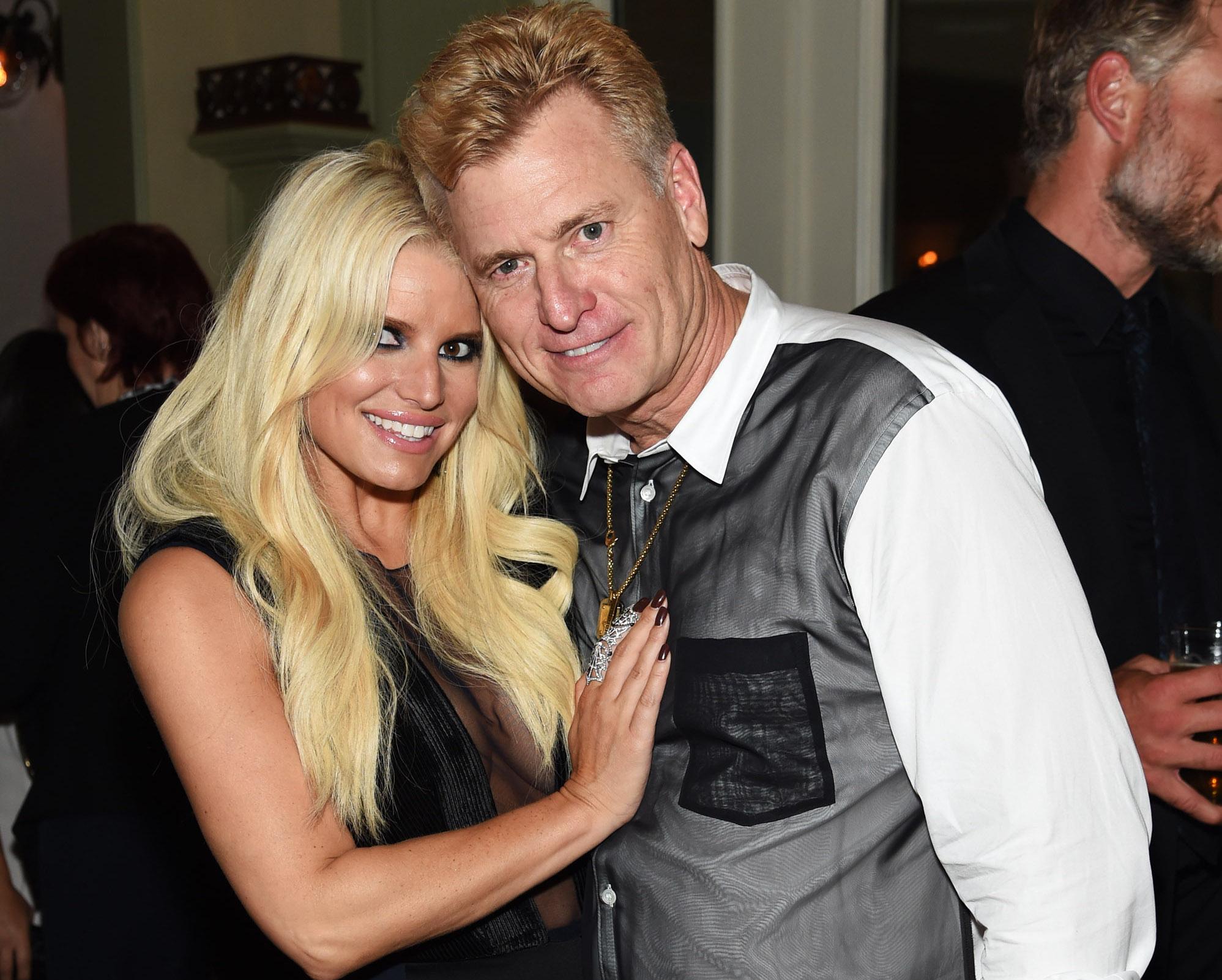 Jessica’s clothing empire is bigger than any of her other ventures. | Jamie McCarthy/Getty Images for Jessica Simpson Collection

All of those hats can’t compete with his daughter Jessica’s fortune, however. Jessica runs a $1 billion retail empire selling shoes and clothing for the everyday American consumer. “I have been every size on the planet and I understand women,” she told Forbes.

Next: The Jackson five, or six, or seven-figure paycheck 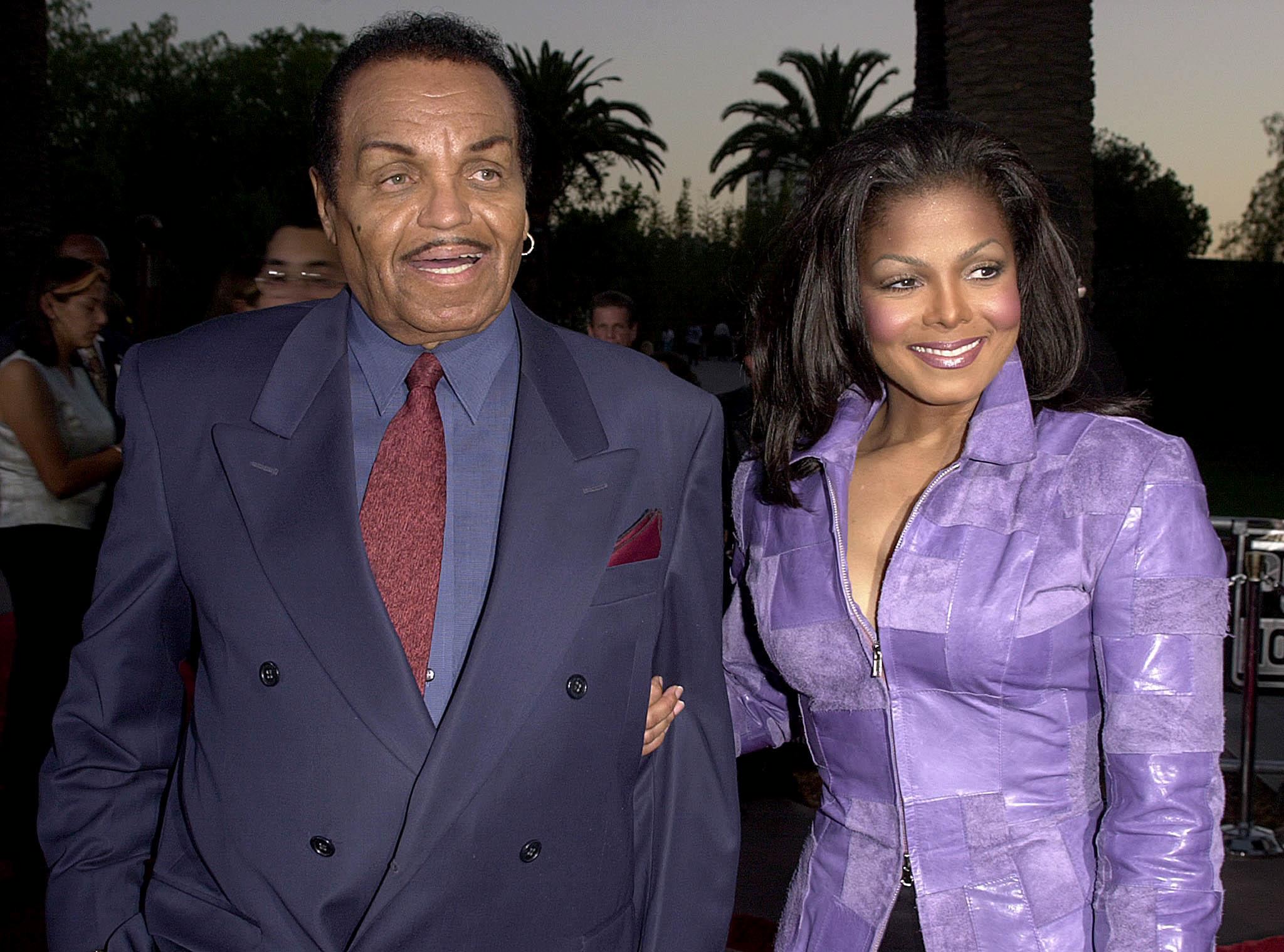 Janet has her own fortune way beyond that of her father. | Lucy Nicholson/AFP/Getty Images

Janet may be known to some as the sister of the legendary late Michael Jackson, but she amassed quite a following (and fortune) throughout her lengthy career. Jackson is one of the best-selling artists in the history of contemporary music, and her paycheck proves it.

After his brief stint as the guitar player for the blues band The Falcon, Joe began his career as a talent manager, primarily managing his own kids. The Jackson Five, comprised of five out of the 10 Jackson kids — Jackie, Tito, Jermaine, Marlon, and Michael — became so famous, Joe was awarded a proclamation in the Rock and Roll Hall of Fame as the Best Entertainment Manager of All Time.

Next: This actress promised to always support her mother financially 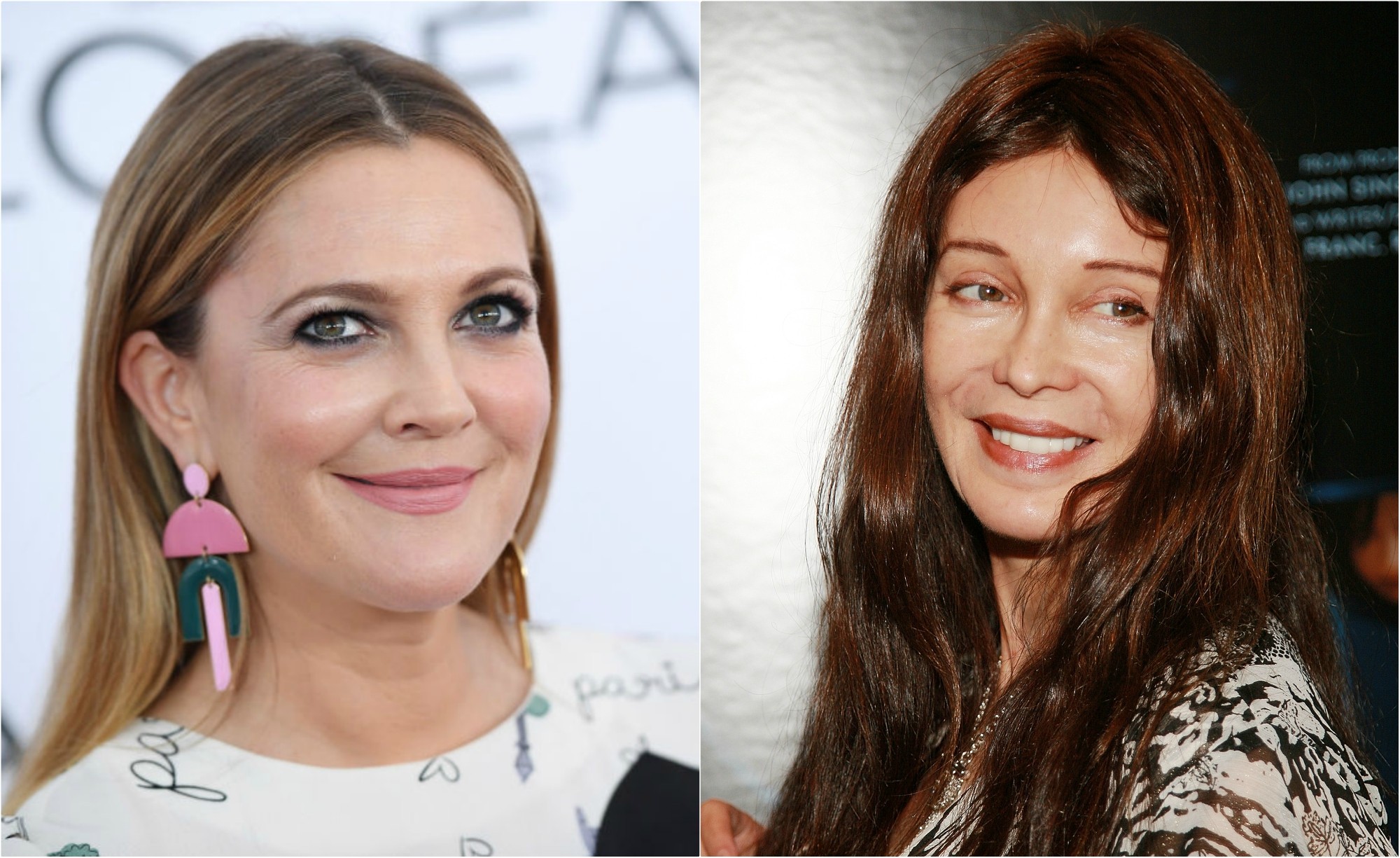 Mother-daughter pair Jaid and Drew Barrymore have been the subject of media attention in the past. In 1995, Jaid was photographed for the cover of Playboy nearly eight months after Drew. She allegedly was insecure about Drew’s level of success.

Drew successfully emancipated her mother, Jaid, at age 14. She didn’t keep in contact with her father, actor John Drew Barrymore, either. In 2015, Drew told Us Weekly she would always financially support her mother regardless of their complicated past.

Next: His father never wanted him to be an actor, yet he went on to be extremely successful 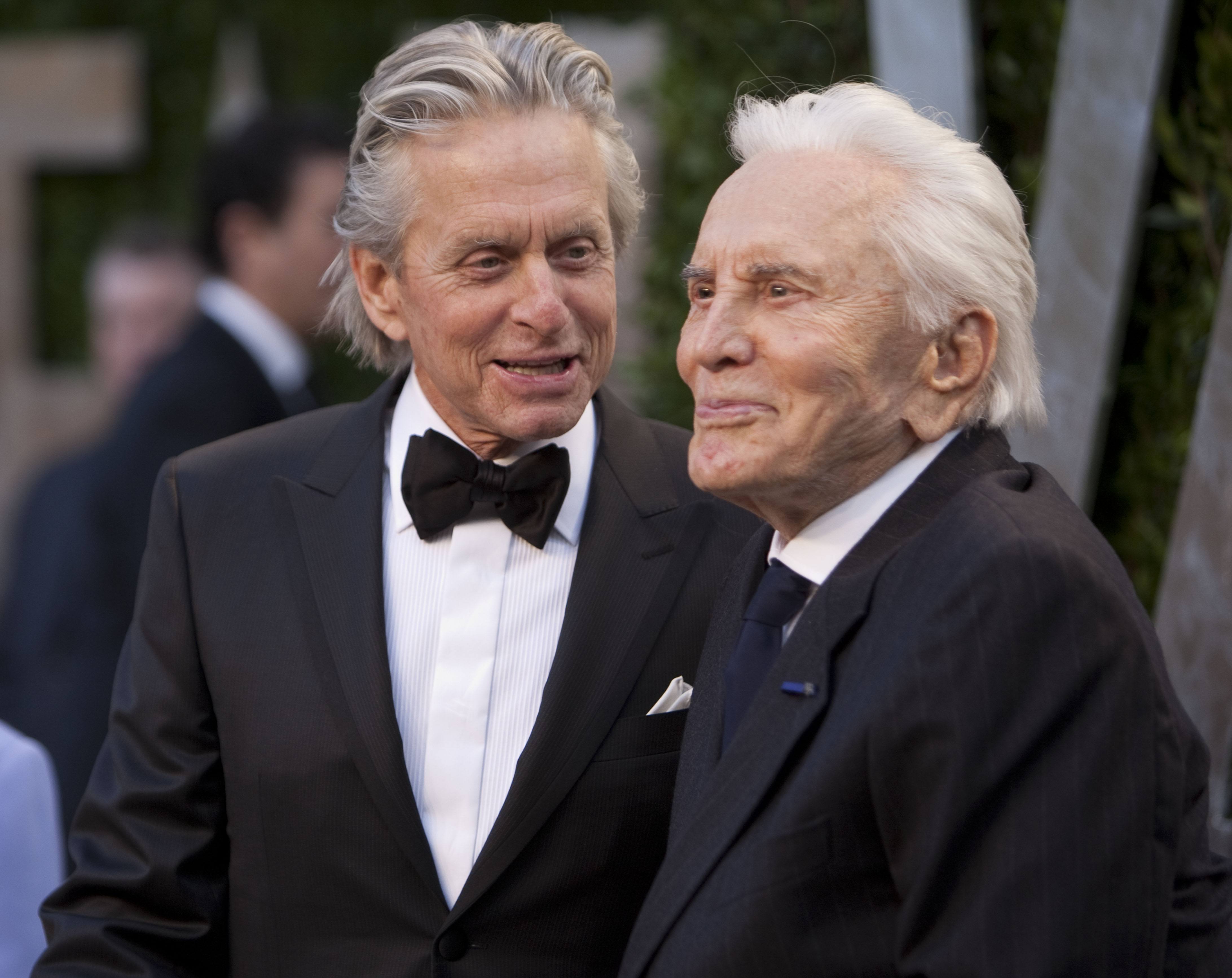 His father never even wanted him to act, but he’s laughing all the way to the back. | Adrian Sanchez-Gonzalez/AFP/Getty Images

Kirk Douglas and other actors from film’s Golden Age paved the way for artists like his son to shine. Michael certainly did, amassing a net worth well beyond that of his father. In fact, Michael told PEOPLE how his father never wanted him to act in the first place.

“I remember the first show I did, he came back and he said, ‘Michael you were absolutely terrible.'” Michael also relayed how he appreciates his father’s work more and more each passing year.

Next: This mother earns around the same as her daughter. Wait until you see what her husband makes 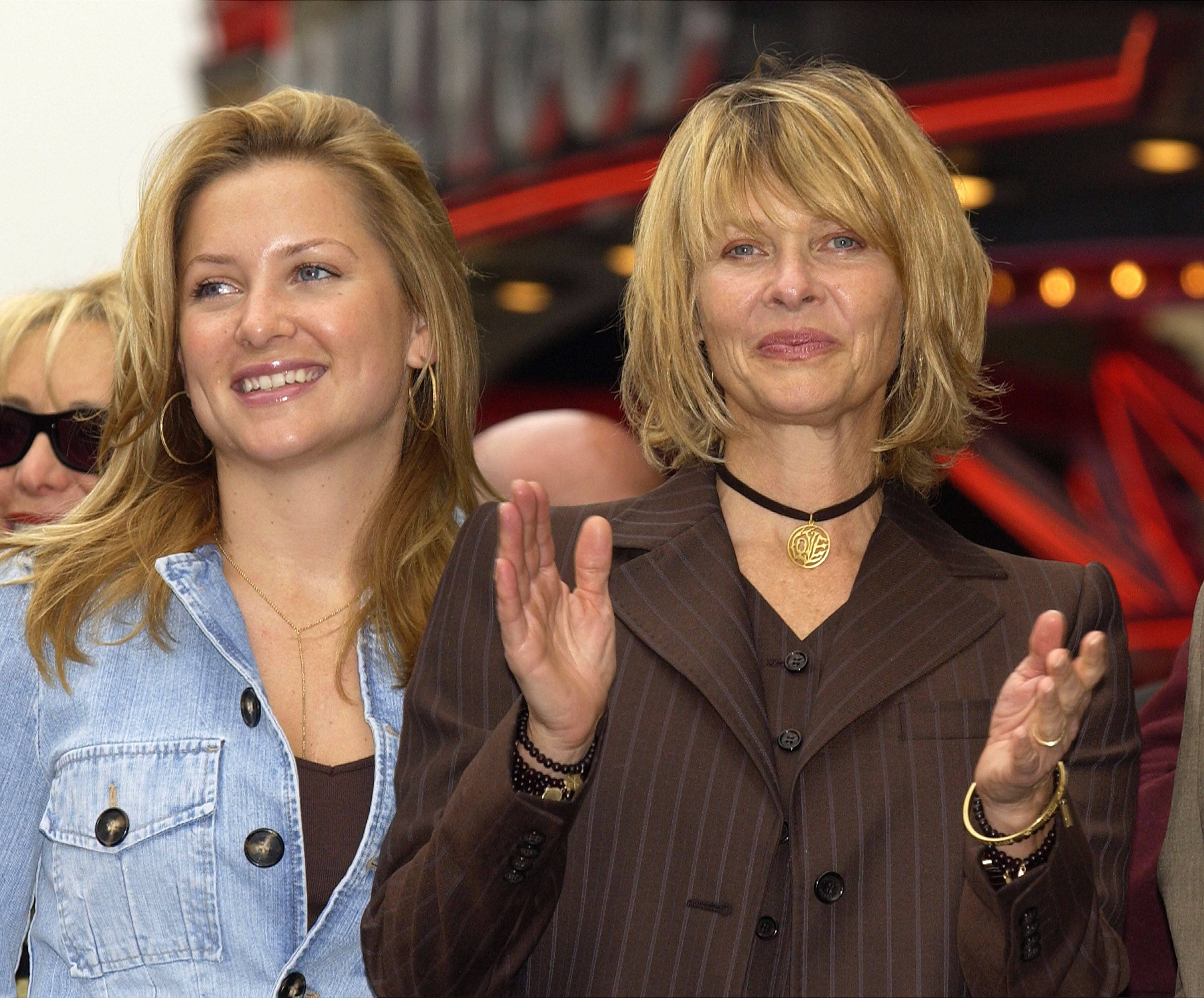 They’re on pretty even footing, but no where close to Spielberg. | Vince Bucci/Getty Images

The Grey’s Anatomy actress (Jessica) and her mother are pretty much equal where income is concerned. Kate is best-known for her role in future husband Steven Spielberg’s film Indiana Jones and the Temple of Doom.

Neither Jessica nor Kate can hold a candle to Spielberg’s success and fortune, however. The director, one of the most popular and influential in film history, is worth $3.6 billion.