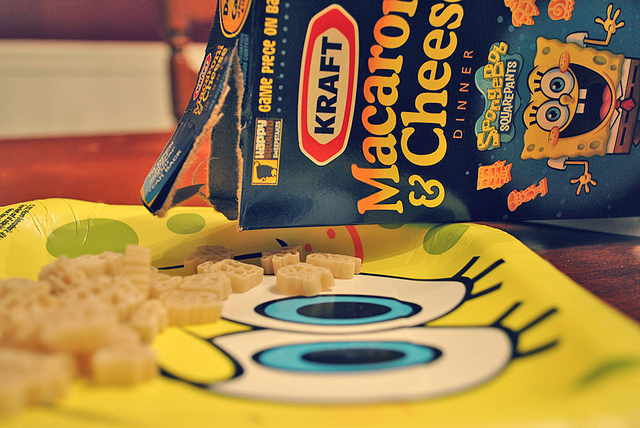 Kraft Foods Group (NASDAQ:KRFT) said Friday that it will remove the artificial food dyes, which have drawn criticism from health advocates who charge that the coloring has shown adverse effects on children’s behavior, from its character-inspired product line for 2014.

According to CNN, the boxes currently out on U.S. shelves containing pasted shaped like SpongeBob SquarePants and those with Halloween and winter shapes have artificial food dyes — Yellow No. 5 and Yellow No. 6 — that are banned in Europe and other places. Yellow No. 5 has been linked to hyperactivity, asthma, some skin conditions, and cancer, but it along with Yellow No. 6 were approved by the Food and Drug Administration for use in foods in 1969 and 1986, respectively.

To combat the outcry Kraft has received from featuring the food dyes in its ingredients list, the company announced in a statement this week that its new product line will have six additional grams of whole grains, be lower in sodium and saturated fat, and will use spices instead of artificial food dyes.

CNN reports that the news especially excited Food Babe blogger Vania Hari, as she was the woman who started a Change.org petition to persuade Kraft to remove the dyes. But Michael Jacobson, the executive director for The Center for Science in the Public Interest, voiced disapproval that the food company didn’t extend its ingredient change to its entire product list. Kraft’s elbow-shaped macaroni product will still contain the two artificial dyes.

Though Kraft criticism has swirled for years, it picked up recently because influential bloggers took note of Europe’s ban of Yellow No. 5 and blasted the company on the Internet for its apparent double standard. According to CNN, in Europe, foods with the dye have to include the warning “This product may have adverse effect on activity and attention in children,” but because Kraft wanted to avoid the label altogether, it stopped including the artificial dyes from its product lineup.

The move prompted Hari to team up with other Internet names and reach 348,000 signatures on a petition that asked Kraft to remove the dyes from its U.S. products. Hari presented the data to Kraft herself in April, and the company finally granted her request seven months later — except in the case of the elbow-shaped macaroni. 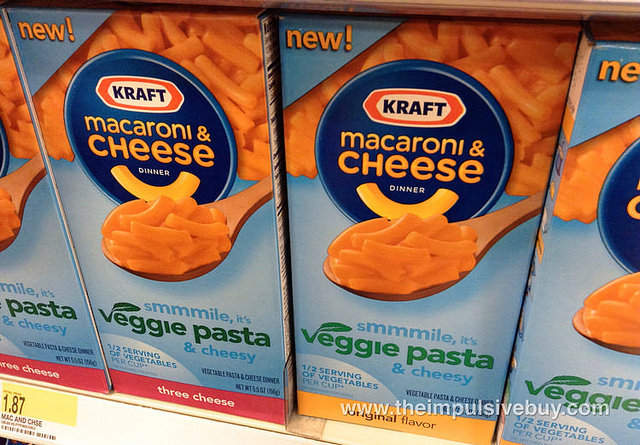 Jacobson said he is “puzzled” as to why Kraft would not change that iconic pasta product as well, but it is at least a step in the right direction for a company that has long lured in consumers with its cheesy and easy pasta offerings.

Kraft has certainly been the obvious target for activists who can point to the company’s clear contrasting ingredient lists, but Hari writes in her blog that many other food giants still make products with the potentially harmful additives, companies that include Mars Inc., which sells the family favorite M&M’s.