Trump’s Taxes: Is it Legal to Avoid Paying Federal Taxes?

In the world of small talk, taxes are the lemons of conversation. The sour topic is almost guaranteed to raise the heart rate of any genteel person, no matter their income level or political leaning. (We dare you: Go ask your grandfather about his property tax bill sometime.) The reality is that we’re pretty much OK with everyone else paying their fair share of the tax burden in this country, but when it comes to our own wallets, we’d really be alright with a little less responsibility.

That’s likely part of the reason why Donald Trump finds himself backed up against a wall in recent weeks, at least in terms of his tax payments. If we all had to pony up a check to Uncle Sam for our income in the past several years, so should everyone else. And when it comes to someone who proclaims to be worth billions? His check better be bigger than ours, too.

But the fact is, Trump might have found a way to skirt paying anything to the federal government in terms of income taxes, perhaps for several years in a row. According to a string of reports from the New York Times, Trump took huge losses in the 1990s based on failed (or failing) ventures in Atlantic City casinos, an “ill-fated foray” into the airline business, and unfortunate timing with the purchase of the Plaza Hotel in Manhattan. According to Trump’s 1995 tax records, those business decisions accounted for a $916 million loss that year — which in turn could be used to avoid paying federal income taxes for an estimated 18 years afterward.

Essentially, there’s a tax law that allows wealthy families to declare losses like that as a “net operating loss.” No one knows exactly how Trump used the loophole to his advantage, since he has yet to release any subsequent tax returns on his own. However, tax experts hired by the Times estimate that he could have avoided paying taxes on $50 million worth of income each year, for up to 18 years.

Of course, most people don’t like the idea that business management issues appear to be the reason Trump was able to avoid paying federal income taxes — something he has since admitted to in a presidential debate. In return, opponent Hillary Clinton blasted Trump for using the tax code aggressively to avoid paying his share for the military, veterans, and health care. Never one to shoulder public ire on his own, Trump touted that it’s a loophole many of America’s mega-rich use to get out of paying federal taxes — including Warren Buffett.

“Many of her [Clinton’s] friends took bigger deductions. Warren Buffett took a massive deduction,” Trump said during the debate.

While it’s likely a fact that Buffett has highly paid tax experts helping him manage his massive wealth (now an estimated $64.7 billion), Buffett quickly retorted that he has paid federal income taxes since 1944, when he was 13 years old. According to a report from CNN Money, Buffett reports that he paid $1.9 million in federal income taxes in 2015. He did take $5.5 million in deductions, over half of which were for allowable charitable contributions.

Though it’s impossible to say for sure without Trump releasing his tax forms, it’s likely the self-proclaimed billionaire hasn’t done anything illegal, per se, to get out of paying federal taxes. In fact, it’s one area where we might want to take a closer look, and see if there’s anything we can learn.

Should you try to pay less in federal taxes? 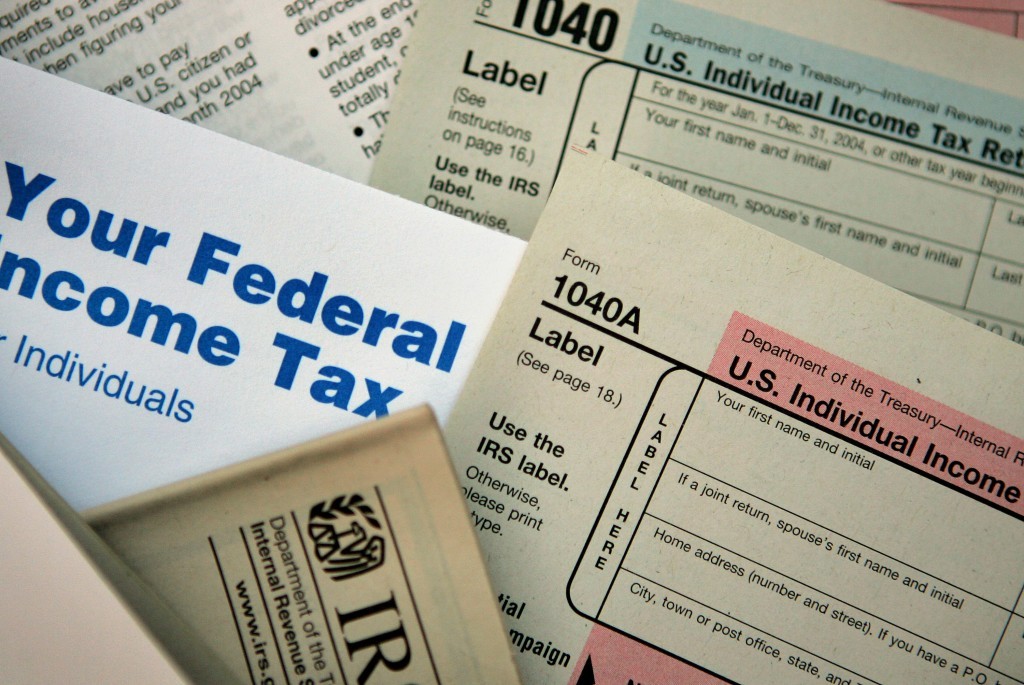 Tax laws are notoriously complicated, but they can be extremely advantageous if you know how to use them to your benefit. Arguably, that’s what Trump has done in this case. Does it earn him goodwill brownie points? No. However, it’s likely saved him millions of dollars over the years.

By this point, Trump likely knows a lot about the tax code on his own. However, it’s also true that he has the resources to pay for the best tax lawyers available. Most of us don’t have those same funds, but the principle remains the same: When there’s an opportunity to save money on taxes, we’re going to take it. The problem is, we don’t always realize how many loopholes there are.

The truth is, a large percentage of Americans don’t pay federal income taxes. In his own presidential campaign, Mitt Romney found himself in hot water about comments he made concerning the 47% of people who don’t pay income taxes. The exact percentage is debated, but most report the figure around 44% today. Most of those people avoid paying income taxes because they don’t earn much to begin with. Roughly 75% of the estimated 77 million taxpayers who don’t owe anything in income taxes earn less than $40,000 per year. A significant portion are also elderly, taking advantage of Social Security and Medicare benefits.

On the flip side, the wealthy can get away with lower tax bills because of remarkable tax breaks. However, that doesn’t mean you need to become a tax code expert or hire the most expensive accountant to take advantage of them. You simply need to know what breaks and credits you qualify for. 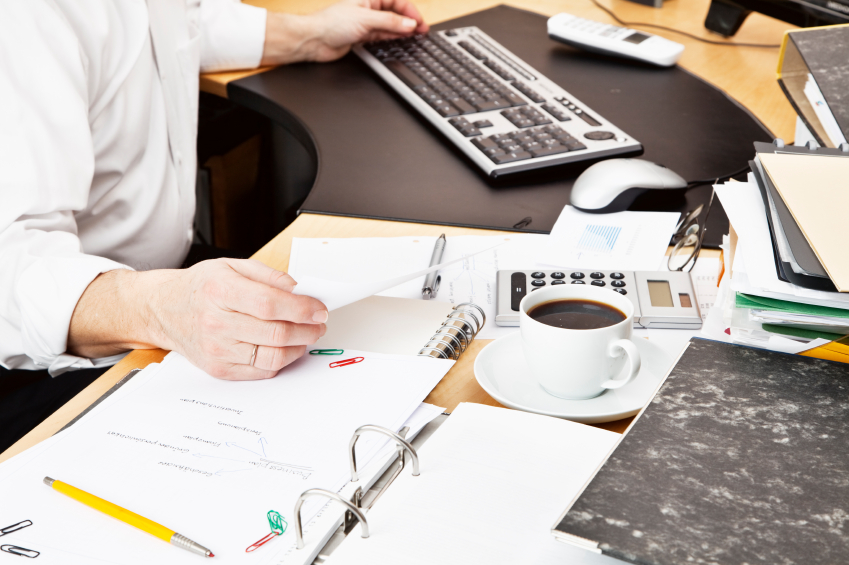 Not every tax break or credit will be easy to claim, but there are several common ones that almost anyone can take advantage of. It might not take your income taxes to zero, but in some cases it might get you close. Here are a few of them to get you started.

Family and personal deductions: According to Bankrate, the basic deductions for a married couple filing jointly with two dependent children can be up to $27,800 before any fanciness comes into play. Items like earned income tax credits can reduce the bill even further — though they’re mostly applicable to families with low incomes.

Basic credits: You can get money back — or at least pay fewer taxes — when you use options like the saver’s credit, which allows low and moderate earners a break for saving for retirement. Child care credits allow you to lower your tax bill based on money you pay for childcare throughout the year.

Charitable deductions: If you’ve given money to a qualifying charitable organization, you’re able to deduct at least a portion of that giving from your taxes. There are limits on how much you can deduct: For example, Buffett said he donated more than $2.85 billion in 2015, while only $3.5 million of it was permitted as a deduction.

Medical deductions: Itemizing your taxes can be a headache, and could likely require professional assistance. However, if you have medical expenses that exceed 10% of your adjusted gross income, you can claim those on your itemized forms and reduce your tax bill.

Housing credits: If you own a home, you can deduct the interest payments from your federal taxes. Itemized filings can also include deductions for depreciation, HOA fees, maintenance, and the local property taxes you pay. For a full list of examples, Financial Samurai offers a few scenarios.

Energy credits: Along with mortgage payments, any money you spend to make your home more energy efficient can get converted into a tax credit. Adding insulation, using solar energy, replacing windows with more efficient models, and updating your heating and air conditioning system all generally qualify.

Education breaks: As it stands currently, you can deduct up to $4,000 of your federal taxable income if you pay tuition or fees for yourself, a spouse, or a dependent. In addition, up to $2,500 of your income is deductible if you’ve paid that amount (or more) in interest on federal loans.

Job-related expenses: In some cases, you can claim a tax write-off for job search expenses. If you end up moving for a job-related reason, you can also deduct those moving expenses, provided you itemize your taxes and keep a record of the related costs.

Self-employed perks: Arguably, the tax breaks get even better when you become self-employed. Though it complicates tax filings, it also gives you more flexibility — without breaking the law, or much of a sweat. One Wall Street Journal article describes how it’s incredibly possible to take $150,000 in income and reduce your federal income tax burden to zero. Huge write-offs for retirement savings, health care deductions, and legitimate business expenses are abundant. Granted, you’ll be keeping every receipt and in charge of choosing the right health insurance, but it becomes easier to see how the mega-rich make the tax laws work to their advantage.