Why Being a Franchise Owner Sucks 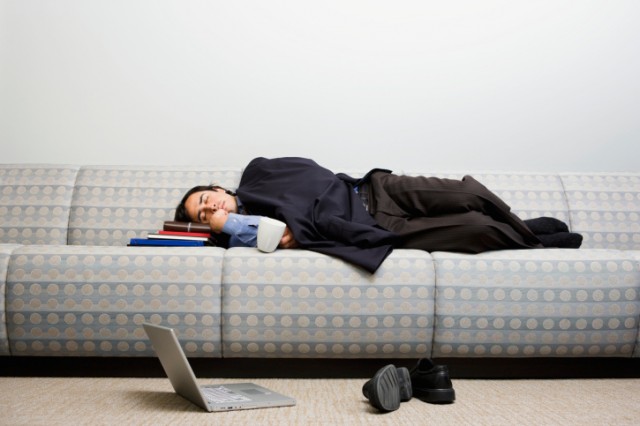 Going into business for yourself is a big, oftentimes scary, step. There are a thousand things to worry about and even when you think all the bases are covered, some unforeseen issue undoubtedly rears its ugly head. With marketing, product development, and proven workflow and business strategies to worry about, where’s an entrepreneur to turn?

The franchise model helps ease some of those concerns by basically allowing entrepreneurs to open up a small business under the umbrella of a larger one. Many restaurants use the franchise model, meaning that if you visit a Subway or McDonald’s, for example, you’re actually patronizing a small, independent business using the products, marketing, and name of a larger one. The individual owning that particular restaurant pays Subway or McDonald’s for the right to use those properties.

Clearly, there are a lot of advantages that the franchise model can afford. But a recent survey of franchise owners reveals that many of them are not happy, and are having a very difficult time just keeping their businesses afloat.

A survey from Franchisegrade.com, the results of which were recently reported by Bloomberg, shows just how dire things have become for many franchise owners. More than half think that they don’t make a fair profit, 91% of those surveyed were in debt, and around 66% operate at a loss or are breaking even, per the survey of more than 1,100 franchise owners. Those numbers are definitely eyebrow-raising, and what’s even more interesting is that the problems don’t seem confined to one specific industry — those surveyed owned franchises in business sectors ranging from fast food to hotels, and even real estate.

The reasons that franchisees are having so much trouble are diverse, but Bloomberg says that conflicts with parent companies and societal pressure to both increase wages and improve working conditions are big factors. Considering that franchisees often work long, 60-80 hour weeks, and that many of them are not even turning a profit, it sounds like owning a franchise in the current climate kind of sucks, for lack of a better term.

This shouldn’t be news to anyone who has been paying attention lately, particularly as big chains like McDonald’s have had historic struggles. While McDonald’s is far from the only franchise chain in the U.S., it is probably the most recognizable and one of the most franchisee-dependent, with roughly 80% of the company’s worldwide locations operating under franchise agreements.

With that much dependence on franchisees, and so many of those franchisees evidently unhappy or finding the business to be unprofitable, there are clearly some issues boiling to the surface.

A recent article from Business Insider detailing the results of a similar survey revealed that not only are franchisees unhappy and struggling, but that many are feeling “stabbed in the back” by their parent companies. The apparent animosity stems from the recent mandated wage raises, restaurant upgrades, and additional costs to food and marketing.

“Relations between McDonald’s Corporation and the operators are the worst I have ever seen,” one franchisee said, according to Business Insider’s report. “Operators feel betrayed. We have been struggling with profitability for the last year. We thought our partner understood this.”

Another franchisee felt even more betrayed by McDonald’s, writing that “McDonald’s has stabbed us in the gut,” and “my ‘partner’ has only itself in mind [and] it has declared war on the operator.”

A bit hyperbolic, perhaps, but it still illustrates how franchisees are feeling. And if this is the sentiment that is being felt across multiple industries, not just fast food, then some of the country’s biggest companies are going to start having some big problems on their hands. The franchise model is more prevalent than we might suspect as well, with hundreds of companies — representing thousands, if not millions of small, independent business operators — littering the American business landscape.

While McDonald’s may be the first company to come to mind, just look at a list of top franchisee businesses: Ace Hardware, Cartridge World, and even supplement and nutrition retail store GNC are all included.

So, if being a franchisee sucks, as a lot of the evidence indicates, can we expect the whole business model to fall apart? It’s possible, but more likely that parent companies will simply adapt to shifting sentiments and business climates. They’ll have to, seeing as how dependent so many companies operate on that setup.

For entrepreneurs looking to get their foot in the door, it may be best to cut your own path for the time being.