Lifehack: Don’t Focus on Work to Be More Productive

If you like your job and want to keep moving forward in your career, it’s likely that you aspire to be more productive. Not the hamster-on-a-wheel sort of productivity, but the real sort of progress that propels you — and your goals — forward. A Google search of “How to be more productive at work” brings up 35.8 million results, all presuming to give you the five to seven best ways to improve your work performance. But while learning your body’s timetable and setting up a daily routine are good steps, sometimes less is more. So instead of 10 of the best things, we’ll start with one rather contradictory idea: to accomplish more, focus less on work.

The idea is championed by Stew Friedman, a practice professor of management at the Wharton School, the business arm of the University of Pennsylvania. Friedman, after several books and research on the topic, has come to the conclusion that putting in extra hours at the office or coming up with a new work routine won’t ultimately lead to better work or higher satisfaction. “By focusing more on the areas of life you care most about, even if those aren’t work, you’ll perform better at your job,” he wrote in an article for the Harvard Business Review.

Friedman breaks up the general core values of a person’s life into four main sectors, including work, home, community, and the self (mind/body/spirit). When someone wants to become more productive at work, the natural instinct is to start working longer hours, sacrifice time that was normally spent with family, or volunteer to work weekends. But instead, people should focus more on the sectors that matter most to them. Friedman has spent decades researching the relationship between work and other areas of life, and agrees that some people do value work above all else. In a paper co-written with Sharon Lobel in 2003, Friedman acknowledges that several successful CEOs and business leaders often place work ahead of their family life or other priorities. But the difference is that some of those people would naturally choose work anyway, whereas employees working under them might choose other priorities above the workplace.

For those people who seem to struggle with choosing work instead of other things, Friedman has some advice: Choose the other things more often. By making even small tweaks in the time spent taking your kids to soccer practice or going to the gym, your performance will automatically improve at work as you feel more satisfied in all areas of life. “…When you undertake smart experiments with the intent of better aligning your actions and your values in a way that’s consciously designed to benefit yourself, your work, your family, and your community, you are likely to spend less attention on work while experiencing enhanced well-being and better performance (as assessed by others) in all domains,” Friedman writes.

In a study of 300 business professionals, Friedman found that the importance on certain areas of life didn’t change over the course of four months or so. But as they began to shift their focus to those areas in more deliberate ways, their satisfaction in all areas increased, not just the ones in which they were seeking to improve. This likely happens for several reasons, Friedman said: People spend less time on activities that aren’t important, and they are able to pinpoint more clearly the results that matter to people around them. Plus, workers tend to be less distracted when they know they’re giving ample attention to other priorities outside of work. “Further, the positive spillover from better experiences in the other parts of your life has an especially good effect on your mind, body, and spirit,” he writes.

Friedman isn’t talking about a work-life balance here. In fact, the professor detests the term “balance” because it implies there’s some form of sacrifice involved. “Most people operate in a world of thinking about sacrifice as a necessity, that you have to give up something in one part of your life in order to achieve success in another part,” he said in an interview with Wharton about his research. He elaborates further in another article: “Balance is bunk. It’s a misguided notion that assumes we must always make trade-offs among the different aspects of our lives.” 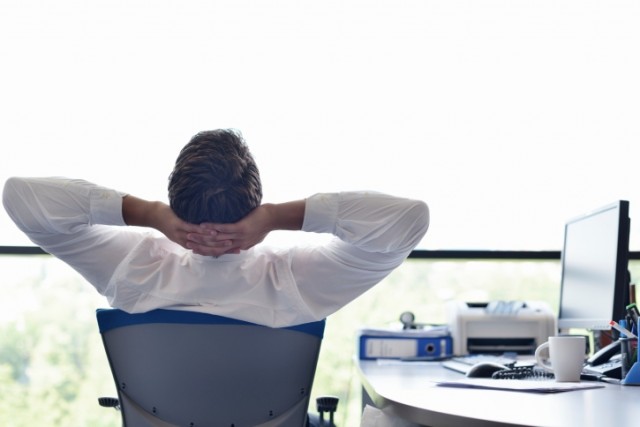 Instead, Friedman promotes a “four-way wins” strategy. By focusing more — even in little steps — on the things you’d like to prioritize instead of work, your performance overall will improve. As a side note, he also provides suggestions for those who truly do love work above all else. He calls them “Happy Workaholics,” and also notes they tend to be the people who are leading companies or departments. Through the study in 2003, Friedman found that these workaholics could create a culture in their companies of supporting all employees, regardless of their personal priorities, when they emphasize living in a way that is true to each person’s core values. “These executives are role models not for balance but for authenticity,” he writes.

The problem of satisfaction in all areas of life persists, Friedman writes. In some cases, that could be because of the ways the digital world has made it extremely easy to see work and other areas of life overlap more frequently, as people feel pressure to answer emails or take business calls during their personal time. Overall, Friedman suggests making changes in small ways, with full transparency and taking leadership in your own life, so you and people around you grow comfortable with the idea of shifting some priorities.

Friedman gives the example of “unplugging” so you can focus on family or community activities. Instead of setting the goal of three hours per day right off the bat, Friedman suggests setting a goal of three hours per week to start, and make adjustments moving forward. He also suggests gathering information for what might work or need refining, by discussing those plans with “stakeholders” — your boss, your spouse, or your kids. Finally, Friedman encourages people to find ways of deliberately tracking progress. With your boss, for example, Friedman thinks that coming up with a simple metric to measure some aspect of workplace relations will be helpful in tracking whether or not the shifts in behavior are having a positive effect. If they do — and Friedman suspects they will — it opens the door for further shifts between the different areas of your life.