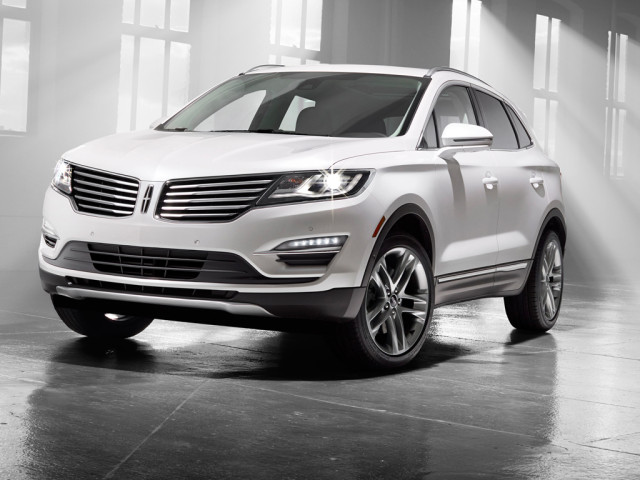 In order to fully re-invigorate the Cadillac brand, General Motors (NYSE:GM) had start over from scratch — essentially, it had to detach its luxury marque from the rest of its lineup, and distance itself from the badge-engineering strategy that it had relied on for many years. For GM, the shift worked in a big way, as Cadillac has been posting solid double-digit sales growth throughout the year.

Now, it’s Ford’s (NYSE:F) turn to apply the same technique. Like GM, Ford had relied on heavy badge-engineering for its Lincoln luxury brand, and for many years, Lincoln cars turned out to be little more than Fords with some nicer leather and different wheels. “If it looks like a Ford and drives like a Ford, history suggests it may actually be a Lincoln,” Detroit News quips.

But that’s changing dramatically as we can see from the recently introduced Lincoln MKC. Following the MKZ, the MKC is Lincoln’s second all new car, of four in total, that are spearheading the brand’s resurgence back to the American luxury psyche. Though it has its roots in the Ford Escape, the MKC has little in common with its now-distant corporate cousin — right down to the engine.

Powered by a 2.3 liter EcoBoost engine, the MKC’s powertrain is currently exclusive to Lincoln, on the all-wheel drive model of the MKC (for now, anyway). Further, the MKC’s differences extend beyond the engine bay: “The MKC is very athletic. The seating positions are different, the roof is different, it’s wider. It is not going to be mistaken for the Escape,” said Dave Sullivan, an auto analyst at AutoPacific Inc.

The MKC will arrive in showrooms next summer, and will carry with it Ford’s hopes to cash in on the popularity of the crossover segment, as well as the surge in the auto market. Crossover sales have seen a 200 percent leap since 2009, and have grown 25 percent this year alone. Industry insiders agree that Ford’s strategy should benefit the company well. “The timing is right for a vehicle in this segment,” according to Michelle Krebs, who is a senior analyst at Edmunds.com. “They’re getting into a segment that’s not heavily populated and is probably going to grow.”

Lincoln design director Max Wolff says that the MKC will feature the “the best example of Lincoln’s sweeping grille,” as well as a wrap-around lift gate that encompasses the entire taillight. Inside, wood, leather, and all the other luxury accoutrements can be found. However, the new body et al won’t imply that the Lincoln will be a bank-breaking experience — it will start at $33,995 after destination, the lowest entry point in the segment.

On top of it all, the MKC will be a technological powerhouse when fully equipped, Detroit News notes — much of which will be exclusive to the Lincoln brand. ”The MKC will offer approach detection, which will sense when an owner is near the vehicle and respond by illuminating “welcome mats” in the shape of the Lincoln logo on the ground next to both front doors; headlamps, tail lamps, and door handles also will light up,” Detroit writes.

“The MKC will be the first Lincoln to utilize a MyLincoln Mobile smartphone app which allows owners to start, lock, unlock and locate the vehicle, and set interior temperature gauges,” it continued, adding that, “Also available will be a new park-out assist technology, similar to Ford’s active park assist, which helps guide drivers into tight parallel parking situations. Park-out assist will help steer drivers out of tight parking spaces.”

Don’t Miss: GM Will Consider a Hotter SS If the Demand Exists.