Looking for a Good Job? Here Are the 5 Best Cities for Employees

Are some cities better suited for employees? Yes, according to Glassdoor’s second annual Employment Satisfaction Report, which offers a comparison by city of overall employee satisfaction, number of employers hiring, and business outlook expectations. The survey is based on feedback from local employees in the 50 largest U.S. metros over the past 12 months. To make the list, cities had to have at least 700 company reviews posted to Glassdoor from May 2013 to May 2014, and at least 60 business outlook ratings from April 29 to May 28, 2014. Here’s a look at the top five best cities for employees.

For the second year in a row, San Jose has been voted as the No. 1 city for satisfied employees with an overall satisfaction rating of 3.5 out of five. Of those surveyed, 42 percent felt as though the city’s business outlook will improve in the next six months, and it received a 3.5 for its compensation and benefits.

With a population of more than 1 million, the city is well-known for its Silicon Valley location and technology driven economy. In fact, it’s a great place for anyone in the technology industry. There are more than 6,000 tech firms that employ about 244,000 people in the area. What are some of the most in demand jobs in San Jose? Software engineer, product manager, and data scientist, and there are plenty jobs available as 4,200 employers look to hire.

“When we look at company reviews shared by San Jose-based employees, we see them speaking favorably about opportunities to work at several companies impacting lives and businesses around the world, new career opportunities with room for advancement, experienced senior leaders, a healthy work-life balance, and handsome compensation and benefits packages, which can include perks like free food, transportation to work, game rooms and gyms at work, and more,” Scott Dobroski, Glassdoor’s community expert, said to Forbes. “In addition, it wasn’t a big surprise to see San Jose rank number one, as it is home to seven companies, including Google, Apple, and eBay, which made Glassdoor’s most recent Best Places to Work list.” 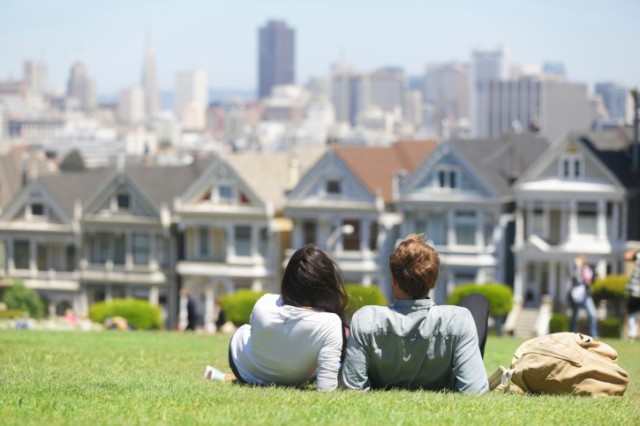 San Francisco has taken second place for the last two years with a 2014 satisfaction rate of 3.4. A whopping 48 percent of workers in San Francisco believe business will continue to improve over the next six months, while 20 percent expect it to get worse. For compensation and benefits, as well as career opportunities, San Francisco had scores of 3.3 and 3.2 out of 5, respectively.

Movoto writes that there are more than 2 million workers in the Bay area, with technology companies dominating the local employment landscape. However, there are plenty of financial and professional services jobs as well, in addition to a number of employment opportunities within the biomedical and education sectors. Further, salaries are usually in-line with the relatively high cost of living in the city. According to Glassdoor, there are 7,632 local employers hiring, with some of the most in-demand jobs being in software engineering, recruiting, and business analysis.

With a satisfaction rating of 3.4, there are 8,658 employers looking to hire and 39 percent of those surveyed are optimistic that business will continue improving in the next six months. Those who are looking for a career as a Java developer, business analyst, and technical writer are in luck — they’re the most in-demand jobs in the area, according to the Glassdoor survey.

The Glassdoor’s Employees’ Choice Awards 2014 showcased multiple Washington, D.C. companies in its list, including Edelman, RiverBed Technology, Gartner, Red Hat and Genentech, to name a few. Indeed has compiled its own list of best places to work in the area, as ranked by job seekers, ranking Appian, Concur, Salient Federal Solutions, the U.S. Coast Guard and a career in radio as its top five. There are certainly plenty of options for someone hoping to find a job in D.C. 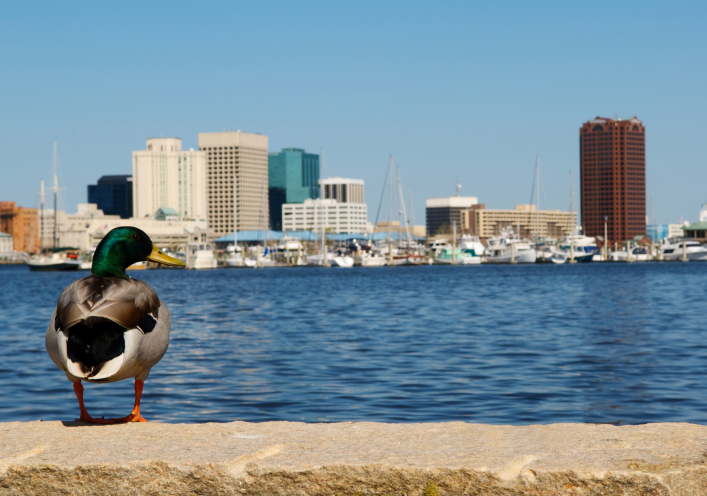 Norfolk has a 3.4 overall satisfaction rating, a 3.3 for compensation and benefits, a 3.2 for career opportunities, and 37 percent are optimistic that business will get better in the next six months. The city actually jumped eight spots from the No. 12 ranking it was given last year. What are the most in-demand jobs for those living in Norfolk? Sales associate, project manager, and occupational therapy.

Salt Lake City ranks as No. 1 when it comes to employee optimism for business outlook. Fifty-two percent of Salt Lake City employees believe business will improve in the next six months, and local employees report several benefits of working in Salt Lake City, including enjoying a healthy work-life balance, in part comprised of working reasonable hours and being able to take advantage of the city and outdoors. If you’re ready to pack up and move to Utah, Glassdoor’s survey showed that positions as a customer service representative, software engineer, and administrative assistant were most in demand. With a 3.4 satisfaction rating, there’s a good chance you won’t be disappointed.