Why We Love Yahoo and AOL Taking the Verizon Oath

Verizon’s recent purchase of Yahoo forms the biggest pledge to grow in company history. AOL, Yahoo, and several more of the most popular names on the internet can now be found under one roof: Oath. Think of Verizon’s Oath as nitrogen-enriched soil where popular brands grow even stronger. Although the effects of the newly acquired Yahoo are still being discussed by analysts, there are many reasons to cheer the deal. Let’s take a closer look at six reasons why Oath makes sense.

Few tech darlings that found stardom in the dial-up era are still household names today. The dot-com bust exposed thousands of companies that were swimming without a sustainable business plan. Companies, such as Pets.com, come to mind, the dot-com name synonymous with sock-puppet television ads. Pets.com was launched in August 1998, went public in February 2000, and closed shop in November 2000. Goldfish have longer lives.

Oath will house not one but two major tech names that continue to pass the test of time: Yahoo and AOL. These two titans of industry keep persevering through our ever-changing digital world to provide consumers with the content they crave. In fact, Oath will serve over a billion consumers with the help of more than 20 brands. There’s a clear demand for quality content, and Oath will supply it. 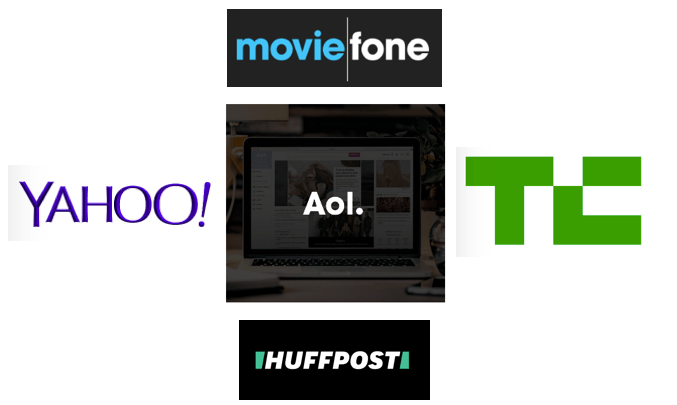 A few brands that have taken the Oath | Oath sites

We are an instant-connectivity society. It’s estimated there could be as many as 75 billion devices connected to the internet by 2025. Americans spend almost 11 hours each day staring at screens. Brands that win the software-based economy by connecting people to engaging content will thrive — now and in the long term. Those that don’t will go the way of floppy disks.

Oath forms a content king that is committed to winning. In addition to Yahoo and AOL, Oath will help grow other trusted brands under its kingdom, such as The Huffington Post, TechCrunch, Moviefone, and several more. This will be accomplished by helping consumers find the quality content and products they care about the most, via Oath’s interlocking missions. 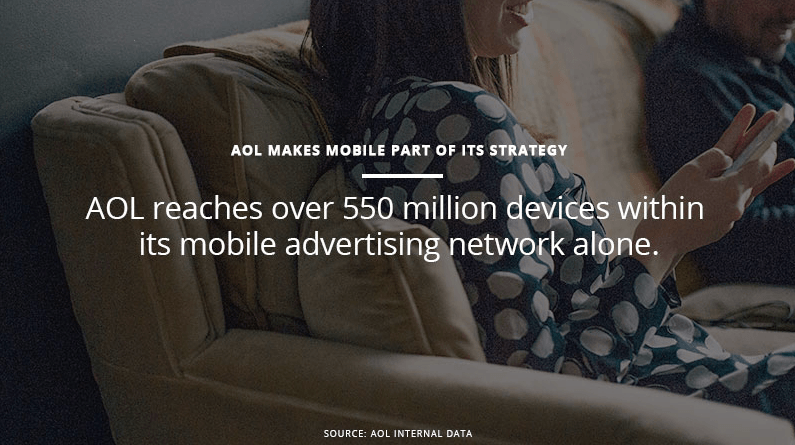 Mobile is a huge part of taking the Oath. | AOL

Oath not only brings some of the world’s most valuable brands together, but it interlocks them with three simple, and important, objectives. In a recent email to his staff, AOL CEO Tim Armstrong names the following three objectives: 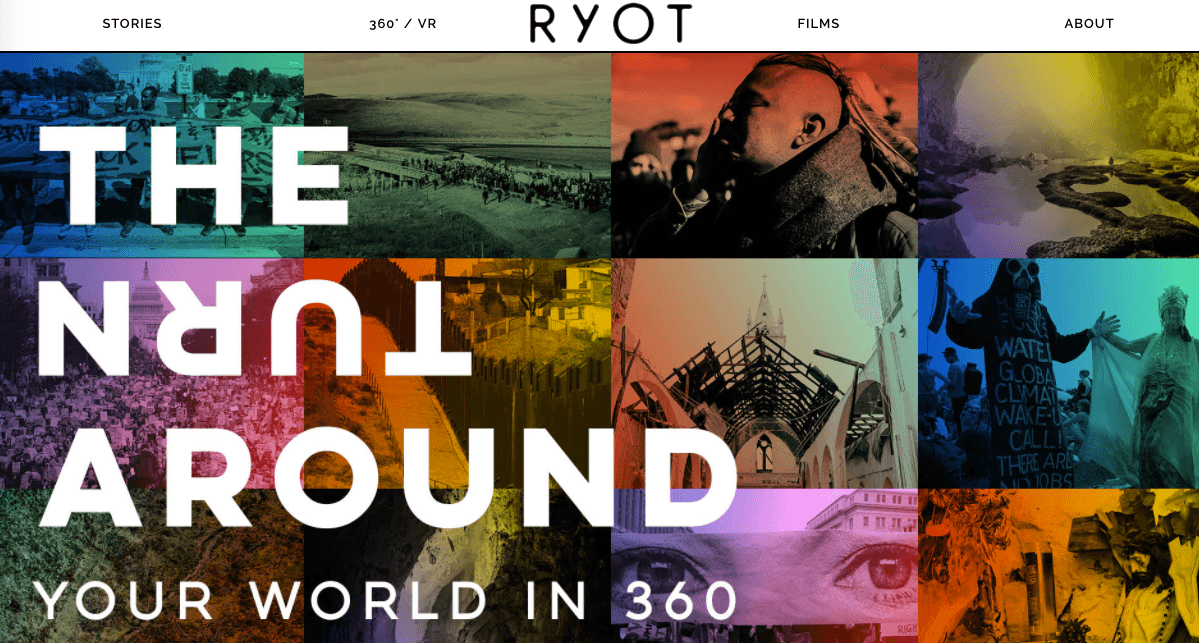 You can experience breaking news stories in real time. | RYOT

It’s not a coincidence Oath rhymes with growth. Similar to how Berkshire Hathaway acts behind the scenes to support numerous entities, Oath will pool resources to grow its house of brands. Oath acts as a digital ecosystem that will attract top talent from around the world to build great products and technology to reach more consumers. Unlike many companies, Oath already has a digital global platform. But Armstrong’s email noted it will double down to “drive technology, data, and platforms into all areas of our operations.”

One example is AOL’s recent purchase of RYOT, a company that helps businesses reach their audiences in compelling ways through virtual reality, augmented reality, and 360 video. Although VR isn’t mainstream yet, 70% of advertisers believe VR will have an important part in the digital video marketplace. In other words, VR is the future of storytelling. 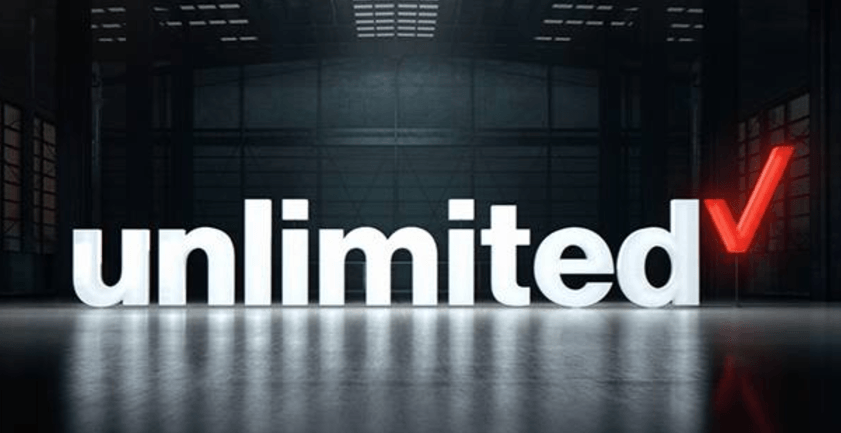 Investors are also winners with Oath. The only thing Wall Street loves more than money is a good deal that will lead to even more money down the road. Oath’s strong ability to attract top talent, build better products, and invest in technology that will cement brands will benefit investors for years.

It takes a great team to build a global brand powerhouse, and Oath is in good hands. Let’s conclude the list by taking a look at the people making Oath thrive.

Bonforte, who founded online data storage company i-drive in the late ’90s, specializes in “getting companies and ideas from conception to market,” according to his LinkedIn. And where does he get his ideas? Some of them have come to him while skydiving, he told Fast Company in 2015. The extreme hobby not only got his creative energies flowing, he said, but taught him how manage people and approach risk — essential skills for any tech leader.

Currently, Simon Khalaf is the senior vice president of publishing products at Yahoo. He joined Yahoo in 2014 when it acquired mobile data and advertising company Flurry, where he served as president and CEO.

Khalaf has more than two decades of Silicon Valley leadership experience. In 1992, he co-founded Worldtalk Communications Corporation, and he later held senior positions at JustOn, Novell, Volera, and Vernier Networks. Back in 2015, when he was promoted to his current role, The New York Times noted he had “a knack for presenting complex information simply and clearly, [and] has become a crucial Yahoo ambassador to the outside world.”

A role he’s held since June 2016, Tim Mahlman is the president of AOL Platforms. He oversees both AOL’s publisher tools and its advertiser technology and is “the one point person” bringing together both the supply and demand sides of AOL’s business, he explained in an interview with TechCrunch. Before joining AOL, Mahlman founded Vidible, a video content exchange platform AOL acquired in 2014. He also worked at Yahoo as the VP of network sales. At Oath, he’ll be in charge of programmatic ad tech platforms.

“If you look at my resume, I don’t come from a big business background,” Mahlman told Ad Exchanger in 2016. “Other than a three-year stint at Yahoo, I spent all of my time at startups. I like working in nimble, fast-paced organizations, and by taking on this role and restructuring how we go to market, I’m bringing that mentality here.”

Jacob joined Verizon in 2013 when UpLynk, the cloud-based streaming service he co-founded, was acquired. Before that, he was VP of Deluxe Digital Studios, where he led the development of new products and streaming initiatives and worked on projects of major Hollywood studios. He’s also worked at Ascent Media, Move Networks, Knowledge Broadcasting, and iXL. He began his career as a software engineer. 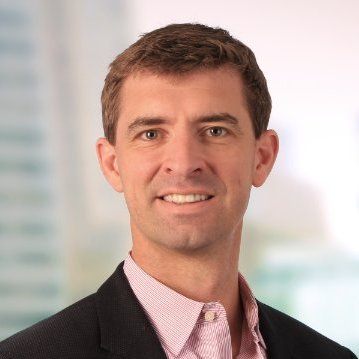 Currently the SVP for global operations at Yahoo, John DeVine will head global sales and customer operations for Oath. He’s been with Yahoo since 2013, and before that he spent more than a decade with leading consulting firm McKinsey.

DeVine presumably knows how to lead under pressure. Prior to joining the business world, he spent eight years as a submarine officer in the U.S. Navy. He also has degrees in mechanical and nuclear engineering from the United States Naval Academy and U.C. Berkeley, as well as an MBA from the University of Washington.

AOL’s chief marketing officer Allie Kline will oversee marketing and communications for Oath. She’s been with AOL since 2013, when she joined the company as CMO for AOL Platforms. Kline, who has more than two decades of experience in marketing, was previously CMO of 33Across, a big data and social graph company working with advertisers and publisher. She also worked with Brand Affinity Technologies and founded Launch Ideas. In 2014, she received the ad:tech Industry Achievement Award.

Kline takes leadership inspiration from a famous basketball legend: Phil Jackson. “Jackson applied a lot of Buddhist beliefs while also being extremely competitive,” Kline told Business Insider in 2016. “To me, those two things always seemed in conflict, so the ability to balance that feels like this goldmine of unleashing talent.” 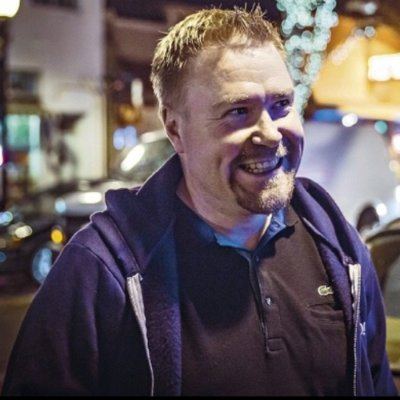 Atte Lahtiranta will oversee technology for the combined AOL, Verizon, and Yahoo brands. Currently, he’s a Yahoo senior fellow, architect, and VP of engineering. What does that mean? “I am responsible for Yahoo Account and identity platform, Yahoo Geo and location platforms and Yahoo User Record Store (user targeting and profile aggregation big data service),” he explained on his LinkedIn profile.

Before joining Yahoo, Lahtiranta was the founder and CTO at ShopAdvisor and held a variety of positions at Nokia.

AOL’s chief financial officer Holly Hess will be in charge of finance for Oath. In her current role, she oversees all of AOL’s finance functions, corporate strategy, and corporate development.

Hess, a CPA, was previously a senior auditor at Price Waterhouse and Deloitte and Touche. She joined Verizon in 2009, where she held a number of leadership positions before being named AOL’s CFO. She’s also a member of the board of directors of the Council for Economic Education.

Previously, Lemmon spent a decade at growth equity investment firms, including Accelerus Capital Group, MMC Capital, and Frontline Capital Group, where he worked with entrepreneurial CEOs to accelerate growth. Before that, he was a vice president at American Express. He earned an MBA from The Wharton School and has a Ph.D. in materials science from Cambridge University.

AOL’s chief people officer Bob Toohey will oversee human resources for Oath. Over his 25-plus year career, he’s held key executive positions with a number of companies, including Enterprise Solutions and Verizon.

Toohey has also served on the board of trustees of the American Film Institute and is currently the chairman of the board of directors of Atlantic Health.

AOL’s general counsel since 2010, Julie Jacobs will head up legal for Oath. Currently, she oversees all legal, regulatory, compliance, and public policy issues for AOL. Jacobs has been instrumental in several high-profile acquisitions for AOL, including TechCrunch and The Huffington Post, and she also guided the company through its 2009 breakup with Time Warner.

And then there was the massive patent transaction she orchestrated with Microsoft. That was “one of the most lucrative deals that set the comeback company on a path to make history,” according to Profile magazine, which named Jacobs one of the top general counsels in the country in 2014.

Before joining AOL in 2000, Jacobs was with Milbank, Tweed, Hadley & McCloy LLP. She has a degree from Georgetown Law.

Mark Roszkowski is the head of corporate development, strategy, and strategic partnerships at AOL, a role he’s had since 2014 and will continue in at Oath. He has more than 20 years of strategic transaction and operational management experience in digital media, marketing services, technology, and the software industries.

Before joining AOL, Roszkowski was a part of the executive team at Linkable Networks. Before that, he spent a dozen years as an investment banker at Morgan Stanley and Portico Capital, where he focused on the digital media and technology industries. He’s also on the board of Complex Networks, CrunchBase, and StudioNow. 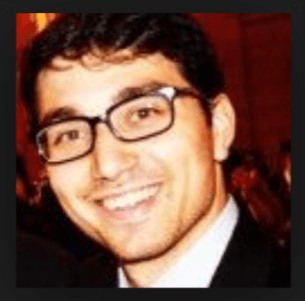 Nate Kanefield is the chief of staff to AOL’s CEO Tim Armstrong. He’ll stay in that role at Oath. Kanefield has been with AOL since 2014, when he joined the company as a senior analyst. Previously, he was a consultant at Oliver Wyman. He has a B.A. from Dartmouth.