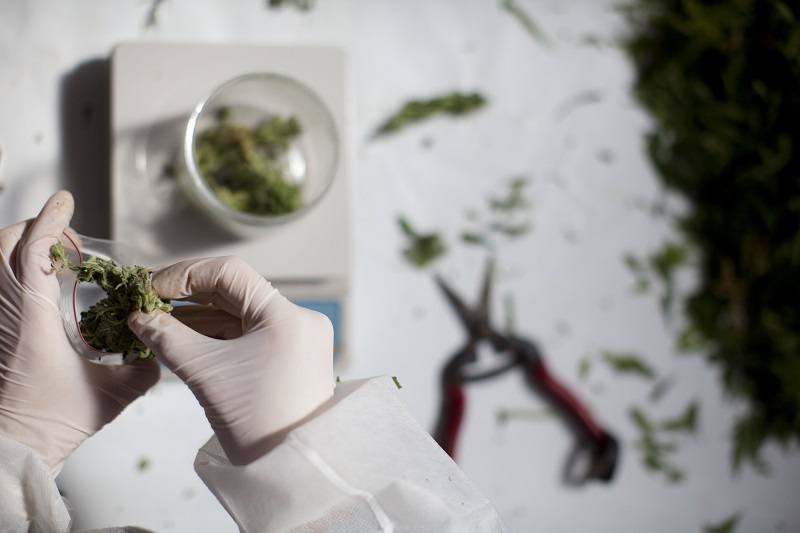 A worker at a cannabis processing facility, operating on the ground level of the marijuana business | Uriel Sinai/Getty Images

Though there is plenty of buzz around the legal marijuana industry — and rightfully so — getting in is still no picnic. First and foremost, you have to know that you’re walking a fine line. The industry still operates on the margins of federal law, and often in violation of it. Not only that, but with laws varying wildly from state to state, and most other industries (like the financial sector) still being unwilling to work with marijuana companies, the day to day operations of a business can be difficult.

But still, entrepreneurs are making it happen. There are jobs being created, and hundreds of millions of dollars in revenues being generated. For those reasons, it seems pretty clear that the marijuana industry is primed to absolutely explode in coming years.

The main issue? Getting a foot in the door. As mentioned, there are a lot of structural barriers blocking, or at least discouraging many would-be entrepreneurs and investors from dipping their toes into the new markets. One company that is making a push despite those barriers is Baker Technologies, which produces a software platform to help run marijuana retail locations and dispensaries.

Baker’s CEO, Joel Milton, was kind enough to speak with The Cheat Sheet about his company’s troubles attracting investors and operating on the margins of federal law — all while never so much as touching a cannabis plant or derivative. Baker ended up raising $1.6 million in venture capital to fund the company, but it took 200 meetings despite high interest from VC firms. Milton filled us in on why that was, and other reasons starting a business operating in the marijuana industry is so difficult.

Here are some of the highlights from The Cheat Sheet’s conversation with Baker Technologies CEO Joel Milton.

The Cheat Sheet: What does Baker Technologies do, and how does it fit into the marijuana industry?

Joel Milton: We’re a software company, and our goal is to help improve the relationship dispensaries have with their customers by providing better loyalty and better service. It’s a platform that does everything from online ordering — we do loyalty rewards, targeted text messaging, and we help dispensaries with data.

CS: How did the idea for this company come about? Did you recognize the market need for the service?

Milton: Absolutely. My background is in software … and someone brought the cannabis industry to my attention. It’s an industry I’ve always been fascinated with. We were looking at the current challenges that this industry faced, and there are a lot of them that aren’t really relevant to other industries. Tons of unfair levels of scrutiny and legislation, not to mention that it’s still a new industry, so there’s a lot to learn. It’s overly complicated by these rules and regulations — many of these dispensaries don’t have the same tools that other retail stores have, ranging from payments to marketing automation. 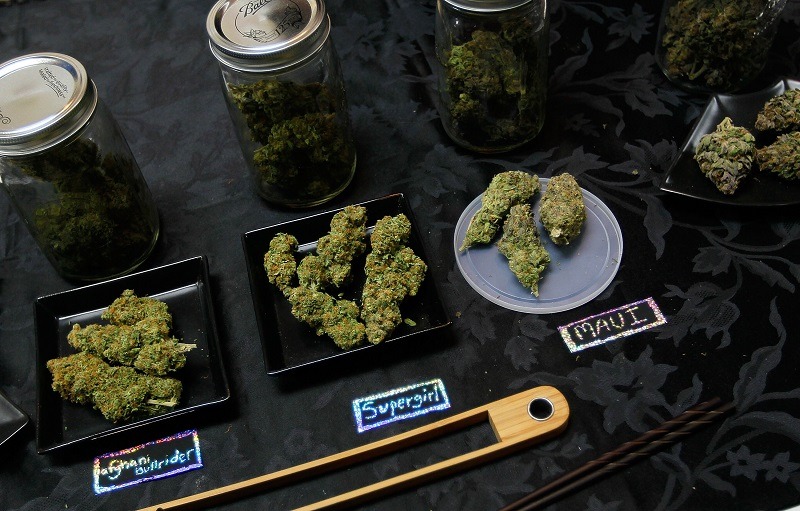 CS: But you soon found that Baker was having some issues of its own in trying to make it in the cannabis industry — particularly when it came to finding investors?

Milton: We realized that by purely focusing on the cannabis industry, and by having a background in software, we were really able to build the tool that these guys needed and wanted in a way that very few people were … Despite a lot of interest from the venture (capital) community, many of them weren’t actually able to invest because of their LPAs, their limited partnership agreements. Meaning that the people who put money into the venture capital firm, they basically say that “yeah, I’ll put my money into a VC firm, but I want to make sure they’re not going to invest in a pornography company, or a Big Tobacco company.”

And unfortunately, cannabis falls under that.

CS: The stipulations in those LPAs — are those more based on a moral foundation, or are there actual legal barriers to investing in certain businesses, like marijuana companies?

Milton: It is a legal thing, but not at the federal level. It’s legal because those are the terms of the agreement. Venture funds — they collect money from a broad range, from wealthy individuals to pension funds. So you have money from teacher funds, police and firefighters’ funds, state funds or very high-profile companies who want to invest in it (a VC fund) and there are certain people — say the Austin, Texas Teacher Partner Fund — who, it would be very bad PR if an article came out that said, “Hey, did you know the Austin Teacher’s Fund is associated with Porn.com?”

So, when they invest in a VC fund, there is a clause that says “we want to make sure our money isn’t associated with weapons manufacturing,” because God forbid there’s a school shooting and all of a sudden it looks like Texas helped fund a school shooting. So, there’s a lot of protection in there.

In those documents, the LPA, a VC will say, “Here’s what we’re going to do with your money: We’re going to invest in tech companies or real estates, and we promise not to invest in weapons, pornography, or tobacco companies — anything that might be controversial.”

So, the VC can’t give money to me because, despite not selling cannabis — which we don’t, we just sell software — we sell software that’s related and tied to the cannabis industry. That’s why many VC funds, despite being interested, ultimately weren’t able to invest. 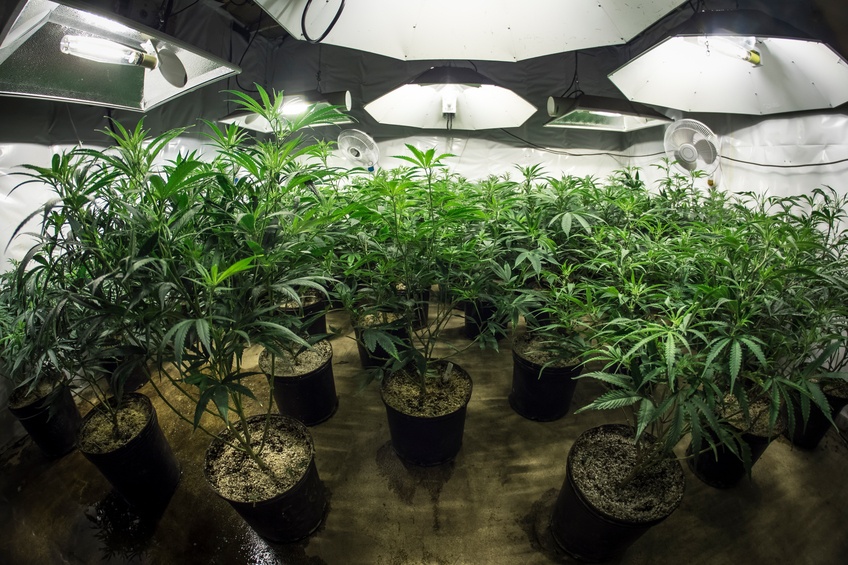 CS: You don’t touch any cannabis product, but just the fact that you’re associated is enough to scare investors away?

Milton: That’s it. Yeah. We sell software. Like Intuit sells Quickbooks. Now, many dispensaries do use Quickbooks. But the difference is Quickbooks doesn’t offer itself as a cannabis-focused solution. People don’t really care. Whereas with Baker, we’re proud of the fact that we serve the cannabis industry.

CS: Interesting, many people are aware that retail shops and dispensaries can’t get a bank account, but it’s surprising that it reaches all the way up to a company like Baker. 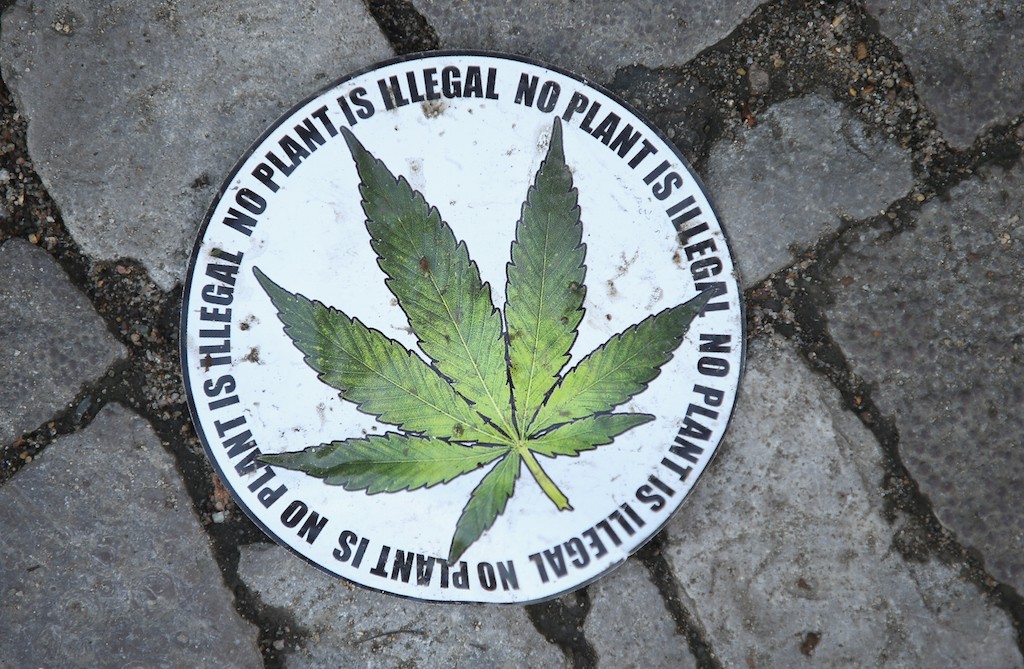 CS: Though many would-be investors or service companies are stuck behind legal barriers, do you think that stigma and marijuana’s “dangerous” perception is still holding some people and firms back from wanting to be involved with a cannabis company? If so, how common is that attitude in the business world?

Milton: There were people (investors) who were very clearly not interested. But then again, I was smart about who I reached out to. For example, I wouldn’t reach out to a VC firm in Texas, that invests in something extraordinarily conservative, and that is known for being conservative. That person’s not going to pop up on my radar. You kind of filter out the people you know wouldn’t be interested. That said, one of our investors is from Texas, and he’s progressive, open-minded, and thinks it’s going to be a great space.

CS: What legal changes need to happen to make it easier for entrepreneurs to start successful businesses in the cannabis industry?

Milton: Some of it is that we operate in an industry that is, and always will be, to some extent, controversial. Even if it gets to the point where it (marijuana) is (regulated) like alcohol, even that, some people won’t invest. We’re not coming out with a new type of hand soap.

There need to be some federal changes. The banking issue is something people still get hung up about and the fact that it’s still a federally illegal, Schedule I narcotic? Absolutely, that’s a little scary. As long as cannabis is a federally illegal drug, that’s going to prevent people from moving into the space.

Check out Baker Technologies for more information about its products and services for marijuana-based businesses.