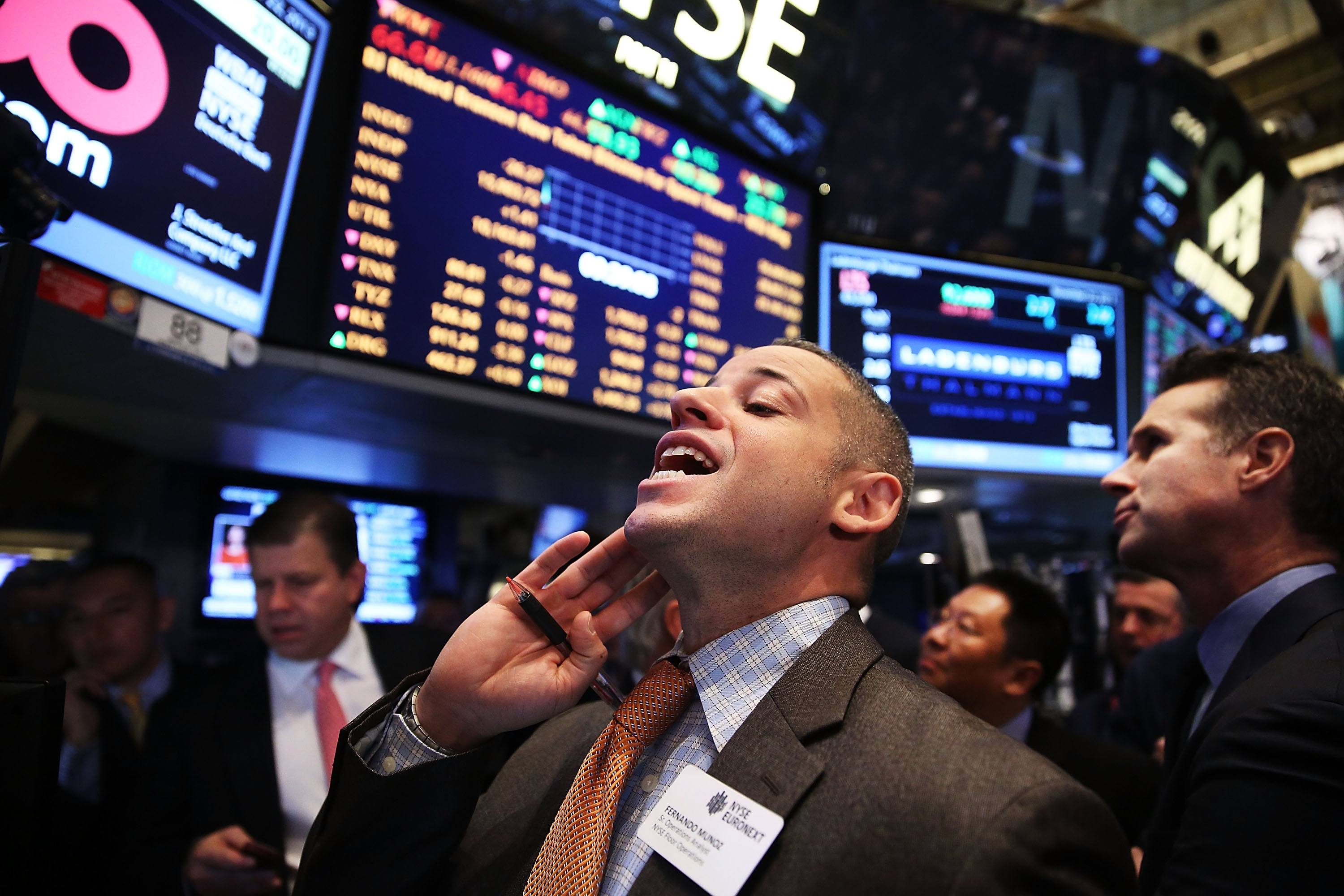 A lot of people have been licking their chops in the preparation of investing in the legal marijuana industry. Though there’s still a lot of sketchy legal framework surrounding it, the industry itself has been blowing up. In the handful of states where cannabis has been legalized, it already has crossed the billion-dollar threshold in sales. That’s catching the attention of everyone — policymakers, entrepreneurs, and investors.

What does it mean for you? You could get your hands on some marijuana stocks, as a start, and possibly make a huge return over the long haul. And wouldn’t you know it, but for the first time, a medical marijuana ETF — the Horizons Medical Marijuana Life Sciences ETF (HMMJ) — is up for trading.

An ETF is an exchange-traded fund, which is a security that trades like a stock and tracks like an index, or bundle of assets. They’re similar to a mutual fund, but there are some differences. Basically, it allows you to invest in the cannabis industry and dilute your risk by purchasing stock in numerous companies, not just one. The Horizons ETF is composed of 14 medical marijuana stocks, 10 of which are based in Canada.

The key is this new ETF is a new way to get a foothold in the cannabis market. With sales not expected to slow down (barring some legal action by the federal government), the ETF presents a great opportunity to make some real money.

“The Index selects from a current universe of companies that have operations that may include one or more of biopharmaceuticals, medical manufacturing, distribution, bioproducts and other ancillary businesses, related to the marijuana industry,” a Horizons press release said.

“Only stocks that meet minimum asset and liquidity thresholds are eligible for inclusion in the Index. Stocks are rebalanced quarterly on a market-capitalization basis, and capped so that no single stock can exceed 10% of the weight of the Index when rebalanced,” the release continued.

Here are the 10 companies that make up the lion’s share of HMMJ — and what you need to know about them.

The ETF is composed of 14 total stocks, and six of them have an index weight of 10% — the maximum. Aphria Inc. is one of those, and it’s a Canadian company, based in Ontario and founded in 2011. The company grows medical marijuana and puts an emphasis on its “100% greenhouse grown” product — which is also grown with natural sunlight, rather than indoor lighting.

Another Canadian medical marijuana grower, Aurora Cannabis is based in Vancouver. Founded in 2006, the company has been pumping out prime buds for more than a decade and even has a few subsidiaries operating under it. Aurora has an app, offers incredibly competitive pricing (about $8 per gram and $5 per gram for “compassionate pricing”), and offers free shipping all over Canada. 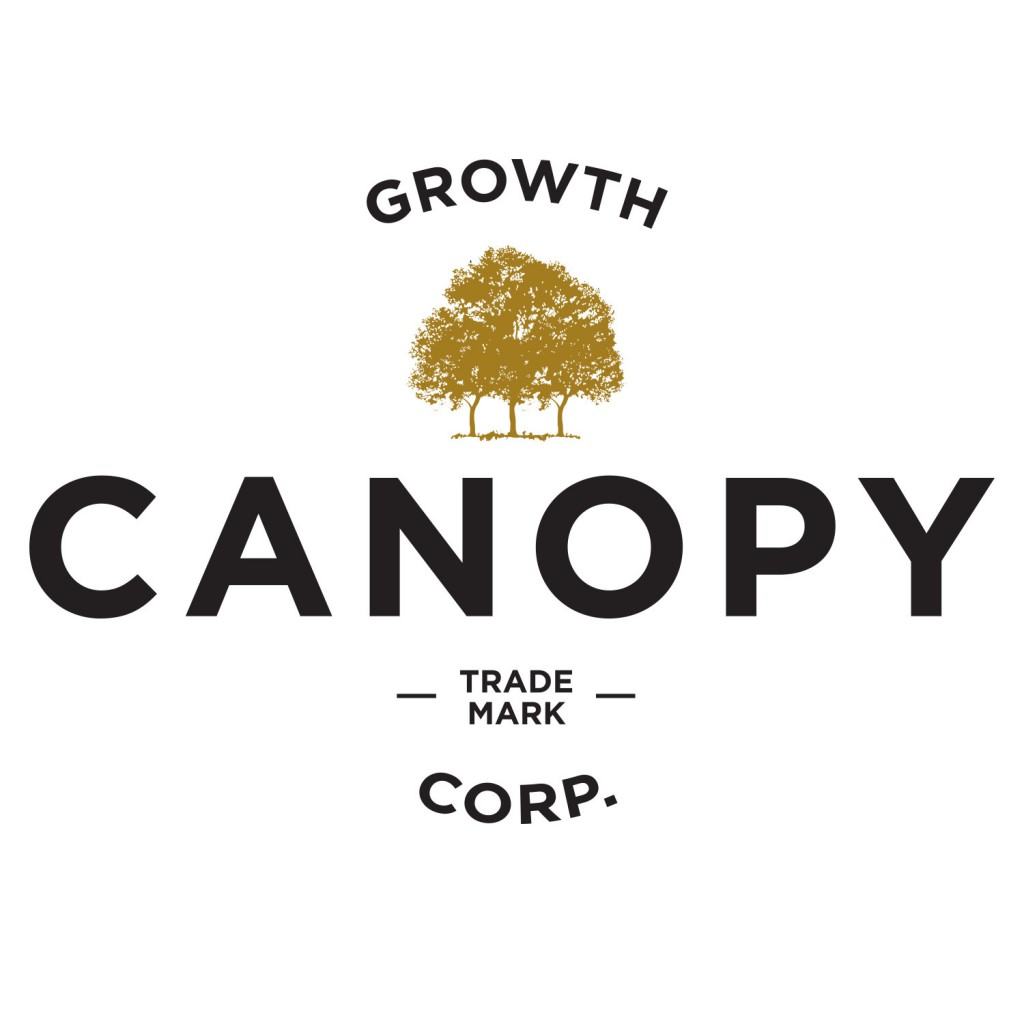 Formerly known as Tweed Marijuana Inc., Canopy Growth Corporation is another Canadian cannabis company. Its headquarters is in Smiths Falls, a small city south of Ottawa, and it has been in business since 2014. Canopy claims to “operate a collection of diverse brands and curated strain variety, supported by over half a million square feet of indoor and greenhouse production capacity.” 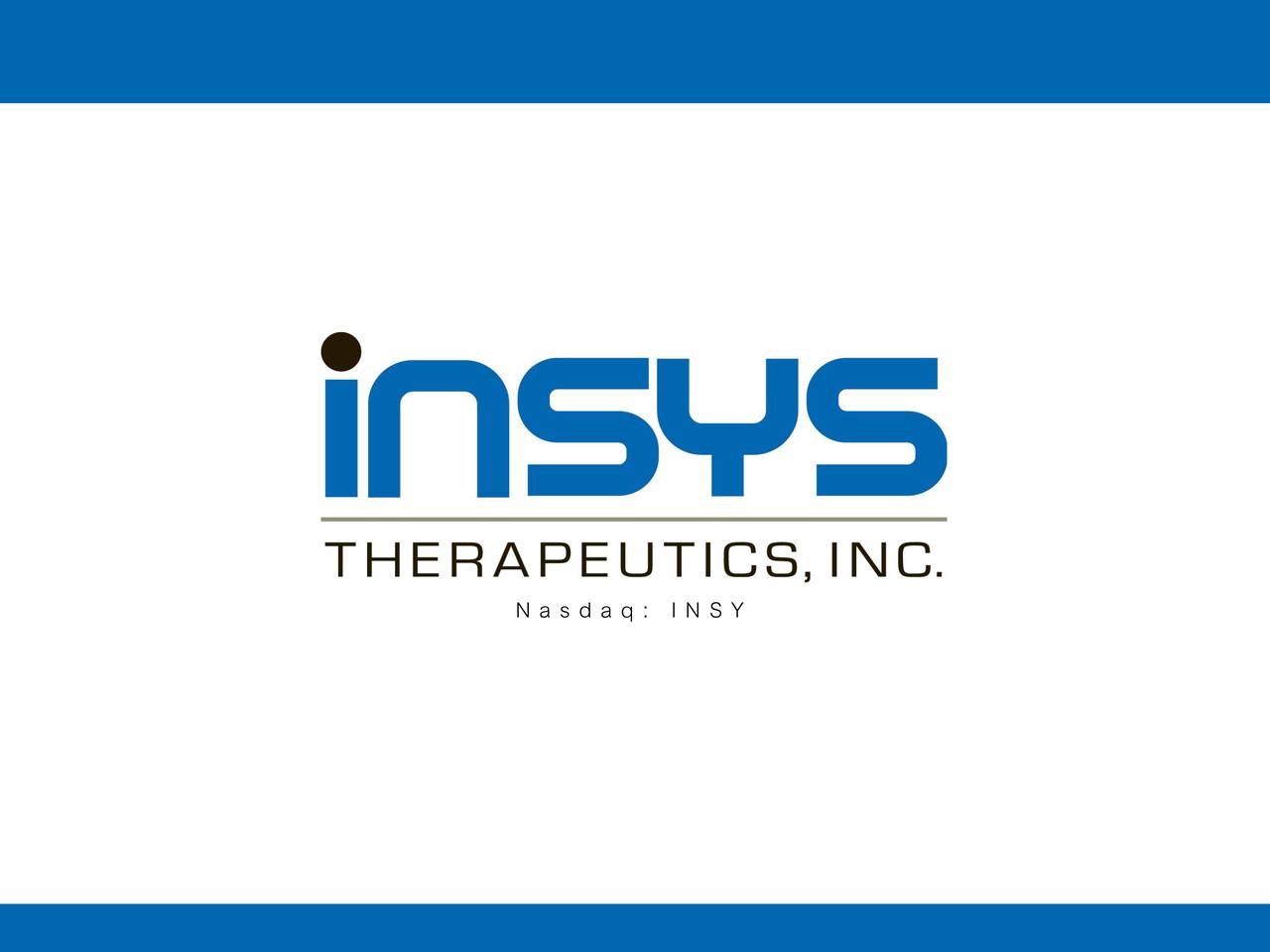 Finally, here’s an American marijuana company. Insys Therapeutics is based in Phoenix and was founded way back in 1990. Its stock, INSY, is actually listed on the NASDAQ, and its CEO is billionaire John Kapoor. The company specializes in making pharmaceuticals, specifically sprays and other treatments for patients with cancer and chronic pain.

Most of us recognize Scotts Miracle-Gro. Check your garage, where you’d be apt to find a bag of lawn fertilizer dawning the company’s logo. It’s been around since the mid-1800s, and its stock, SMG, is actually traded on the NYSE. It’s one of the few big, multinational companies that is rolling the dice and betting on cannabis early in the game. 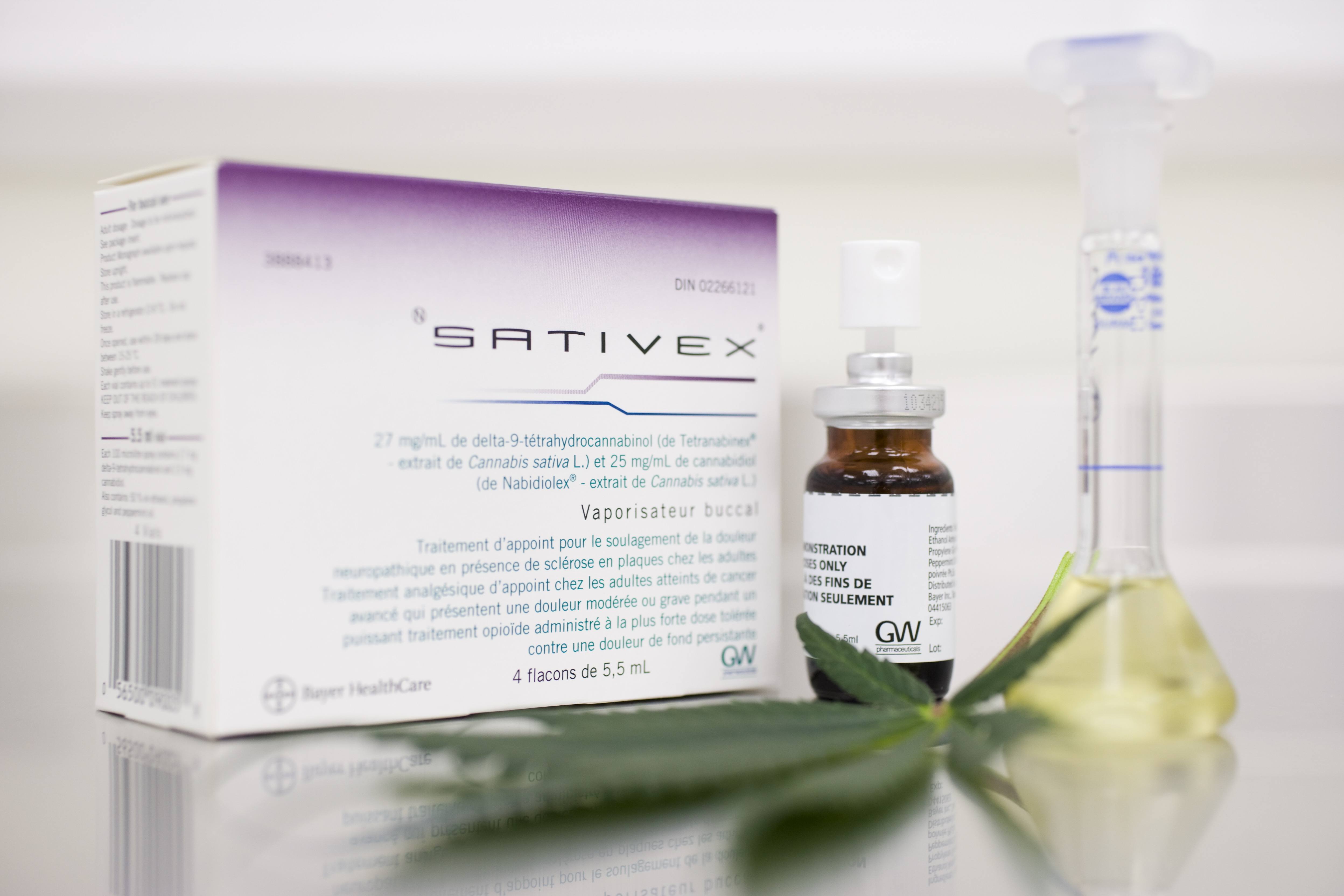 If you paid any attention to the collision course between medical marijuana and the pharmaceutical industry, you’re probably familiar with GW Pharmaceuticals. The company is at the forefront, creating products from its Britain headquarters to help patients with issues related to multiple sclerosis and more. It was founded in 1998 and trades on the NASDAQ. 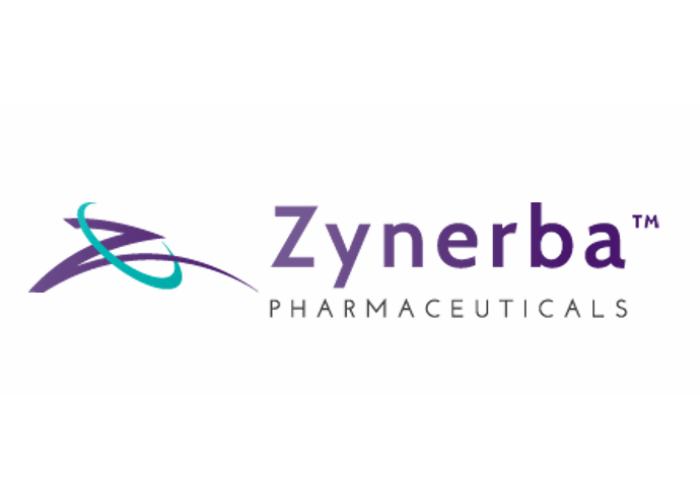 The Devon, Pennsylvania-based Zynerba Pharmaceuticals is also traded on the NASDAQ, under the ticker ZYNE. Originally founded in 2007, Zynerba’s Weight as a part of the Horizons ETF is 7% — the first on our list that is below the 10% threshold. The company, like many others, creates medical treatments that incorporate cannabinoids to help patients dealing with a number of issues.

With an index weight of 7.78%, Cronos Group Inc. is another cannabis company included in the ETF that is below the 10% max. Cronos was founded in 2012 in Toronto and was formerly known as PharmaCan — but it rebranded itself in late 2016. The company owns an interest in numerous Canadian medical marijuana companies, as that’s its primary business: investing in marijuana companies.

With an index weight of 4.78%, CanniMed Therapeutics Inc. is yet another addition to the Horizons ETF. The company is based in Saskatoon, Saskatchewan, and is a purveyor of numerous medical cannabis products. That includes oils, vaporizers, and even dried flower — or what you would commonly call “bud.” Its stock went public at the end of 2016.

The final company we’re including on our list (though there are a few more in the ETF) is OrganiGram Holdings Inc. It has an index weight of 4.83% and formed in 2013 in Moncton, New Brunswick. OrganiGram grows marijuana but does so with an organic approach. That means it uses no pesticides, only organic fertilizers and other methodological processes.