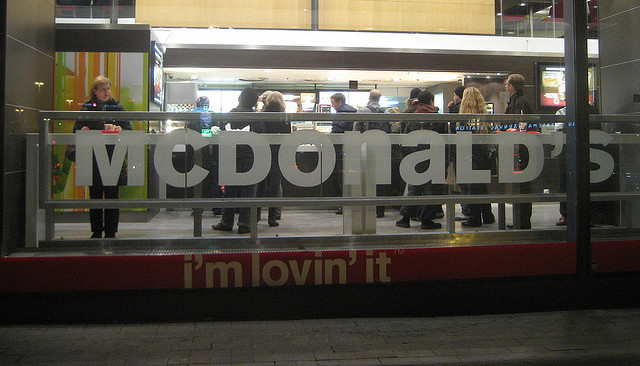 McDonald’s (NYSE:MCD) has launched a number of new menu items this year in a desperate attempt to win back favor among its American consumers. However, recent reports show that the one thing the chain hasn’t tried might be the one thing America really wants.

In a story published earlier this week, the Wall Street Journal reported on health and wellness author Kathy Freston, a regular talk show guest and the author of several bestsellers, who spearheaded a petition that calls on McDonald’s to add the option of a vegetarian burger to its menu.

Since starting her petition on Change.org, Freston has collected 80,000 signatures and has won the support of several high-profile celebrities including Ellen Degeneres, Russell Simmons, Pamela Anderson, and Alicia Silverstone. The stars have shown their support of the veggie burger endeavor via social media channels, and now McDonald’s is fielding a significant amount of pressure to cater to plant-based eaters who feel left out.

According to the Journal, Freston, a vegan, first came up with the idea to start a petition when she realized that she would visit McDonald’s on her many travels more regularly if she could easily visit a location and find something she could eat. The chain is always willing to customize orders to be made without meat and it offers a numbers of salads, but Freston says that McDonald’s greens leave something to be desired.

So that’s where the veggie burgers come in. The Wall Street Journal reports that many of McDonald’s rivals — including Burger King (NYSE:BKW), Subway, and Denny’s (NASDAQ:DENN) – already offer vegetable-based protein patties, but the Golden Arches have failed to take the leap. To be fair, the company did test a veggie burger in the early 2000s that all but flopped, leading to the patty’s removal from the menu, but Freston still believes McDonald’s needs to try again.

McDonald’s has remained fairly mum about taking Freston’s unsolicited advice. Still, it might be in the chain’s best interest to actually heed Freston’s suggestion, as American consumers are now more health-conscious than ever and would likely respond to a veggie burger much more favorably than they did in the past.

It’s up to the company’s executives to determine the chain’s course of action. If McDonald’s does end up adding the veggie burger to its menu, it won’t be the first fast food chain to take its customers’ requests into consideration, considering Taco Bell’s (NYSE:YUM) famed Doritos Locos Tacos actually spawned from a customer’s suggestion.