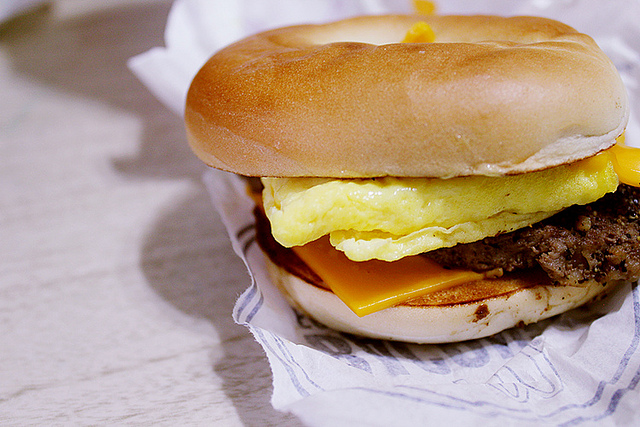 Everyone who knows anything knows what McDonald’s (NYSE:MCD) is best at: breakfast. But what do you know about the beloved Egg McMuffin and Sausage Biscuits at Mickey D’s? They’re only available before 10:30 a.m. — a big problem for the late risers that the breakfast is known to attract. That’s why McDonald’s is now reported to be reconsidering its plan of attack, reflecting significant news for consumers who have long campaigned for extended breakfast hours, but have faced consistent rejection.

According to the Associated Press, Jeff Stratton, head of McDonald’s USA, said in an interview that the world’s largest fast food chain is now looking into the possibility of offering its breakfast later in the day. McDonald’s has long recognized that its customers wanted longer breakfast hours, but until now, the company never considered any extension on account of the logistic complications involving tight kitchen spaces executives faced. That issue is still as relevant as ever, but this is the first time McDonald’s appears to be trying to rectify it — likely because the chain is now suffering slow sales and a drop in foot traffic on account of a growing health-conscious Millenial population and their minimized desire to eat out.

The Associated Press reported Monday that Stratton declined to offer any details about how McDonald’s could adjust its kitchen operations to support a later breakfast time, and he continued to maintain, “Well we’re just beginning. … We’re just taking a look at it.” However, this is still exciting news for the McDonald’s faithful who have long petitioned for later breakfast times, because their dream could be in sight.

This is also now the second time in close to six months that McDonald’s has evidenced a willingness to cater to its breakfast-loving customers. Back in the summer of 2013, the chain launched its “After Midnight” menu that made breakfast available from midnight to 4 a.m. These offerings appealed directly to the McDonald’s-loving Millenials and night owls that consistently craved that breakfast, and also succeeded in not compromising any room in the kitchen.

Thus, it is clear that McDonald’s desperately wants to continue appealing to its customers, especially now that its sales are more disappointing than ever, but the question remains: can its kitchens handle it? McDonald’s CEO Don Thompson has already admitted that the company made missteps this year when it overcomplicated its menu and overworked its employees, and Thompson promised to pull back on new menu launches, although this new reported strategy doesn’t exactly evidence that.

For now, it’s all speculation, and the chain could very easily decide that a late breakfast just isn’t in the cards for McDonald’s. Regardless of the outcome, it is at least significant that McDonald’s is currently reconsidering its breakfast strategy, as that’s really now all Egg McMuffins lovers can ask for.