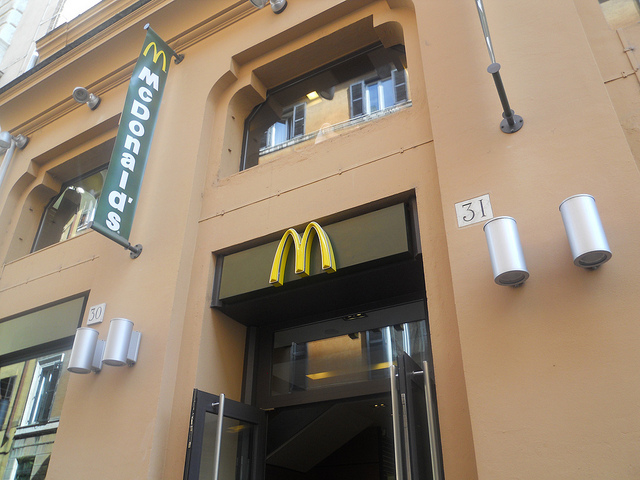 French media claim that McDonald’s France (NYSE:MCD) was put under the spotlight in October, when tax inspectors visited local headquarters on reports that the company had been transferring more than 2.2 billion euros abroad since 2009. However, the chain on Tuesday maintained that the inspection was part of a regular check and that it was guilty of no wrongdoing.

According to Reuters, the world’s largest hamburger chain said this week that its inspection in the fall was not precipitated by accusations that McDonald’s French arm was transferring around 330 million euros to 650 million euros of revenue per year to Switzerland and Luxembourg in order to avoid high French taxes.

French media previously reported that the inspection on October 15 was part of a special probe, but McDonald’s France said in a statement released late Tuesday, “McDonald’s firmly denies the accusation made by l’Express according to which McDonald’s supposedly hid part of its revenue from taxes in France.” McDonald’s France also went on to say that its 314 local franchisees paid corporate taxes in full to the French state, amounting to 1 billion euros since 2009.

At 33 percent versus 23 percent, France has a higher corporate tax rate than the European Union average, drawing concerns that international companies deliberately shift profits to other countries with lower taxes. McDonald’s has stood by its position that it continues to obey the law of the land and has reported its profits ethically. Although the French publication, l’Expansion, still maintains that McDonald’s France transferred more than 2.2 billion abroad since 2009, the hamburger chain has cooperated with authorities and has shown no signs of fraud.

Per Reuters, France’s government has worked to tighten its grip on international companies operating in the country, and it has also urged more than 11,000 individuals with bank accounts abroad to declare their assets in France. This is believed to help keep tax dodging in the country to a minimum, but some individuals and corporations are still suspected to be working to avoid the high French taxes, regardless of government control.

McDonald’s fraud in the country is far from confirmed, but it is clear the company is still interested in keeping its reputation intact as it continues expanding globally. The company now especially depends on its international profits to compensate for its dropping sales in domestic markets.

After years of enjoying its status as the world’s largest hamburger chain, McDonald’s recently suffered quarter after quarter of disappointing sales in the United States, and its success in global markets is now more important than ever. France is one such place that McDonald’s has realized success, and that’s why the chain was careful to confirm that its checks in October were standard and did not involve accusations of tax fraud.