McDonald’s Free Coffee Event: What Is the Real Impetus? 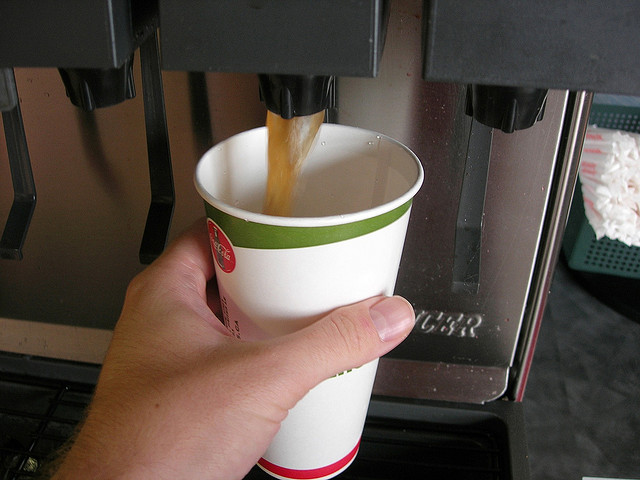 Starting today, McDonald’s (NYSE:MCD) will be giving away free small cups of coffee through April 13. Now, the question on many analysts’ minds is: Why? This is the first time the chain has ever hosted a free coffee “event,” and some suspect CEO Don Thompson is throwing out the freebies in order to keep his customers away from Taco Bell’s (NYSE:YUM) new breakfast menu; others say this is McDonald’s preparation for testing its McCafé coffee at retail.

Burger Business reports that the Oak Brook, Illinois-based company typically hands out free coffee on National Coffee Day, on September 28, but other than that, it has always charged its customers for the caffeine. Considering McDonald’s is the world’s largest fast food chain, there was never a real need to give away its food or drinks for free if customers would gladly pay money for them. Because the chain is all of a sudden willing to give out coffee handouts for two whole weeks, it has some suspicious consumers, analysts, and investors on its hands. It’s no doubt a good strategy, as the freebies are expected to boost traffic in stores, but the impetus behind the move is still in question.

One popular hypothesis that USA Today published on Saturday is that McDonald’s is simply trying to get an edge on its new competition from Taco Bell as the latter launches into the $50 billion fast food breakfast market. As of Friday, Taco Bell now has a new breakfast menu, and unlike McDonald’s conventional breakfast sandwiches and hash browns, it includes items like Waffle Tacos and sugary Cinnabon Delights.

The chain’s launch into the fast food breakfast sphere has enjoyed significant media attention, but some still believe that it wont’ really upset McDonald’s business, because the two companies have different consumer bases. That’s why many analysts don’t think Taco Bell poses a real threat to McDonald’s — its annual per-store sales are only roughly $1.4 million, and McDonald’s are more than $1 million greater.

That’s where the second hypothesis comes in: McDonald’s giving away the free coffee as it prepares to pave the way to sell its McCafé coffee at retail. It’s a prediction that the writers over at Burger Business stand by: The publication on Monday said the chain’s new coffee event could be a great way for McDonald’s customers to try the coffee for free before they can buy it in grocery stores. That’s in line with the company’s 2013 marketing plan that it highlighted in its 10-k Securities and Exchange Commission filing to “enhance the breakfast experience by emphasizing coffee through high-quality McCafé products paired with delicious foods — both existing and new.”

It wouldn’t be surprising if McDonald’s really was getting ready to test McCafé coffee at retail. According to Burger Business, the chain’s executives already said that it will begin testing McCafé whole-bean, ground, and K-cup coffee in supermarkets sometime this year. McDonald’s already does in Canada. A McDonald’s representative confirmed to the publication last fall, “We are building on the momentum of our McCafé beverages in our restaurants by expanding these options … to grocery stores and other retail locations.”

That’s where the two arguments stand. They both hold weight, and the motivation behind McDonald’s two weeks of free coffee could even be a combination of both, but it’ll still be interesting to see what the immediate future for McCafé coffee holds. Starbucks (NASDAQ:SBUX) has already enjoyed great profitability in the grocery sector, selling its ground coffee and K-cups successfully, and it is possible that Thompson is ready to take a page from Starbucks CEO Howard Schultz’s book and slowly move McDonald’s brew into retail.