McDonald’s Is in McDouble Trouble as Sales Continue to Fall 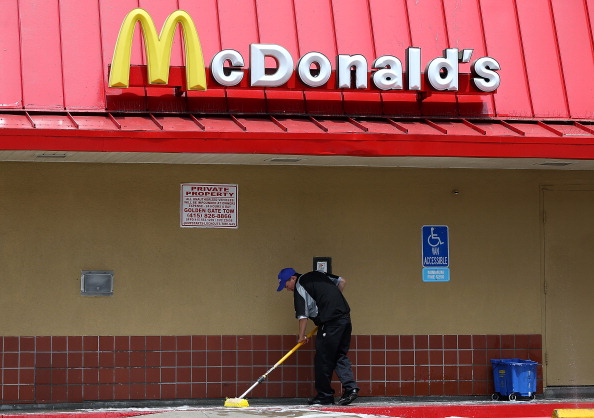 A few months back, we took a look at the current state of fast food giant McDonald’s. The diagnosis was not pretty, as McDonald’s profits have taken a significant hit, its customer base is quickly eroding, and CEO Don Thompson stepped down from his position after a lengthy 25-year career with the company. The problems with McDonald’s are not easily summed up, although it’s clear that the millennial demographic has largely abandoned traditional fast food stops for newer fast-casual chains, taking a significant bite out of the market.

In response, the company has invested some heavy time and resources into a mini-makeover, in an attempt to win back younger demographics and bolster profits. Through a series of changes, including working on its perception and logistical issues, but those, too, are rife with problems. Even so, it looks like McDonald’s is willing to step up their game and put up a fight, which should inspire confidence in the company’s stakeholders and shareholders.

New initiatives — like antibiotic-free chicken, and free-range eggs — are worthy attempts at bridging the gap between the company’s traditional offerings and shifting consumer tastes, to be fair. But it’s clearly not enough. And every quarter that passes by, the situation seems to get uglier and uglier.

For proof, we need to look no further than McDonald’s sales numbers for February, which were far worse than most analysts expected. McDonald’s most recent earnings data reveals that U.S. same-store sales dropped 4%, and global comparable sales fell 1.7%. In Japan alone, same-store sales dropped a remarkable 29%, although that had less to do with McDonald’s, and more to do with recent reports of dangerous foreign objects showing up in food.

As far as why the company has experienced continued slumping sales, a statement put out by McDonald’s says that “consumer needs and preferences have changed,” in addition to “ongoing aggressive competitive activity.”

Despite the company’s efforts to turn things around the past few months, it seems that McDonald’s just can’t catch a break. Obviously, the company’s leadership has become privy to where the problem areas are — increased competition and shifting consumer preferences — yet, the measures put into place have so far not been enough to tip the scales back in McDonald’s favor. Have those measures not been enough? Or is it simply that they were the not the correct moves to make?

Perhaps McDonald’s can’t find its footing again because the problems run far deeper than what have been discussed. As a recent New York Times article points out, a lot of Americans look at the fast food chain with a judgmental eye, with keen awareness that the company’s food quality is poor, but as are working conditions and wages for millions of its employees. Also, there’s a fundamental breakdown of what once made McDonald’s great: good, cheap food that is prepared fast.

“The two key words in fast food are fast and food, and McDonald’s is no longer fast, and its burgers ranked last in a Consumer Reports survey recently,” said Larry Light, a former McDonald’s executive and current CEO of Arcature, a consulting firm, according to The New York Times. “Those are their No. 1 and No. 2 challenges, but I’m not sure they know it.”

Clearly, changes are needed on many fronts. Simply upping the quality of the restaurant’s food, which is already underway, is a key piece of the puzzle. But so is cleaning up the company’s image, and stepping up other areas of the business like social responsibility and sustainability. Those are things that are more important to younger demographics more so than older generations, and it’s being expressed rather plainly as millennials learn to “vote with their wallets.”

Putting all of that into place will require a lot of time, money, and patience. “It’s more than changing out signs,” restaurant consultant Aaron Allen told Bloomberg. “There are larger systemic issues that need to be addressed that they can’t gloss over with better makeup.”

The real challenge facing McDonald’s is finding a way to successfully take on fast-casual chains to win back younger diners, all the while maintaining its core business model of fast, cheap, and good food. If McDonald’s is going to step things up, it may require price increases.

For consumers, it may come down to the classic “pick two” predicament, meaning that when faced with three choices you can only have two of them. For McDonald’s customers, it will likely come down to weeding one option out: quality, cheap, or fast.