McDonald’s Kitchens Get an Upgrade as Sales Cool Off 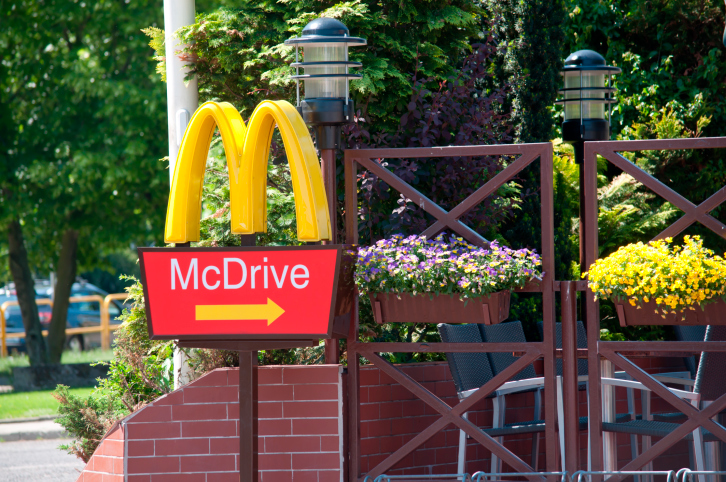 McDonald’s (NYSE:MCD) released another quarter of disappointing earnings Tuesday, but the Oak Brook, Illinois-based company has some plans for the future. CEO Don Thompson confirmed in a conference call this week that the world’s largest fast-food chain is learning from its past mistakes and forging forward, and one of the first things it will do is reconstruct the chain’s kitchens so they can support McDonald’s new fresh and customizable menu options. Business Insider reported the news Tuesday and explained Thompson’s assertion that building new “prep tables” will make it easier for workers to prepare fresh produce and make custom burger toppings. The new tables are expected to be in kitchens by the end of this year.

One McDonald’s competitor that has already adopted a similar kitchen setup is Chipotle (NYSE:CMG), the Mexican fast-food chain that has continued to enjoy strong consumer demand, as evidenced by its earnings report last week. Chipotle is one of the fast-casual chains that hasn’t suffered struggling sales even as the fast food industry becomes more saturated, and many believe its continued popularity can be attributed to its fresh and healthy ingredients, along with its commitment to good customer service. Chipotle workers prepare food in plain view of customers, and have also vowed to ensure all of the chain’s products are GMO-free within five years time.

But back to McDonald’s, that chain is struggling from a lack of demand from customers, and that’s why it’s more important than ever that it markets the most appealing menu items, while also not overcomplicating its menu. According to Business Insider, McDonald’s is expected to focus on offering more fresh fruits and vegetables in the upcoming years, and it also hopes to market sustainable fish and cage-free eggs. The chain hopes this will help it lure back its increasing number of health-conscious consumers. What’s more, McDonald’s is also testing a program in California that lets customers customize their burgers, so if the tests prove successful, the customized burger option will be able to be supported by the new McDonald’s kitchens, which give workers room to chop fresh vegetables and make the requested burger toppings.

McDonald’s is also now more busy than ever because it has a new rival in the breakfast wars — and that would be Taco Bell (NYSE:YUM). The chain recently launched its own breakfast menu to take on McDonald’s Egg McMuffins. McDonald’s has long run the fast food breakfast game, but Taco Bell’s Waffle Tacos have earned an impressive degree of fanfare, and the Mexican fast-food chain has pinned its marketing strategy on insulting “outdated” McDonald’s. Fortunately for the Golden Arches, McDonald’s own marketing team has been successful at quickly lashing back, posting photos on Facebook of Ronald McDonald petting the Taco Bell chihuahua with the caption “Imitation is the sincerest form of flattery.” However, the chain still doesn’t need to have any more competition on its hands. It already has its hands full with fast-casual restaurants like Chipotle, Starbucks (NASDAQ:SBUX), Dunkin Donuts (NASDAQ:DNKN), and Panera (NASDAQ:PNRA), and Taco Bell’s leap into the breakfast arena is only complicating things for McDonald’s even more.

But still, McDonald’s executives such as CFO Peter Benson have maintained their confidence that the chain will continue to excel in the fast-food breakfast industry, and that is because customers know they can always go back to the iconic Egg McMuffin. According to Quartz, Benson told investors Tuesday that it is natural for consumers to explore new breakfast options, but at the end of the day, he expects them to return to McDonald’s. In fact, he believes the new competitors may even ultimately help McDonald’s breakfast business, because, he explained, “I think that new entrants into the market always bring a different level of attention to breakfast, which in many cases supports us. We have become America’s favorite place to eat breakfast. And we don’t plan on giving that up.”