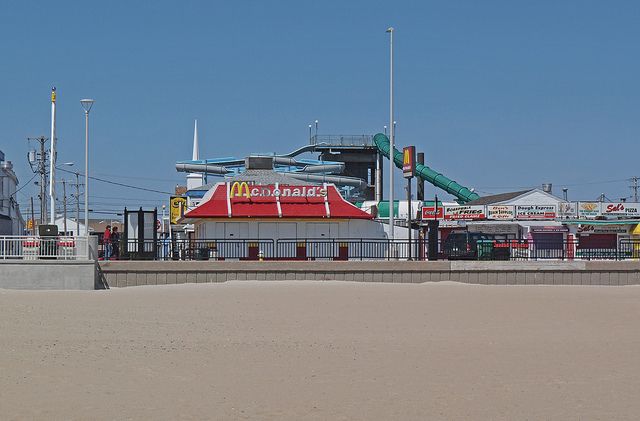 McDonald’s (NYSE:MCD), the world’s largest restaurant chain, released its January sales figures Monday, reporting better-than-expected global sales, but disappointing domestic figures. According to the Chicago Tribune, McDonald’s said worldwide sales at restaurants open at least 13 months rose 1.2 percent last month, while analysts predicted a rise of 0.7 percent. Those encouraging figures illustrate that the chain’s global efforts are bearing fruit, even while its U.S. plans are not faring as well. McDonald’s gets about two-thirds of its revenue from outside the U.S., and has worked to appeal to European consumers and increase traffic in European locations by marketing new menu items and drinks. Bloomberg reports that this year, the fast-food company will spend about $1.5 billion to open as many as 1,600 new locations abroad, including 320 in Europe and 300 in China.

That investment is expected to pay off. McDonald’s said that sales rose 2 percent in January in Europe, and were up 5.4 percent in the Asia Pacific, the Middle East, and Africa region, helped by growth in China. Business in the U.S. paled in comparison, where same-restaurant sales fell 3.3 percent, a deeper decline than the 1.6 percent drop that analysts expected. Same-store sales are generally considered to be a good indicator of a company’s wealth because the metric doesn’t take into account the volatility of newly opened or closed locations. The company blamed the disappointing sales on the frigid cold and snow that buried much of the country.

McDonald’s warned investors that its domestic January sales would be disappointing, but the figures still illuminate an unnerving future for the fast-food chain in the U.S. The country used to be McDonald’s most lucrative market, but now consumer traffic is quickly dropping off, and the chain has proven unable to stem the losses. Despite launching several new appealing menu options, McDonald’s has posted quarter after quarter of poorer-than-expected sales, and CEO Don Thompson even admitted last month that the company over-complicated its U.S. menu.

What’s more, American consumers aren’t responding well to the chain’s “healthier” menu items that the company has pushed to appeal to its health-conscious consumers. The Oak Brook, Illinois-based company has introduced egg white sandwiches, salads, and chicken wraps, but sales have continue to disappoint.

Still, McDonald’s doesn’t plan on giving up on its U.S. customers any time soon, and the chain’s chief executive has been vocal about his strategies for the company moving forward. Thompson says he wants McDonald’s to get back to its roots, concentrate on customer service, and also make sure its kitchen equipment is capable of supporting all of its action behind the scenes. He also wants McDonald’s to customize its products, and use social media to spread the news about its newest products and ventures.

Chipotle (NYSE:CMG), one of McDonald’s biggest rivals at the moment, has reaped tremendous success as of late, and it is clear that the company is looking to mirror some of the Mexican restaurant’s strategies for success. McDonald’s is now pushing its customization options, marketing its fresh ingredients, and jumping on the social media bandwagon. Many consumers have turned to Chipotle because they believe it is healthier fast food, and appreciate how they can customize their dishes to their liking. Now, McDonald’s wants to prove to its customers that it can do the same thing.