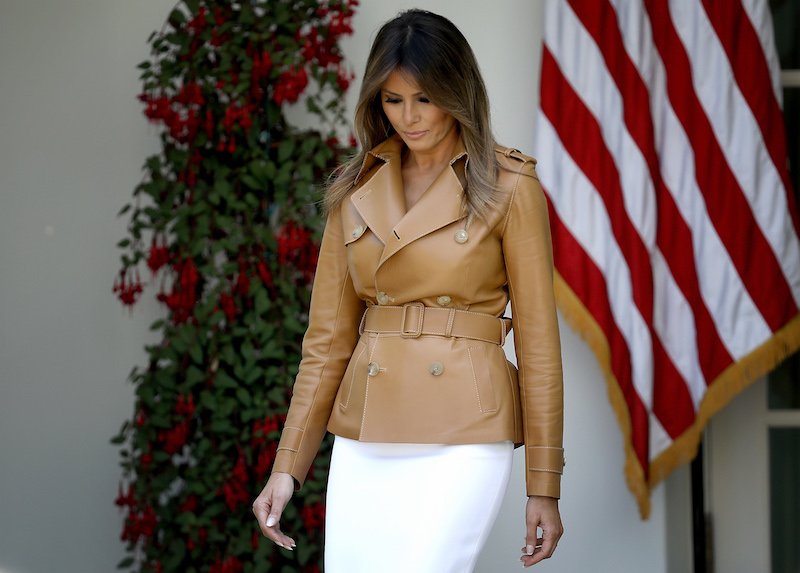 After Melania Trump’s kidney surgery resulted in her not being seen in public for days, the first lady is out and about. She’s being more vocal concerning causes she cares about, and she’s not backing down. Despite Donald Trump’s initial decision to do nothing about the separation of families at Mexico’s border, Melania expressed her displeasure regarding the situation.

There was an uproar over the separation of families and children at Mexico’s border that could be heard across the country. After a delayed response from President Donald Trump, he decided to sign an executive order that would end the practice of separating children from their families. Now, parents and children will be kept together indefinitely.

After many expressed anger about the separation, Trump seemed to have a change of heart. However, he also let Americans know he would remain tough on immigration. Said Trump during the signing in the Oval Office, “We’re going to have strong — very strong — borders, but we are going to keep the families together. I didn’t like the sight or the feeling of families being separated,” reports The New York Times.

However, the White House knew it had to go one step further to appease the public. Apparently, Trump wanted to make sure everyone knew he was serious about keeping families together. That’s where Melania Trump, The White House’s secret weapon, comes in. The first lady decided to make a surprise visit to a McAllen, Texas border detention center to show her support of migrant families.

Melania’s spokesperson Stephanie Grisham told CNN the first lady wants to see first-hand how things are going at the detention center. Said Grisham, “She wants to see what’s real. She wanted to see as close to what she had been seeing on TV. She wants to see a realistic view of what’s happening.”

More than $2 billion is spent by Immigration and Customs Enforcement annually to detain immigrants in private jails, according to an NPR report. Furthermore, ICE and the U.S. Marshals Service pay GEO Group, one of the country’s largest private prison companies, $32 million a year to provide food shelter, and medical care to detainees.

According to Freedom for Immigrants, an organization focused on ending immigration detention, as of fiscal year 2016, Texas, California, Arizona, Georgia, and Louisiana have the most people each day in United States detention centers. Texas has 15,852 detainees, California has 6,527, Arizona 3,869, Georgia 3,717, and Louisiana 3,143.