Microsoft Layoffs: This Is Not Real Growth 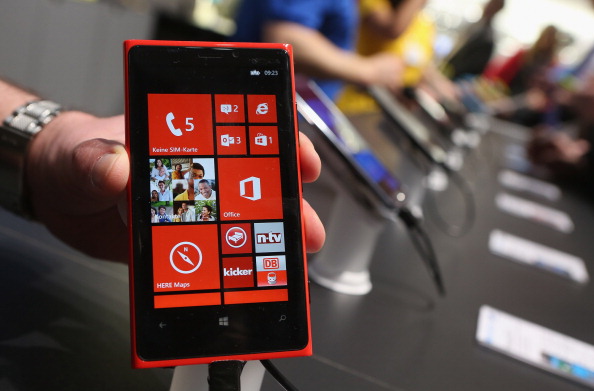 Microsoft (NASDAQ:MSFT) recently announced that it was set to terminate 18,000 employees — or roughly 14 percent of its workforce — in what amounted to the largest round of layoffs in the software company’s history. Apparently, legions of Microsoft employees were “shell-shocked” at the size of the massive layoffs. Wall Street investors, of course, should also acknowledge the idea that aggressive cost-cutting measures may not necessarily translate into real growth. Microsoft will remain shut out of mobile, at the same time that the personal computer industry grapples with secular decline.

On April 25, 2014, Microsoft issued a press release that it had officially completed its $7.2 billion acquisition of the Nokia Devices and Services business. At the time, Microsoft lauded Windows Phone as “the fastest-growing ecosystem in the smartphone market” and a “top-three” operating system. From there, Microsoft also telegraphed its alleged commitment to building out an entry-level mobile market that Redmond defined as a “50 billion annual opportunity.” As part of the arrangement, Microsoft also assumed command of 25,000 Nokia employees.

Successive reports out of research firms IDC and comScore may confirm that Windows has actually remained a very distant third wheel to Android and iOS in mobile. According to comScore, the Google (NASDAQ:GOOG) (NASDAQ:GOOGL) Android (52.1 percent share) – Apple (NASDAQ:AAPL) iOS (41.9 percent) duopoly combined to control 94 percent of the U.S. smartphone subscriber market through the March to May 2014 quarter. For the sake of comparison, the Windows operating system garnered a mere 3.4 percent of this market through the same time frame.

Meanwhile, Microsoft has failed to place as a top-five tablet vendor, according to units sold, over the past year. Fifth-place Amazon (NASDAQ:AMZN) shipped 1 million tablet units through the first calendar quarter of 2014. For the sake of comparison, leading tablet vendor Apple shipped 16.4 million iPads during Q1 2014. Microsoft, despite its five-year annual average of $26.1 billion in operational cash-flow, has remained all but irrelevant within the tablet market.

For its efforts, Windows has stalled out as a third wheel alternative and somewhat of an afterthought when juxtaposed against the Android-iOS mobile duopoly. As part of this latest round of layoffs, Microsoft is set to deliver approximately 12,500 pink slips directly related to the Nokia acquisition. Microsoft will also quietly discontinue the Nokia X handset line. Nokia X ran Android and the handset was pitched as agateway into premium Lumia smartphones throughout the developing world.

As somewhat of a culture clash, the Finnish government has issued entreaties pressuring Microsoft to offer job training programs as part of the severance packages for deposed Nokia employees. In all, Microsoft has projected restructuring charges of between $1.1 billion and $1.6 billion,over the next four quarters. Microsoft executives appear hopeful that a simpler organization will nurture a more entrepreneurial spirit at Redmond. Again, expensive acquisitions and aggressive cost-cutting measures are not to be mistaken for real growth. Certainly, beleaguered long-term Hewlett-Packard (NYSE:HPQ) shareholders may agree with this maddening cost-cutting versus lack of real growth phenomenon. Hewlett-Packard and Microsoft may now lay the ignominious claim to three of the four largest rounds of layoffs in U.S. technology industry history.

At its core, Microsoft has remained a software company that licenses its technologies to enterprise customers. Going forward, Microsoft investors may expect share price performance to parallel the S&P 500 Index and broader economy, while Redmond returns larger amounts of capital back to shareholders through buybacks and dividends.