Most of the items we have hiding in our homes have personal value but probably lack real-world value. It may mean a lot to you, but that painting of dogs playing poker you have in your basement probably isn’t worth very much. If you’re lucky, however, some of your stuff might be worth a lot of money if experts look at them. These Antiques Roadshow valuables turned out to be worth staggering amounts of money.

If you have anything remotely close to these items, don’t even think of selling them at one of your garage sales (especially if it’s anything like the shocking find at No. 7 on the list).

When is a portrait painting not just a portrait painting? When an all-time great artist such as Anthony Van Dyck. A priest in England bought a painting from an antique shop for a few hundred dollars. When the Antiques Roadshow experts examined it, they discovered it was a 17th century Van Dyck work titled “The Magistrate of Brussels” worth $400,000.

Next: Not for the baby’s room.

This is a mobile you wouldn’t want to put in the baby’s room. Alexander Calder was a pioneer of mobiles as artwork, so he’s an important but somewhat unknown artist. One particular work from the 1940s was estimated to be worth between $400,000 and $600,000 at auction and up to $1 million on the open market.

Next: A work by an American icon.

We’re going to discuss a lot of valuable artwork on this list, and this is another example. A man from Oregon had Norman Rockwell’s “The Little Model” oil painting appraised for $500,000, making it one of the most expensive Antiques Roadshow valuables ever.

Next: It wasn’t just any old landscape painting. 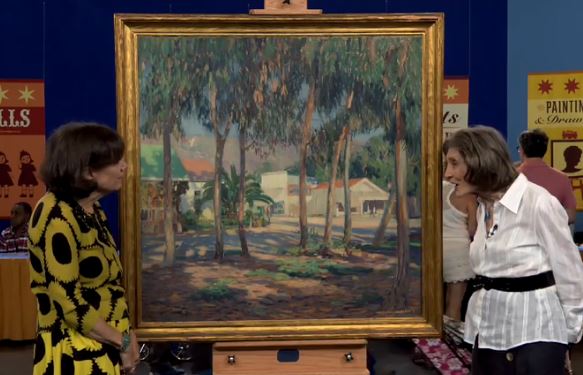 A work by California impressionist Joseph Kleitsch on Antiques Roadshow. | Screencap via PBS.

What looks like any old landscape painting with a few houses and palm trees turned out to be a work by California impressionist Joseph Kleitsch. And what was a $100 purchase turned out to be worth an estimated $500,000.

Next: This item doubled in value very quickly. 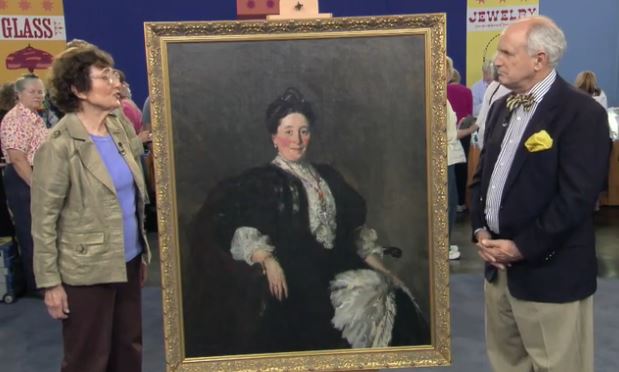 A Robert Henri portrait worth $500,000 made its way onto Antiques Roadshow. | Screencap via PBS.

Next: The years were kind to another unique work. 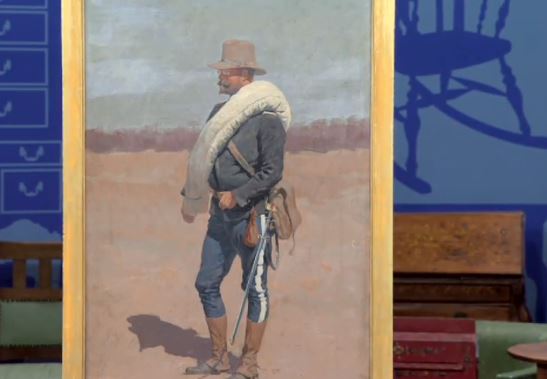 A portrait by the artist Frederic Remington showed up on Antiques Roadshow. | Screencap via PBS.

Just like the family portrait we just discussed, the years were kind to another portrait from the late 1800s. The Frederic Remington work had an estimated value of $7,500 in 1960, but when the owner had it appraised in 2014, the value was $600,000 on the low end. That’s 80 times the worth, and it’s one of the most memorable Antiques Roadshow valuables we’ve ever seen.

Next: It seems like it should be worth a lot, and it is.

The jade works on Antiques Roadshow were more intricate than these necklaces. | Mike Clarke/AFP/Getty Images

Finely carved Chinese jade seems like it should be worth a lot, and for one woman, it was. A collection of jade carvings turned out to be some of the finest Antiques Roadshow valuables of all time. The collection was estimated to be worth $710,000 on the low end.

Next: A national treasure.

A blanket resting on the back of one man’s chair turned out to be a national treasure. It was one of the first examples of Navajo weaving from the 1840s and one of the most awe-inspiring Antiques Roadshow valuables ever. The initial $350,000 estimate from 2001 went up to $750,000 in 2016.

This isn’t any old Polaroid (though if you have a Polaroid, maybe it will be worth something in a few decades). The Luxus II has a lizard skin case with gold-plated hardware, and the one appraised by Antiques Roadshow might be the only one left. That’s how you wind up with a $780,000 camera and one of the most shocking Antiques Roadshow valuables in history.

Next: A fortune stuffed behind a door. 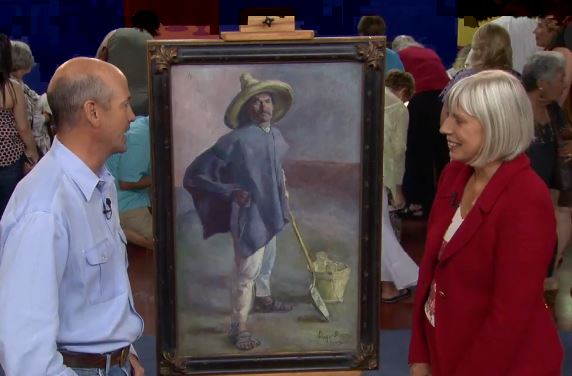 The painting “El Albañil” was hiding behind a door before going on Antiques Roadshow. | Screencap via PBS

Most people don’t hang paintings behind doors, and it’s safe to say most of those hidden painting aren’t worth this much money. In one of the most unique Antiques Roadshow finds of all time, a long-lost early work by Diego Rivera title “El Albañil” turned up in Texas, and the appraiser placed its value at $800,000 on the low end.

Next: Take that, Honus Wagner. 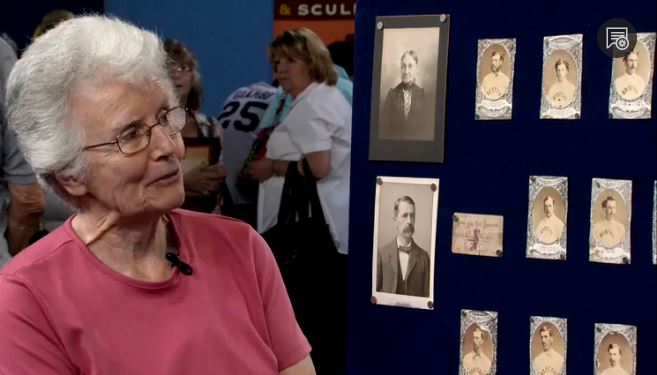 It turns out old baseball cards are worth a fortune. | Screencap via PBS

The rare and exceedingly old Honus Wagner baseball cards are among the most expensive sports memorabilia out there, but this comes close. A collection of cards and a lineup from the 1871 Boston Red Stockings turned to be one of a few seven-figure Antiques Roadshow valuables uncovered in the show’s history.

Next: Not your average drinking cup.

You can’t easily buy rhinoceros horn items these days, but one person’s assortment turned out to be an astounding collection of Antiques Roadshow valuables. The five intricately carved cups cost the collector approximately $5,000 in the 1970s, but by 2011 they were worth at least $1 million.

Next: Jewelry with a name you recognize.

Old jewelry has value and Fabergé eggs are practically priceless, so you know a Fabergé flower piece is going to be worth a lot. It turns out a small flower and fruit sculpture was one of the most breathtaking Antiques Roadshow valuables ever uncovered. The small artwork appraised for $1.27 million, according to Artnet, with a possible $1.78 million auction price.

This Patek Philippe watch is similar to one the rarest Antiques Roadshow valuables ever. | Fabrice Coffrini/AFP/Getty Images

Swiss watches are the cream of the crop, and this proves it. A Patek Philippe pocket watch from 1914 turned up at a St. Paul, Minn., Antiques Roadshow stop and the appraiser valued it at $250,000. It was worth $1.5 million when the owner had its value reassessed in 2016. Maybe it’s time for the lucky owner to start (or bolster) his retirement account.

Next: Get your passports out.

One of the preliminary models for “Angle of the North.” | Shaun Curry/AFP/Getty Images

So far we’ve remained in the United States to view our Antiques Roadshow valuables. Get your passports out because we’re heading to England for our final find.

When the maquette (test sculpture) for Antony Gormley’s “Angel of the North” appeared on the British version of the show in November 2008, it was valued at £1 million, or roughly $1.53 million based on exchange rates. Another model of the same sculpture auctioned for $5.4 million.