Most College Students Have No Idea How to Manage Their Money 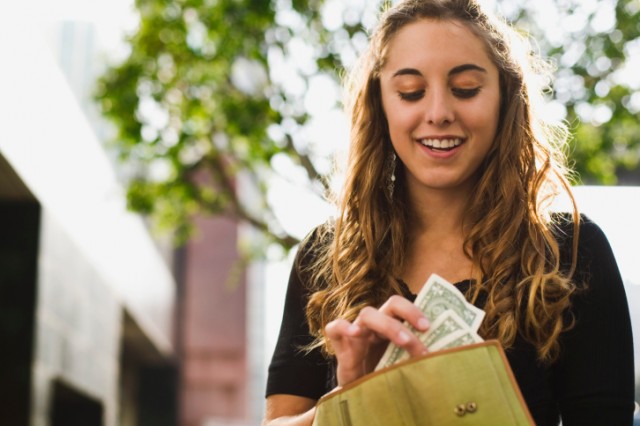 College students are earning a failing grade in basic money management, a new survey by HigherOne and EverFi has found. Researchers studied the financial knowledge and attitudes of 42,000 college students across the U.S. and found that few of them were keeping track of their spending or even concerned about paying bills on time. Nearly one quarter had credit card balances exceeding $1,000, and only 58% reported feeling confident in their ability to manage their money.

Even more alarming was students’ performance on a test of basic financial literacy. On average, students provided correct answers to just 2.3 out of 6 questions. Today’s college students are also less likely to keep track of bills, follow a budget, or save money compared to those surveyed in 2012.

Despite their limited financial knowledge, students are taking on more debt than ever to fund their education. People who graduated with debt in 2013 from public, four-year schools had borrowed an average of $25,600 to pay for college, 20% more than graduates a decade earlier, according to the College Board. Yet only 44% of students surveyed by HigherOne and EverFi said they were worried about the amount of money they were borrowing for their education.

Overall, the survey results point to the pressing need for better financial education among college students. But there was one relative bright spot when it came to students and financial knowledge. The researchers also surveyed 1,000 community college students and found that they were more likely to manage their money on their own, check their account balances, budget, and curtail spending when money was tight than their counterparts at four-year schools.

“Students from two-year institutions reported more experience with money management, less and smaller loans, and more responsible behaviors than their peers from four-year institutions,” the study’s authors wrote. They also reported higher levels of financial stress and were more likely to worry about the costs of books and supplies, potential tuition increases, and the possibility that they wouldn’t be able to afford to attend school next year.

This group did have more credit card debt than other students, with 46% carrying balances of more than $1,000. They were also slightly older than the other students surveyed: 40% were 18 years old, compared to 75% of the four-year students.

Sixty-two percent of community college students attend part-time, says the Center for Community College Student Engagement, which suggests that they might have more experience juggling various financial responsibilities, like working and paying for school. Full-time community college students also tend to be older than undergraduates at public and private nonprofit four-year schools, according to the National Center for Education Statistics, which means they’ve had more time to learn the financial ropes.

Whatever their age, getting college students to take money seriously is critical, and not just because so many of them will be stuck with student loans when they graduate. FICO recently announced that it would start considering payments on cellphone bills and utilities when developing credit scores for some consumers with sparse credit history, a move that could have a big effect on college students.