These Are the Most Expensive Cars Sold in the U.S. in 2017

It’s no secret that new cars are getting more expensive. But that makes sense. Cars are safer, faster, and more advanced than they ever have been before. And while car sales are just starting to level off after six consecutive years of record-breaking growth, there’s no sign that the average price of a new car is going to dip anytime soon.

But if new car sales have surged over the past few years, the collector car market has been positively explosive. Old cars are no longer in the realm of die-hard gearheads. Today’s collector is just as likely to be looking for investment opportunities as they are for a car they love. As a result, the high-end auctions now have more in common with blockbuster art sales than your local classic car show.

The collector market is beginning to show signs of cooling, too. But that might be hard to believe once you look at the numbers. With the help of Top Classic Car Auctions, we’ve compiled the 10 most expensive classics sold in the U.S. in 2017. Unsurprisingly, the sale prices are as unbelievable as the cars themselves. 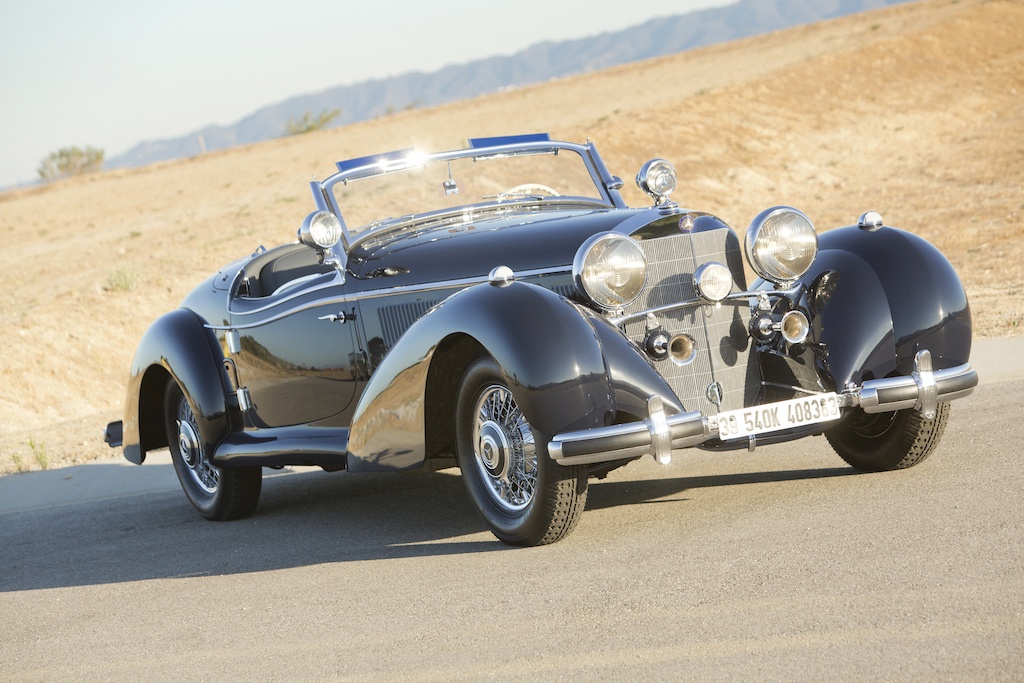 Oh, the stories this car could tell. One of the most powerful and advanced cars of the 1930s, this Mercedes 540K was delivered to its first owner, a Berlin art dealer, just weeks before the outbreak of World War II. After the war, it was discovered in East Berlin, where it was eventually shipped to Moscow and used by Soviet diplomats until the mid-1960s. It’s been in the U.S. since the 1970s.

After completing a full restoration in 2011, it won Second Best in Show at the 2012 Pebble Beach Concours d’Elegance. In January 2017, it was sold by RM Sotheby’s for $6.6 million at its Scottsdale, Arizona, auction.

Next: It’s been a big year for this British brand. 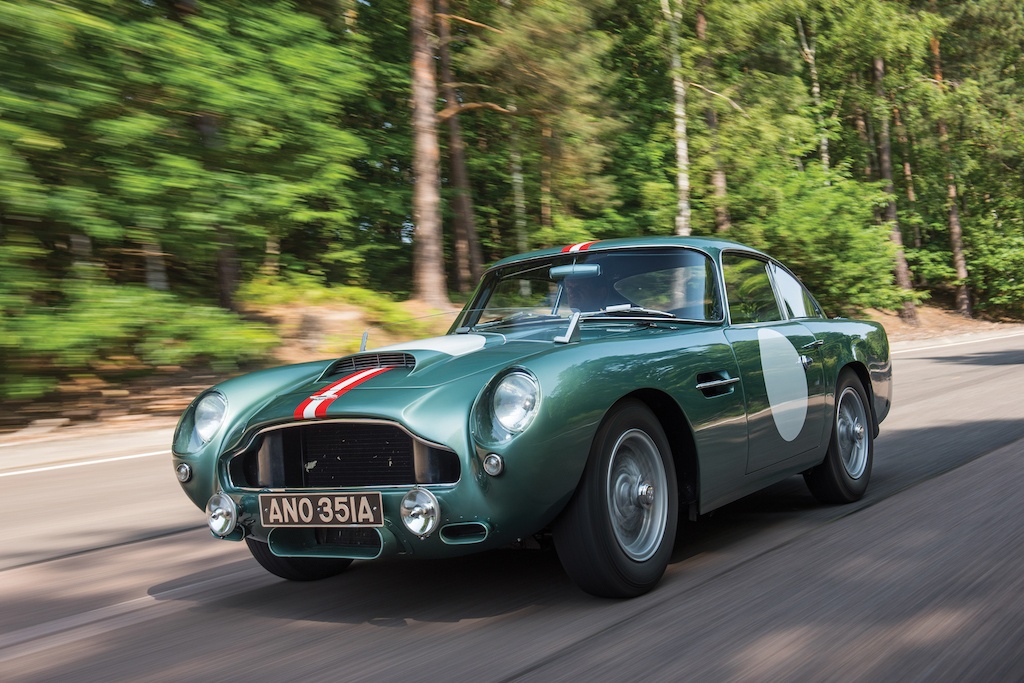 Aston Martin’s DB4 GT was a legend in its time. It also cemented much of the design language the company continues to use to this day. With a 302 horsepower straight-six, shorter wheelbase, and aluminum body, the DB4 was one of the most formidable British cars of the 1950s. This prototype won its debut race at Silverstone with Sterling Moss and Reg Parnell driving. It also completed in the 1959 24 Hours of Le Mans but didn’t finish.

Next: The first of two rare examples to cross the block this year 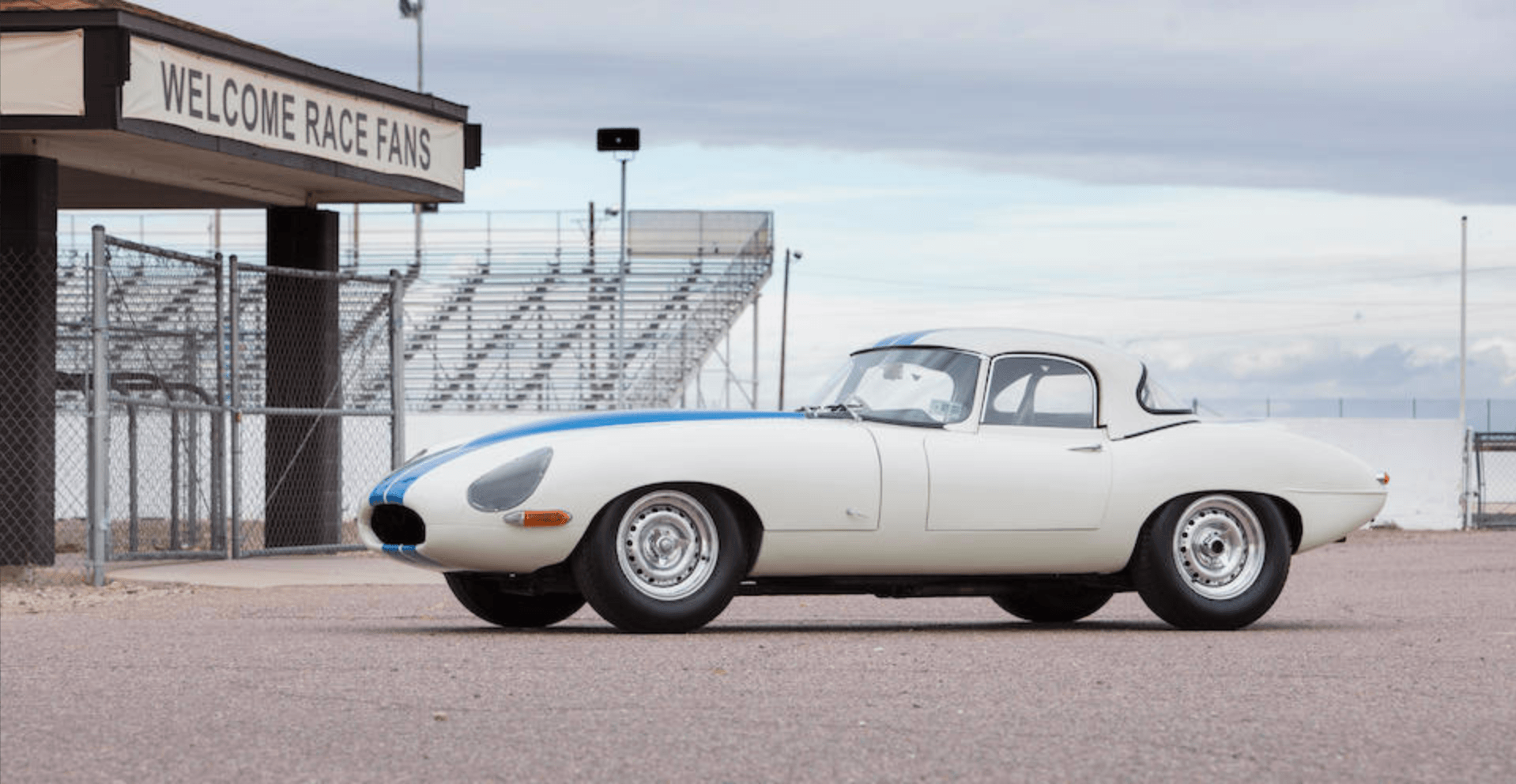 Like the DB4 GT, Jaguar has decided to build “continuation” versions of the E-Type Lightweight car. The price? $1.5 million. But the real thing (and its provenance) will run buyers much, much more. This Lightweight Competition car is the 10th of 12 built, has had just three owners, and has racked up just 4,000 miles in the past 54 years. Likely one of the most original E-Types on the planet, this car fetched $7,370,000 at Bonham’s Scottsdale, Arizona, auction in January.

Next: This is the definition of a prewar classic. 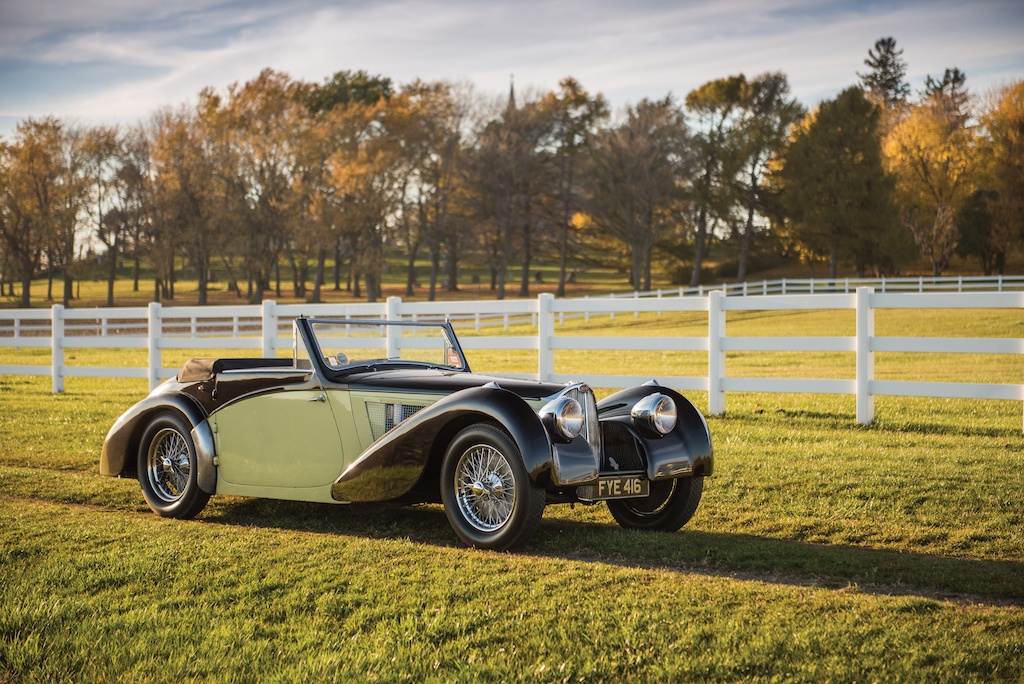 Vintage Bugattis were the most valuable collector cars in the world. Then, midcentury Ferraris skyrocketed in value, and the rest is history. But in 2017, this beautiful 57S Cabriolet is one of the most expensive sales of the year. One of just 42 57Ses ever built — and one of just four with Vanvooren coachwork — this car has a fully documented history. The new buyer will be the car’s seventh owner in 80 years. They paid $7,700,000 for the privilege at RM Sotheby’s Amelia Island auction in March.

Next: A bigger sale for a familiar car 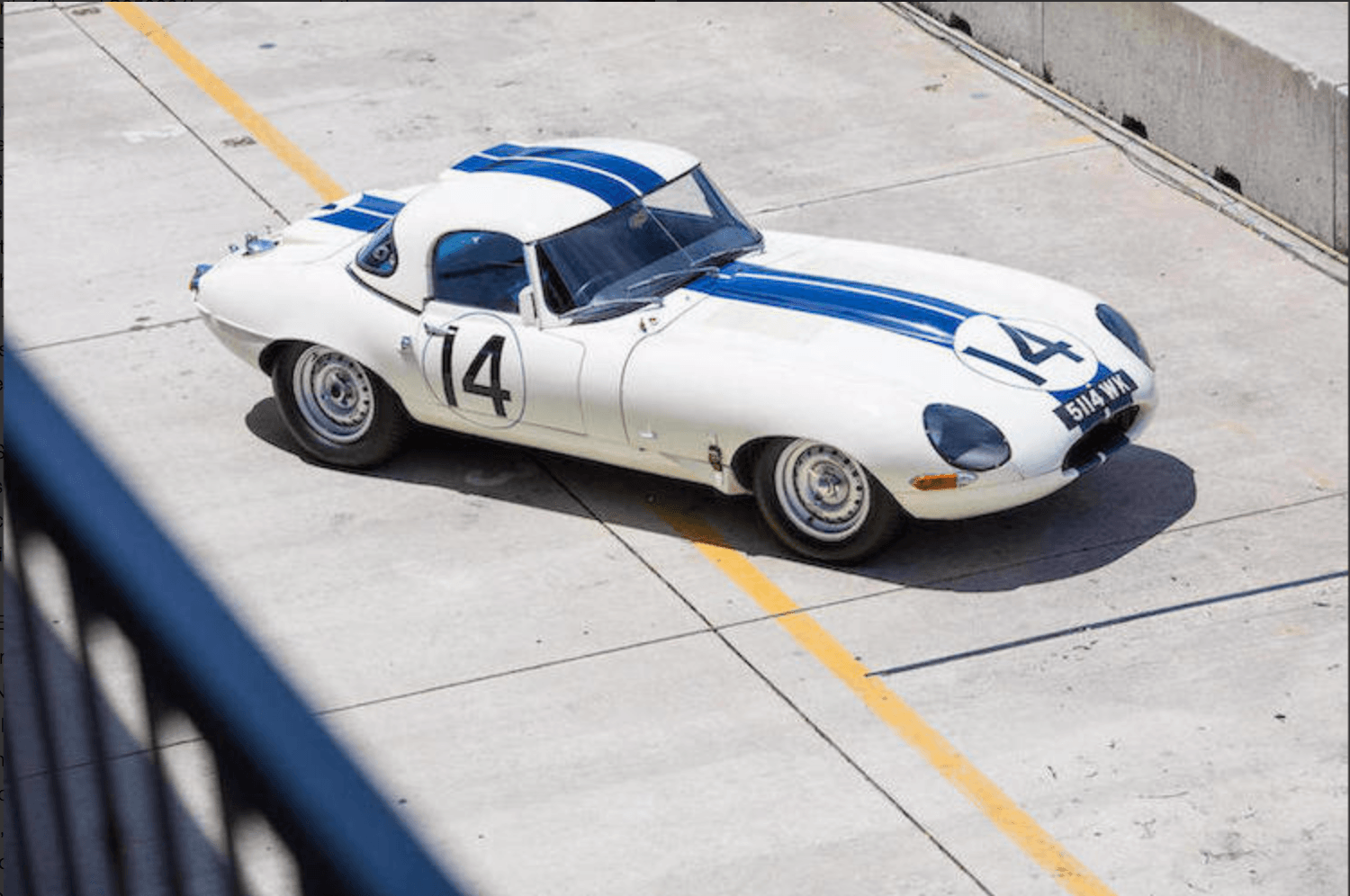 With the renewed interest in the Lightweight Competition E-Types, this car was expected to make a huge splash at Bonham’s Quail Lodge auction in August. This car was part of a team fielded by American race team owner Briggs Cunningham and has a fully documented competition history. Initially, it failed to sell on the auction block. But it sold afterword for a whopping $8 million.

Next: The definition of a classic Ferrari 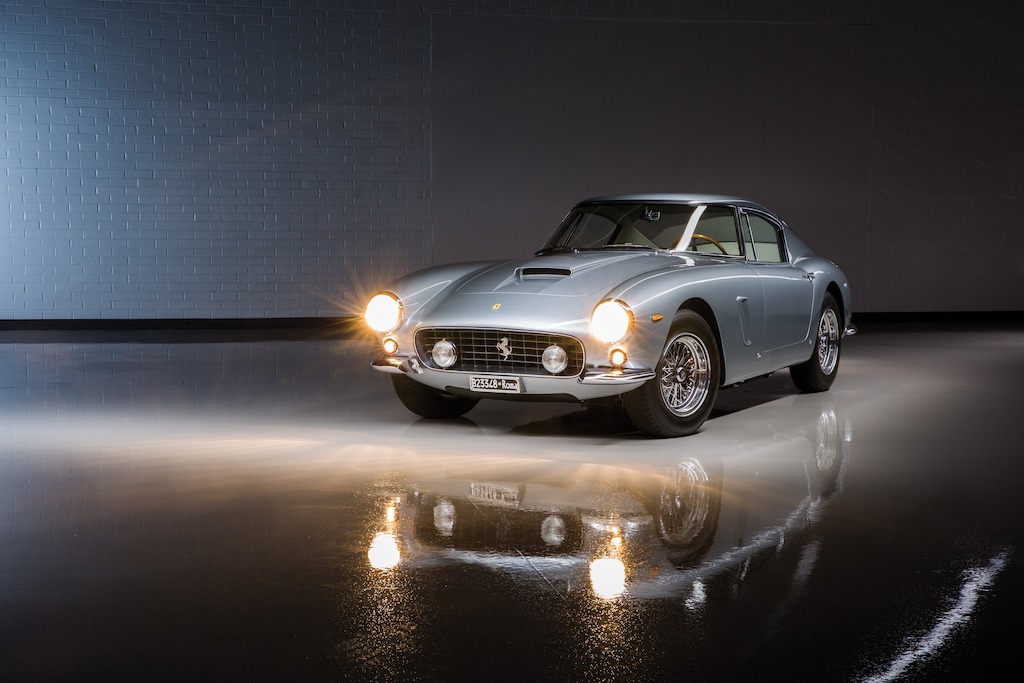 If we had to pick one car that encapsulates the collector car boom of the 2010s, it would have to be the Ferrari 250-Series. Produced for 11 years with a number of gorgeous body styles over a competition-bred chassis and the legendary Colombo V12 engine, these cars are represent the bluest of automotive blue chip investments.  This 250 GT SWB (short wheelbase) Berlinetta, one of just 167 cars, is one of the most desirable 250 models built. It fetched $8,305,000 at RM Sotheby’s Monterey auction. Astonishingly, that’s on the low end for these cars nowadays.

Next: This classic hits all the right notes for collectors. 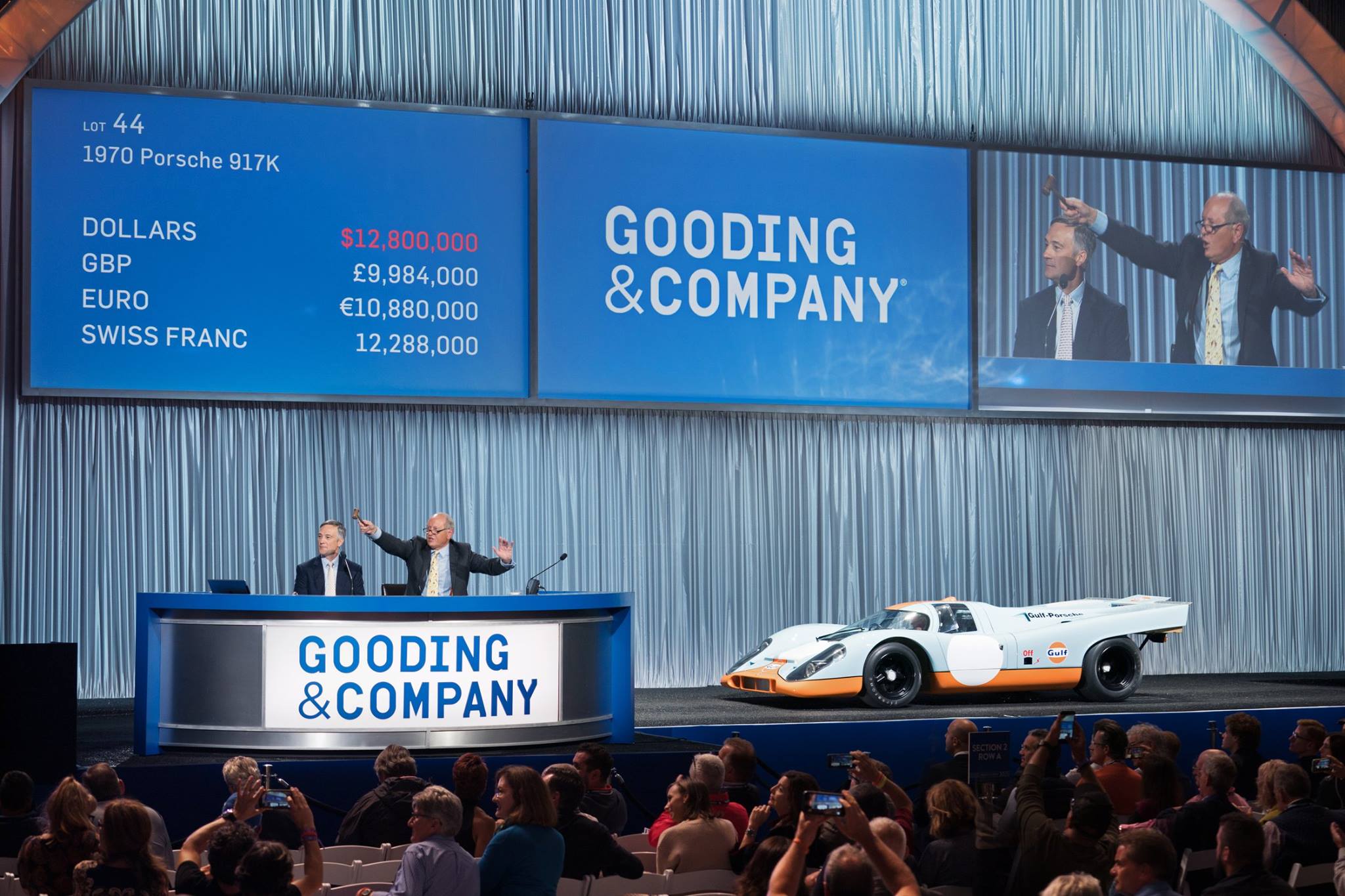 When it comes to provenance, the big blockbusters of the past few years have been either historic race cars, cars owned by Steve McQueen, or competition-spec Porsches. Well, this 1970 Porsche 917K had all three. Despite dominating endurance racing in the late ’60s and early ’70s, the 917K was considered one of the most difficult cars to drive in the world. In fact, Porsche test drivers nicknamed the car “The Ulcer” because it was such a handful at speed.

This car was bought new by legendary racer Jo Siffert, where it ran at Le Mans (but didn’t compete in the endurance race) and the Nürburgring. Then, Siffert leased the car to Steve McQueen, and it was one of three 917s he drove in the iconic film Le Mans. In August 2017, this icon fetched an incredible $14,080,000 at Gooding & Company’s Pebble Beach auction.

Next: This is a holy grail collector car. 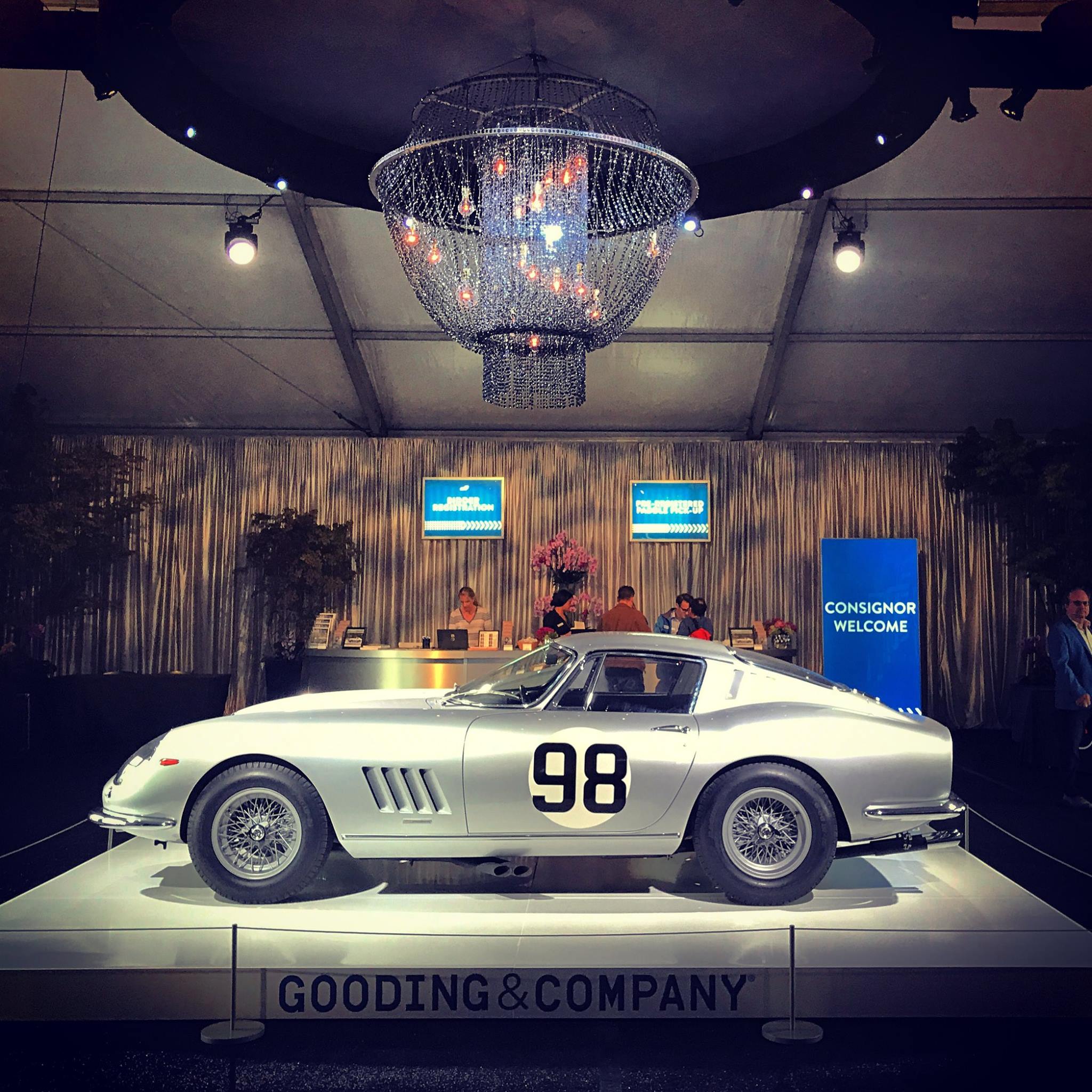 After the 250 cars, Ferrari launched the achingly beautiful 275 cars. Arguably the pinnacle of Ferrari’s classic era front-engine cars, it’s always news when one comes up for sale. This 1966 GTB/C is one of just 12. With a lightweight hand-formed body by the coachbuilder Scaglietti and a 333 horsepower V12, this car was one of Ferrari’s finest competition cars of the 1960s. Raced in Italy from 1966 to 1970 and recently treated to an $800,000 full Concours restoration, this classic fetched $14,520,000 at Gooding & Company’s Pebble Beach auction.

Next: This car is just old enough to qualify as a classic. 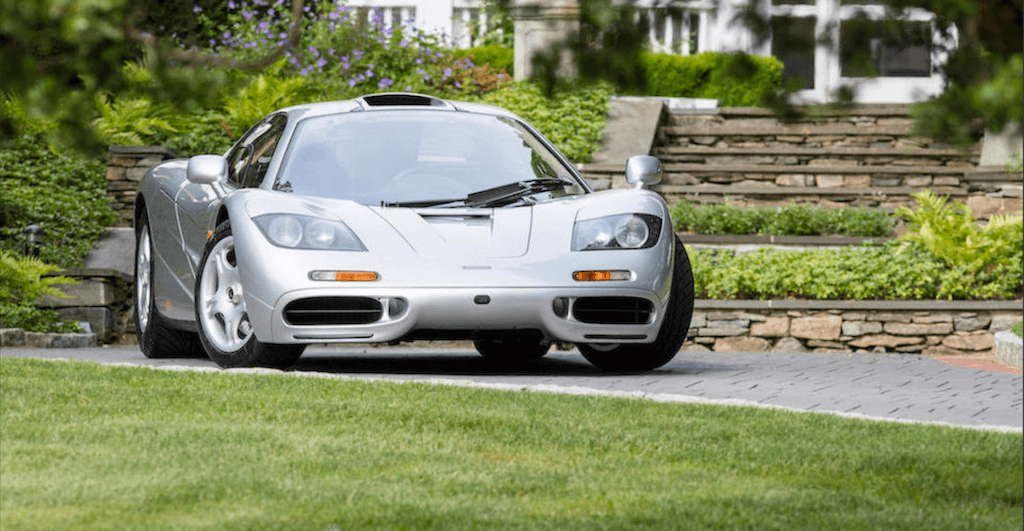 It’s impossible to overstate just how advanced the McLaren F1 was when it debuted in 1992. The 217-plus mile per hour British hypercars revolutionized the performance car world, and their $1 million-plus price tag meant that just 64 street cars were built. This F1 was the the first of only seven cars ever federalized to be legally driveable on U.S. roads. It sold for $15,620,000 at Bonham’s Quail Lodge auction in August.

Next: This car is a record breaker in more ways than one. 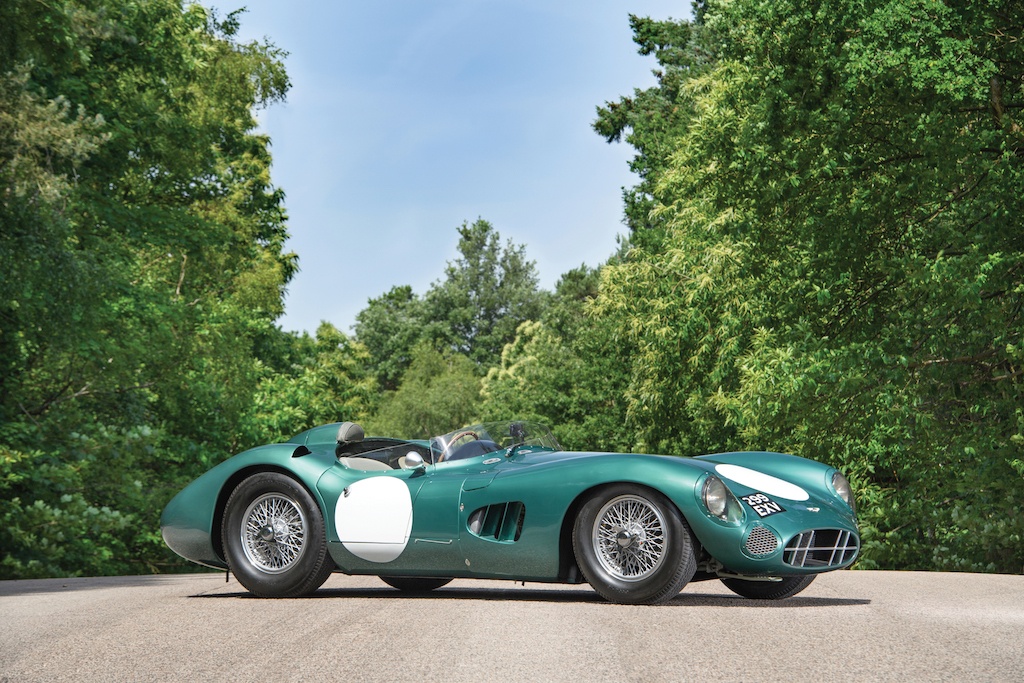 This DBR1 is just one of five, and its list of drivers reads like a who’s who of midcentury racing. Sterling Moss, Jack Brabham, and Carroll Shelby all competed in this car, which was campaigned heavily between 1956 and 1960. Sold with two engines — the priceless original and a replica to use for racing — this iconic Aston fetched an incredible $22,550,000 at RM Sotheby’s Monterey auction.