The 16 Most Expensive Colleges in the U.S.

Everyone knows college isn’t cheap these days, but you might be surprised by just how expensive some schools really are. Without financial aid, you’d pay more than $69,000 a year to attend the most expensive college in America — about what it would cost you to drive off the lot in a brand new Tesla Model S. And that school isn’t an outlier. Dozens of colleges and universities charge more than $60,000 a year for tuition, room, and board, according to data gathered by the Chronicle of Higher Education.

Eye-popping sticker prices might leave parents and prospective students reeling, but they don’t tell the entire story. The most expensive colleges in the U.S. are all private schools, and many have generous financial aid programs. The price tag might read $65,000, but students often receive grants and scholarships, meaning they pay far less.

Still, high costs of attendance are no joke, especially if you’re not lucky enough to get financial aid. Which schools will put the biggest dent in your bank account? According to the Chronicle of Higher Education, these are the 16 most expensive colleges in the U.S., based on in-state tuition and fees for the 2016-17 school year. Is your child’s dream college on the list? 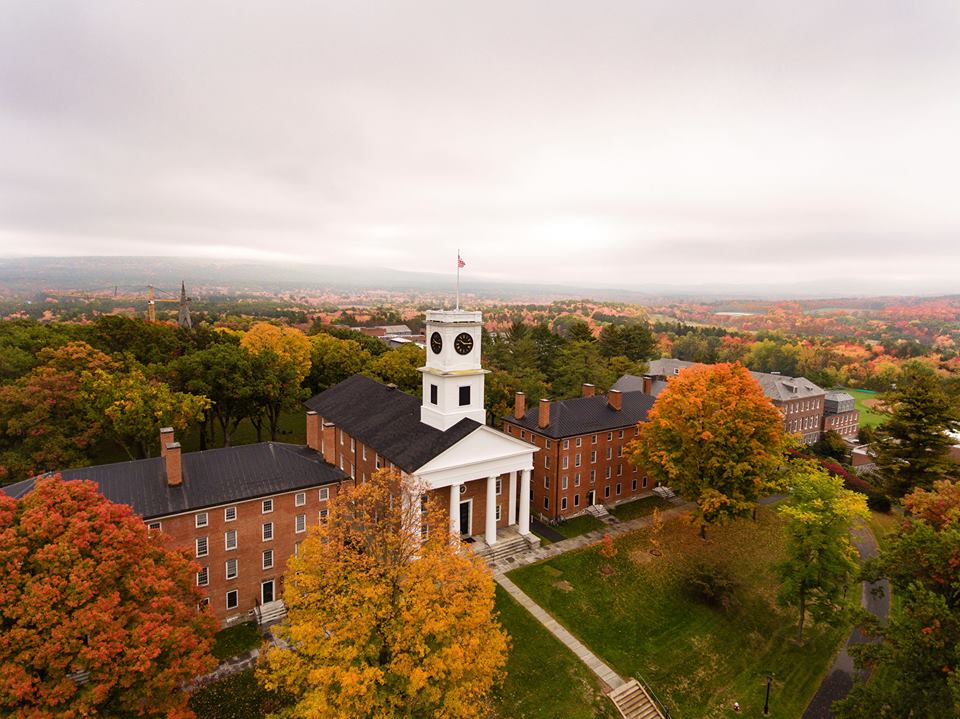 Amherst College is the second-best liberal arts college in the U.S. according to U.S. News & World Report’s ranking, but attending a top school comes at a price. Tuition alone is more than $50,000, and room and board is another $13,710 annually.

If you pay out-of-pocket for your entire degree, Payscale estimates your return on investment would be $396,000. But at many private colleges, a significant number of students don’t pay the sticker price.

Fifty-five percent of students receive financial aid, all of it in the form of grants from the school, meaning 75% of grads had no student loan debt upon graduation. In fact, the average Amherst student left school with less debt than a graduate of the neighboring public college, UMass Amherst, according to a report by MassLive. 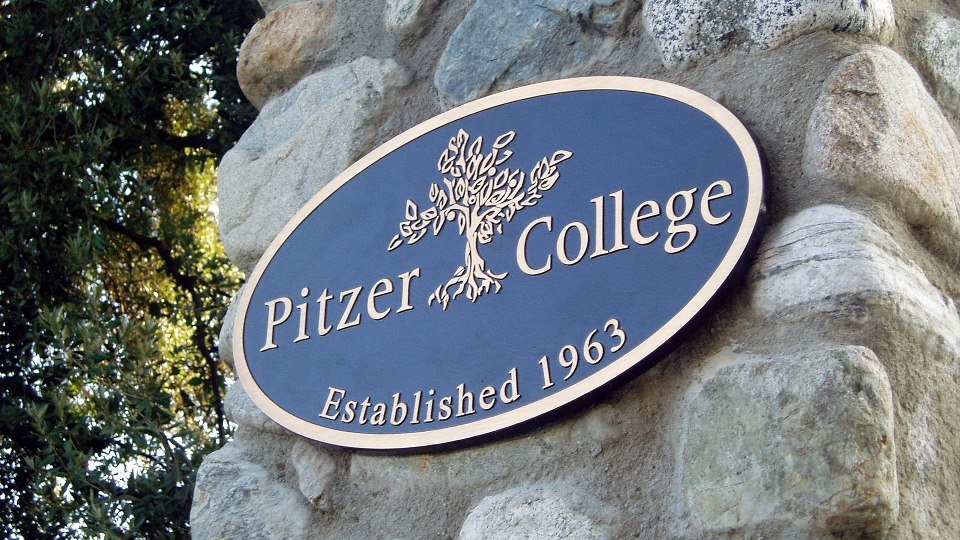 You’d have to shell out more than $66,000 a year to attend California’s Pitzer College, assuming you don’t receive any financial aid. A little less than half of students do receive some financial support, though, and Kiplinger ranked it No. 31 in its list of best-value colleges in the U.S. 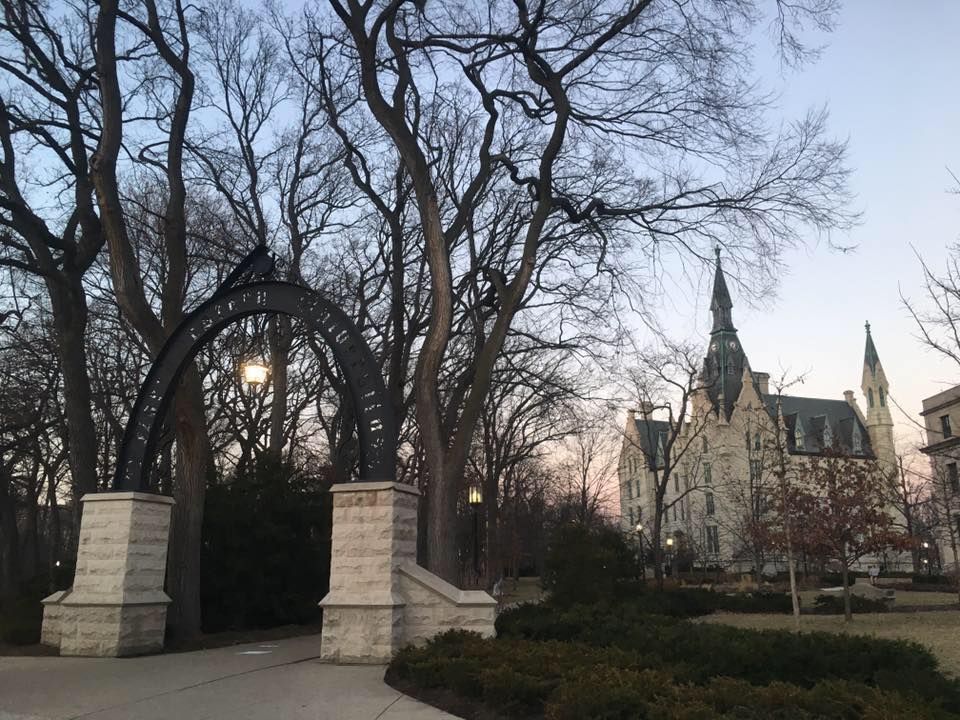 Enrolling at this Big Ten school will cost you nearly $51,000 a year in tuition alone, plus some hefty room and board charges. A third of students take out federal student loans to attend, borrowing an average of $18,900.

But that number might be lower for future students. Northwestern recently announced it was moving toward all-grant financial aid packages for newly admitted students and capping student loans for those currently enrolled. Graduates earn $64,400 on average.

Connecticut’s Trinity College is one of the most expensive schools in the country, with tuition, room, and board topping $66,000 per year. Forty percent of students at the highly ranked, selective liberal arts college receive need-based financial aid from the school. Trinity College’s 20-year net return on investment is $346,000. 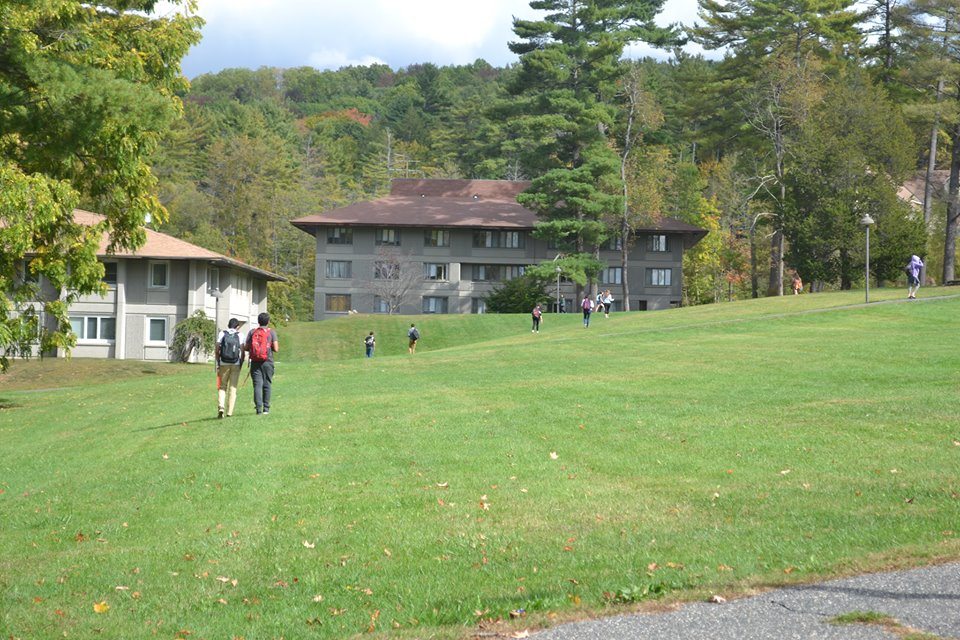 Bard College at Simon’s Rock isn’t your typical college. This private school in Massachusetts is an “early college” — the only four-year one in the U.S. — for motivated high school students who are ready to start earning a four-year degree before most of their peers. It gives them a head start on their careers and further schooling (and 78% of its students eventually earn graduate degrees). But this unique experience comes at a cost of more than $66,000 a year. Eighty percent of students receive financial aid.

You’ll pay close to $67,000 a year for tuition, room, and board at Southern Methodist University in Texas. Three-quarters of students get some sort of financial aid, according to the school. But the average annual cost for students after scholarships and loans was still $32,128 a year, according to Department of Education data. The typical graduate with student loans owed $22,500. The 20-year net return on investment for SMU grads was $317,000. 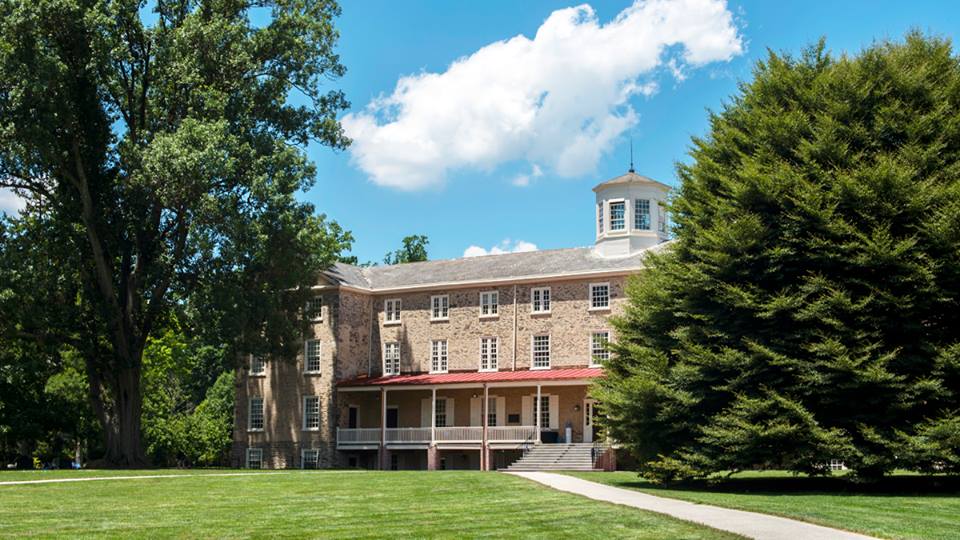 Pennsylvania’s Haverford College is one of the most expensive in the country, but it could be a good deal for low- and middle-income students who score admission to this selective school. Students from families who earn less than $60,000 a year won’t have loans in their financial aid package, while loan amounts for other students generally range from $1,500 to $3,000 a year.

Haverford has also created a debt-relief fund to help graduates who have low-paying jobs of high social value to pay back their debt. Kiplinger named this liberal arts school one of the top 20 college values in the U.S. Haverford’s 20-year return on investment is $357,000. 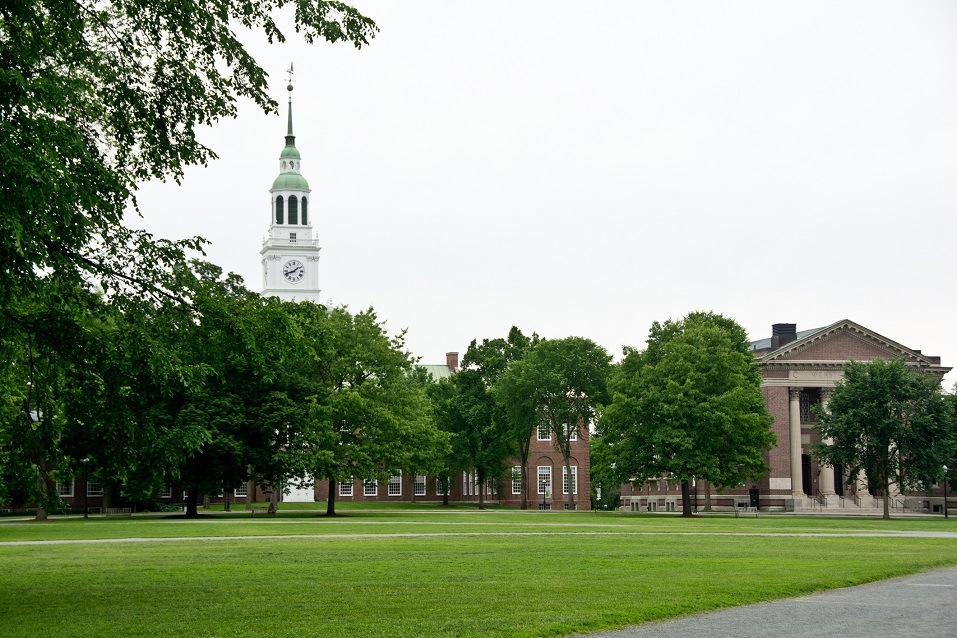 The school is also in the top 15 of national universities, according to U.S. News & World Report. Students from families earning less than $100,000 get free tuition, and the average student receives annual scholarships worth $47,833.

Tuition, room, and board at the University of Southern California in Los Angeles costs more than $66,000 a year, making it one of the priciest schools in the U.S. Thirty-seven percent of students take out an average of $21,500 in federal student loans. Two-thirds of students receive financial aid, including 22% who receive merit-based scholarships from the university. Payscale’s estimated return on investment for graduates is $448,000. 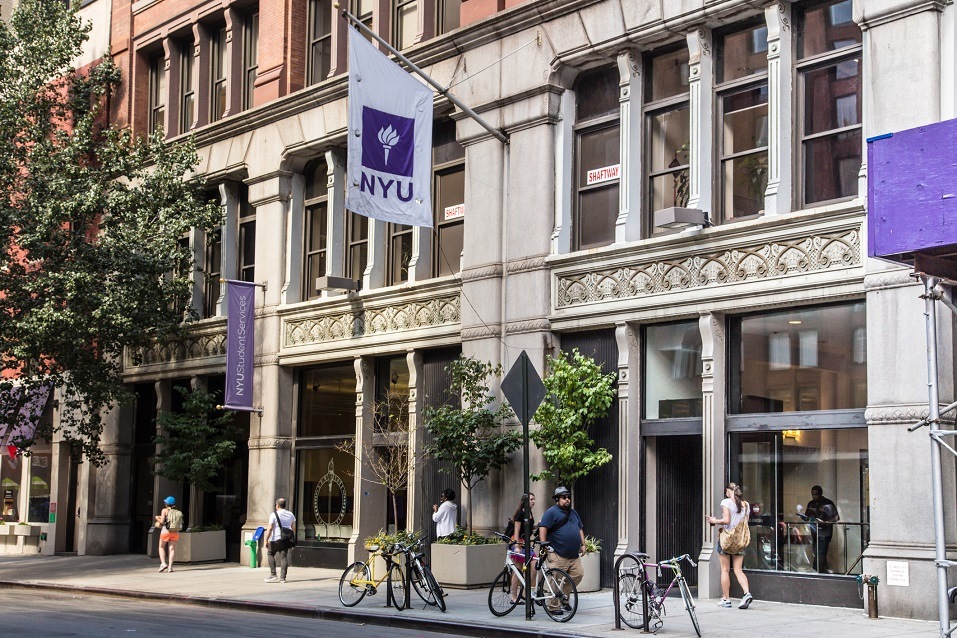 New York is one of the most expensive cities in the world, so it’s not surprising New York University is no bargain. In addition to tuition of nearly $50,000 a year, room and board is close to $18,000, one of the highest costs in the U.S. After scholarships and loans, students pay an average of $36,991 to attend. Forty-one percent receive federal student loans, graduating with an average of $23,300 in debt. 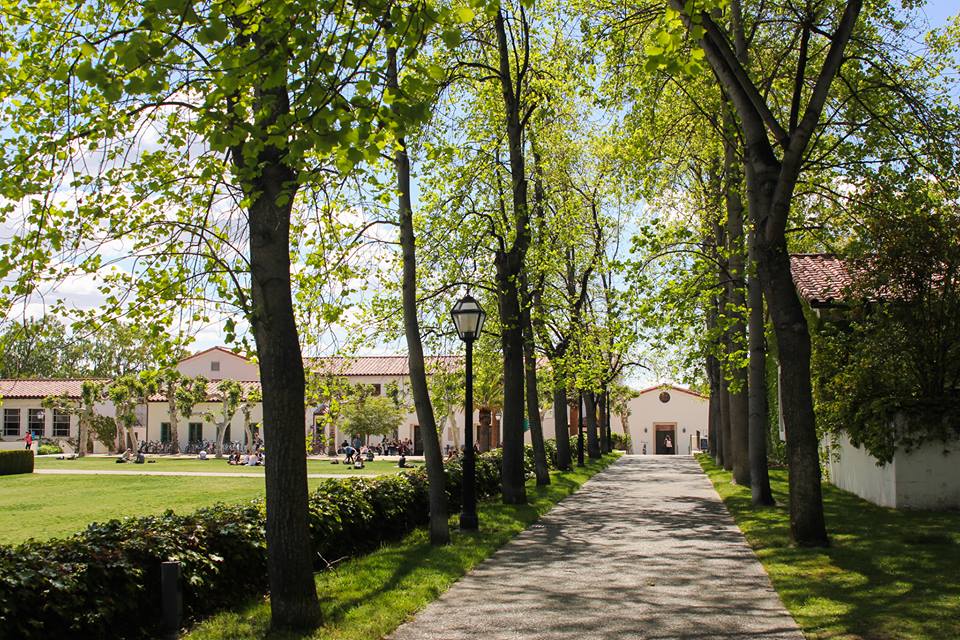 Scripps College, along with Pitzer College and several other schools on this list, is part of the Claremont Colleges consortium. The all-female liberal arts college has fewer than 1,000 students and charges close to $67,000 a year in tuition, room, and board.

Thirty-eight percent of students take out an average of $13,750 in loans to pay for their degree. The estimated 20-year return on investment is $179,000, and students earn an average salary of $47,800 a decade after graduation.

Like Scripps, Claremont McKenna is part of the Claremont College consortium. While the sticker price is similar to that of its sister school, the estimated return on investment for graduates is much higher — $514,000, according to Payscale’s estimates. The average salary for grads is $66,400, and only 9% of students take out student loans. Their average debt is $13,500. 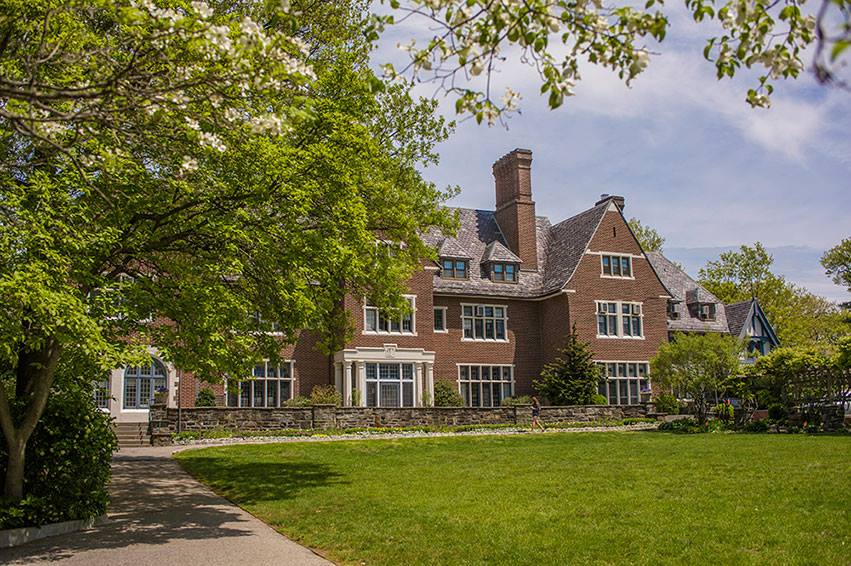 You’ll spend $66,990 a year to attend Sarah Lawrence College, a liberal arts college just north of New York City. Three-quarters of students receive financial aid to help them cover the costs, but they still end up paying an average of $33,255 a year for their degree after loans and scholarships.

Fifty-five percent of students borrow to pay for school, taking on an average of $13,500 in debt. The average salary for grads who took out loans is $37,000, and Payscale estimates a student’s 20-year net return on investment on a Sarah Lawrence degree would be $53,000 — the worst result on this list. 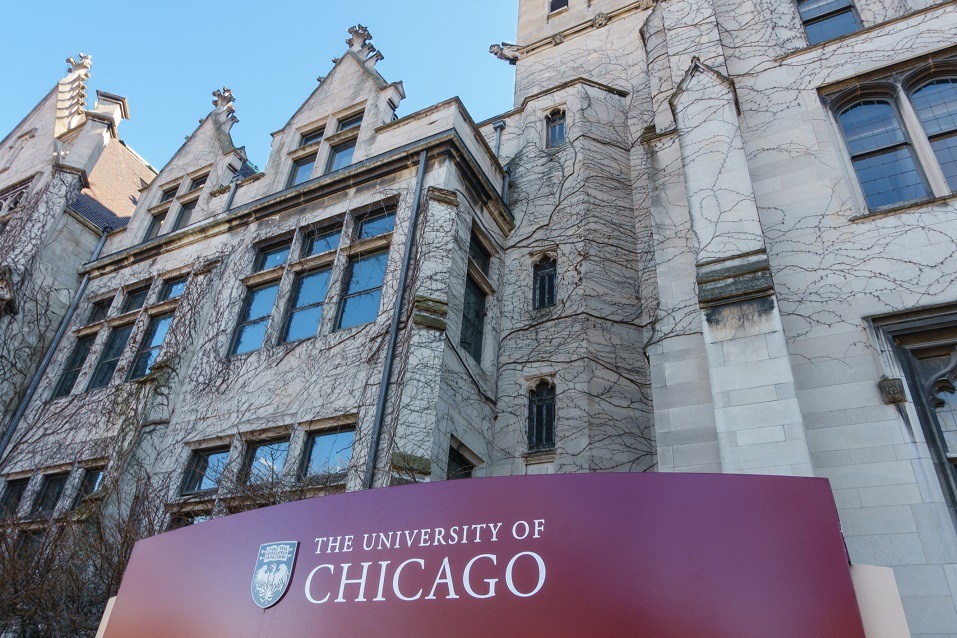 The University of Chicago is one of the top-ranked schools in the country, and the premium education students receive is reflected in the school’s sticker price. But like some other elite schools, University of Chicago has programs in place designed to help lower- and middle-income students graduate debt-free. Graduates who borrowed to attend the school earn an average of $64,000 annually, and the 20-year return on investment on a degree is $365,000. 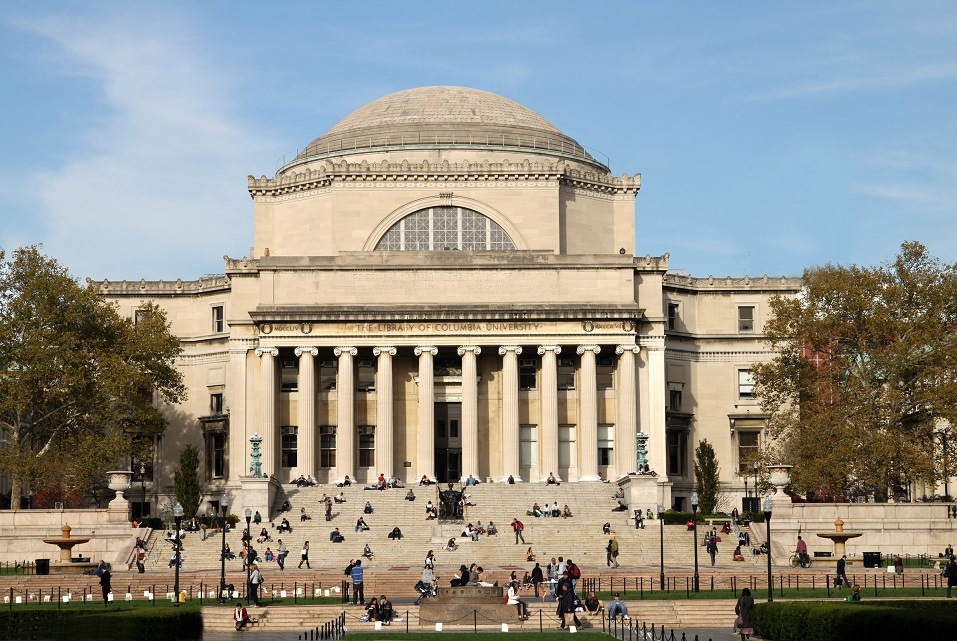 New York’s Columbia University is the second-most expensive college in the country, but the costly degree can pay off. The estimated 20-year return on investment is $639,000. Just over a quarter of students take out federal student loans to pay for school, and 10 years after graduation, they’re earning an average salary of $75,200, more than any school on this list.

The school has also removed loans from financial aid packages and replaced them with grants. It covers 100% of the cost of attendance for lower-income students.

*Tuition, room, and board at Columbia’s School of General Studies, a division of the school for returning and nontraditional students, are $67,031 annually. 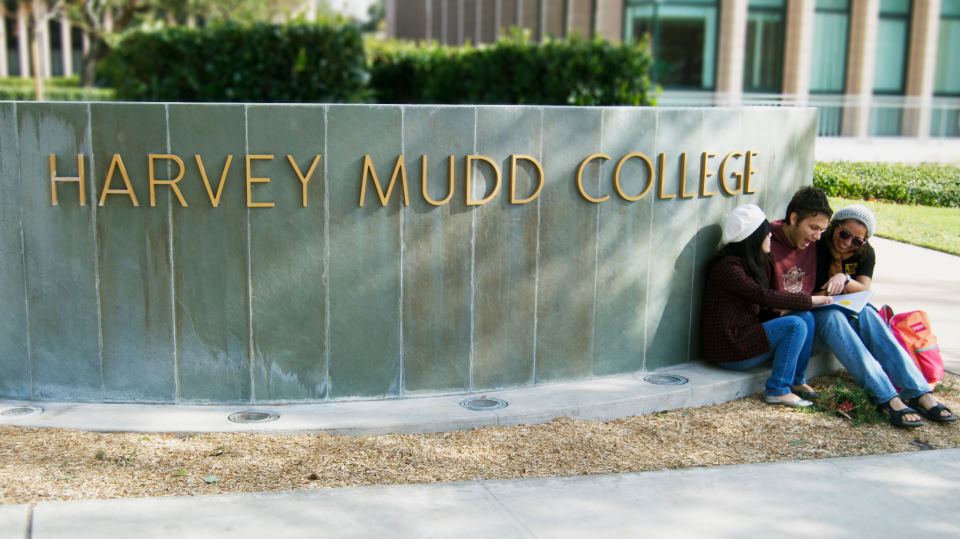 If you are lucky enough to get into this selective school, which accepts 13% of applicants, chances are you’ll get some financial support. Three-quarters of students receive financial aid, much of it in the form of scholarships and grants. And they graduate with $26,000 in federal student loans. Six years after graduation, alums are earning $67,200 annually on average.

Student debt and alumni salary data (which reflects earnings of graduates who received federal financial aid) is from the U.S. Department of Education. College return-on-investment data is from Payscale.