The Most Popular Classic Cars for Under $10,000

Any way you look at them, cars are expensive. It doesn’t matter if you just bought the newest model off the lot or have a needy used car, you’re going to be spending money on your ride. That’s what keeps lots of would-be gearheads from classic car ownership. Old cars are beautiful and fun to drive, sure. But with stories of record-setting sales coming out seemingly every month, can the average hobbyist ever hope to afford something cool to take to their local cruise nights?

The answer, of course, is yes. Hagerty, the authority on classic car valuation and insurance, analyzed data on hundreds of classic car models and found 10 of the hottest classics on the market that trade hands for well under $10,000. So if you’re looking for your next weekend toy, check out these 10 easily attainable classics. 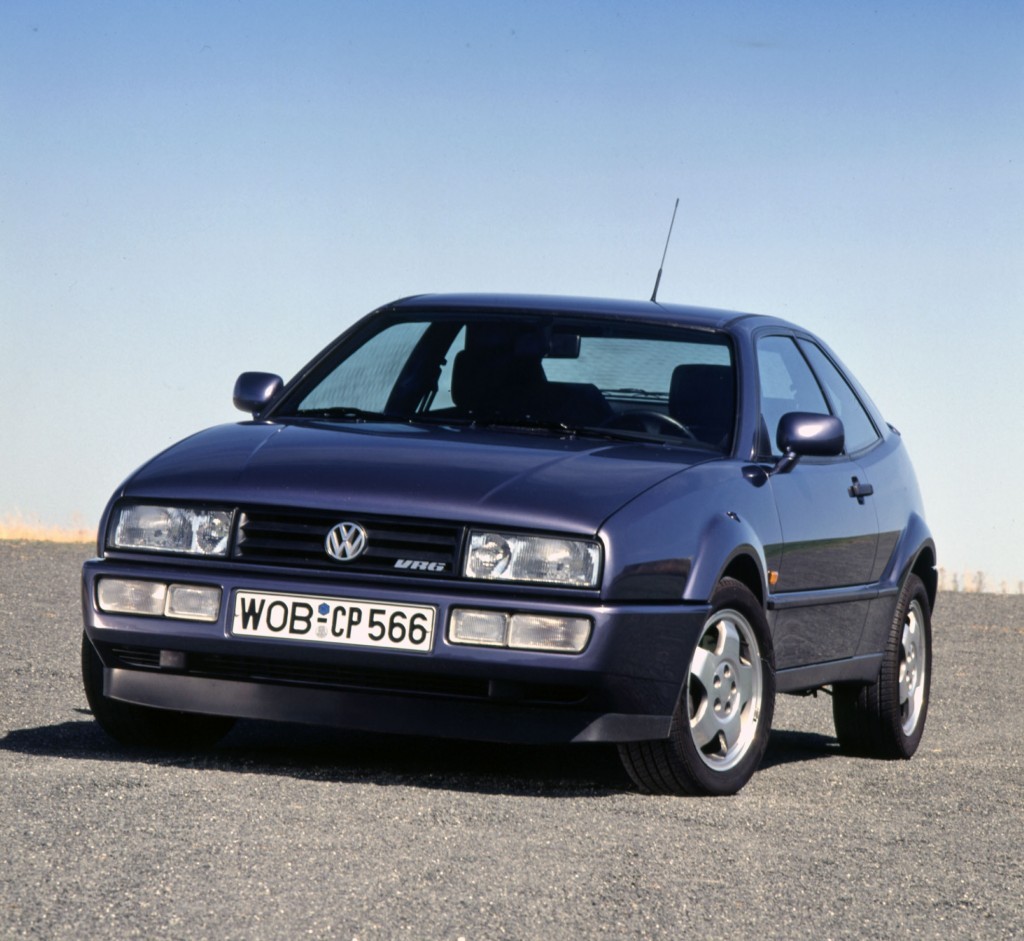 Sold at a time when Volkswagen was all but an afterthought in the U.S. market, the Corrado was an underrated gem. Despite accolades from the motor press on both sides of the Atlantic, the Corrado’s $20,000-plus price tag (around $45,000 today) kept a lot of buyers at bay. A legitimate Porsche 944/Audi Quattro Coupe competitor, the Corrado’s too-cool ’80s looks and excellent driving dynamics have made it one of the hottest young-timer classics out there. With average drivers trading hands for around $4,600 today, grab one while you still can. 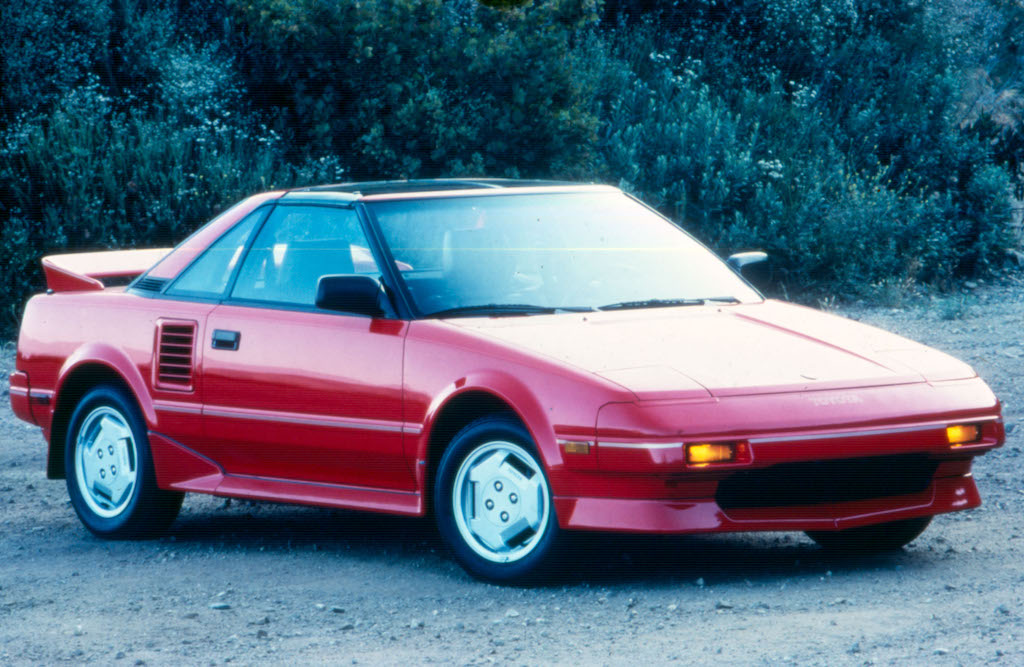 Picture this: an exotic, mid-engine car with Ferrari-like acceleration, go kart-like handling, and bulletproof reliability available in good driving condition for about $4,300. Sound too good to be true? Well, say hello to the first-generation Toyota MR2. Automobile famously launched in 1986 with a cover story comparing the car to a Ferrari 308, and the Corolla-based sports car actually held its own. Provided rust isn’t an issue, we challenge you to find a more exciting ’80s car on a tight budget. You won’t be disappointed. 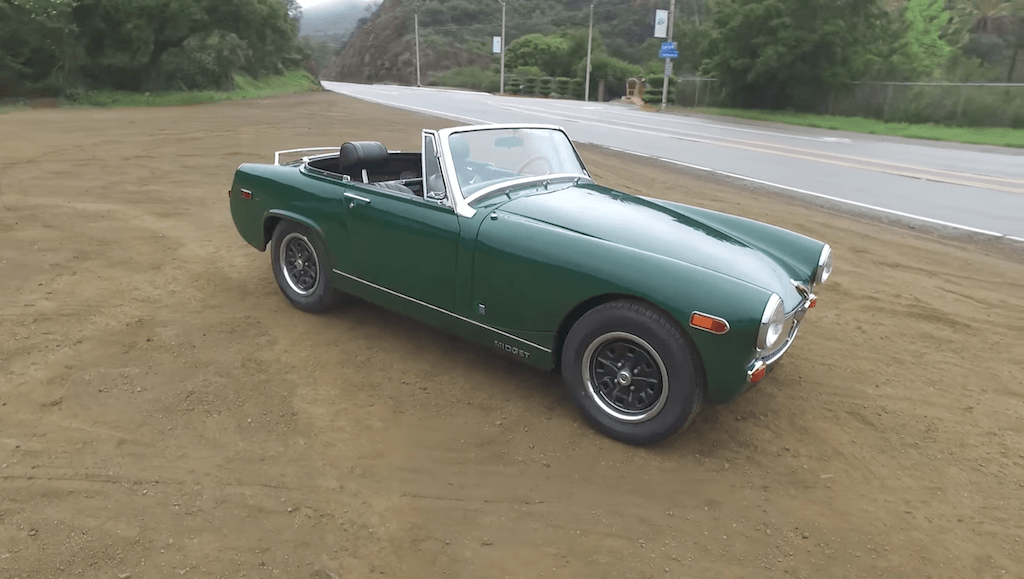 Launched in 1961, the MG Midget was an impossibly small, no-frills British roadster popular on both sides of the Atlantic. They’re slow and mechanically needy, but they’re perfect summertime cruisers. And they’re easy and cheap enough to maintain that generations of shade-tree mechanics have kept them on the road. The final ’75 to ’80 cars were saddled with hideous rubber bumpers and a jacked-up ride height. But considering that you can buy aftermarket chrome grilles and bumpers for a song, as well as kits to correct the ungainly ride height, you can have yourself a beautiful British roadster for well under $5,000 and a weekend’s worth of work. 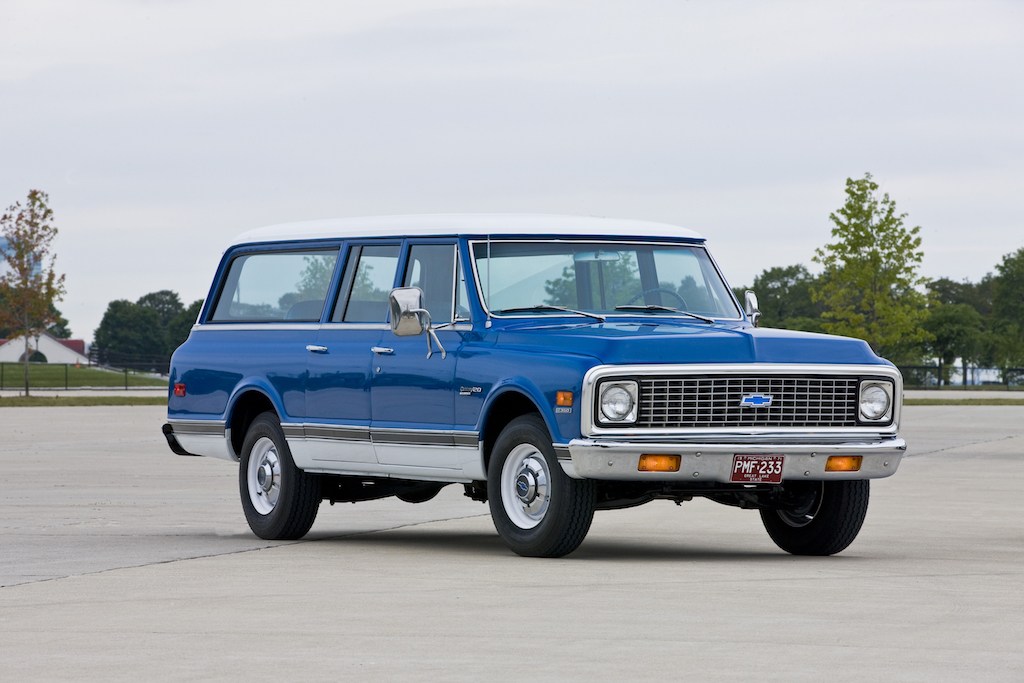 The sixth-generation Chevy Suburban shared much of its styling with the second-generation C/K series pickup, arguably one of the best-looking Chevy models of all time. Far more utilitarian than the modern Suburban, these models were odd five-doors compared to what we know today. They had a single driver’s side door, two doors on the passenger side, and two “barn doors” out back. This is also the generation where the Suburban really took off. Sales quadrupled by the time this model was phased out after 1972. Today, the average selling price for these workhorses is around $9,400. 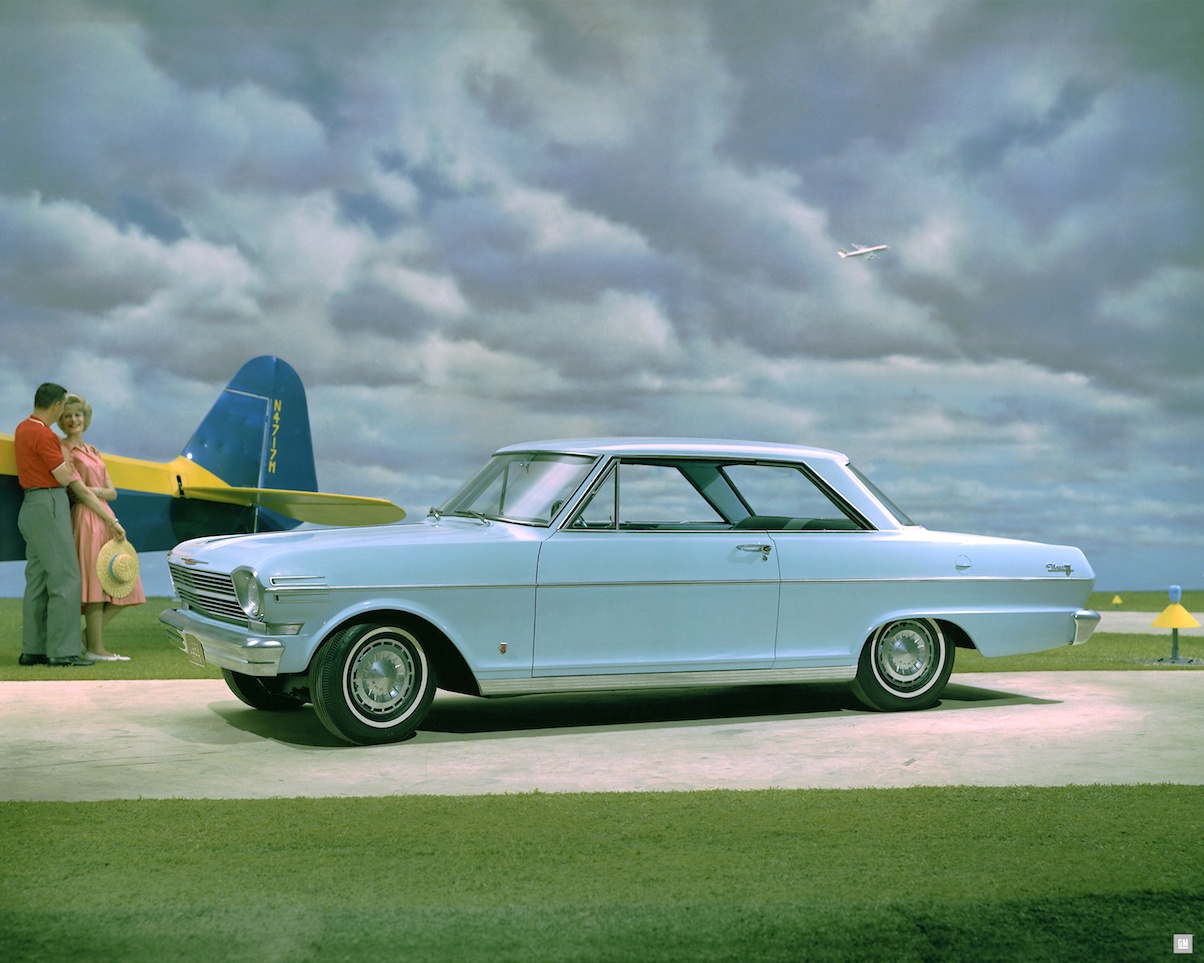 The Nova began life as an insurance policy. After getting trounced by the Ford Falcon, Chevy launched a crash course to replace the ill-fated Corvair in the subcompact segment. The result was the handsome, bare-bones Chevy II, or Nova. While the muscular second-generation cars are particularly prized by muscle car fans, the first-generation cars have largely flown under the radar. But they’re increasing in popularity now. A clean running example can usually be found for $9,600. 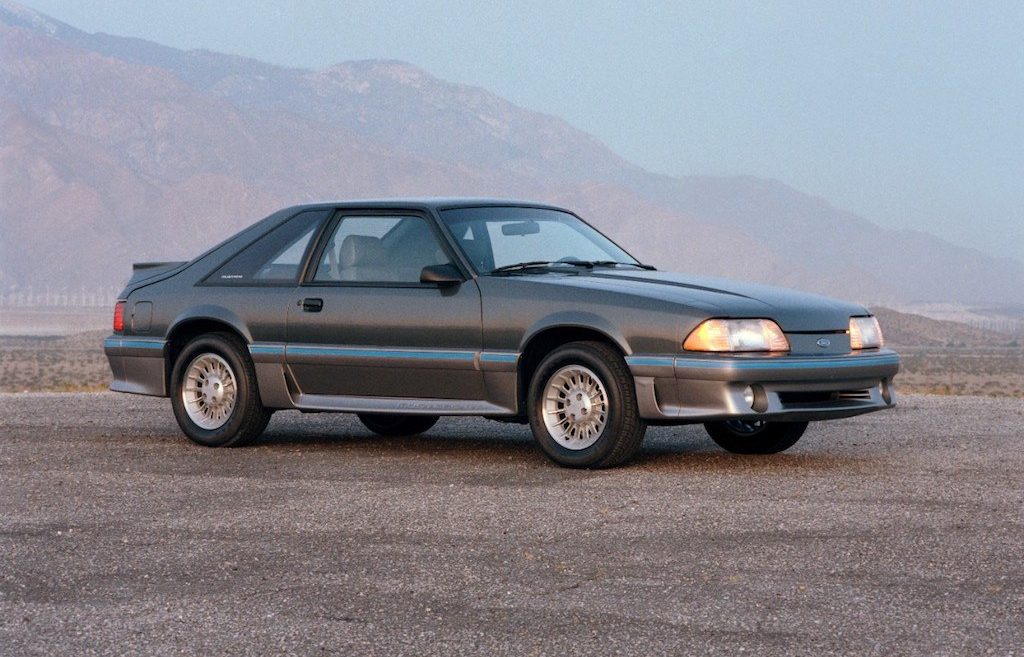 If there’s a young-timer classic that can be all things to all people, it’s the Fox Body Ford Mustang. Known by its versatile “Fox” platform that underpinned over a dozen Ford models, the car’s parts interchangeability and one of the strongest aftermarket communities in the world make it one of the easiest cars on the road to make your own. Ford built nearly 2 million Fox Mustangs over 14 years, meaning there are plenty still out there for cheap. A clean, unmolested Fox trades hands for around $5,300. After that, the only thing holding you back from making it your own is your budget. 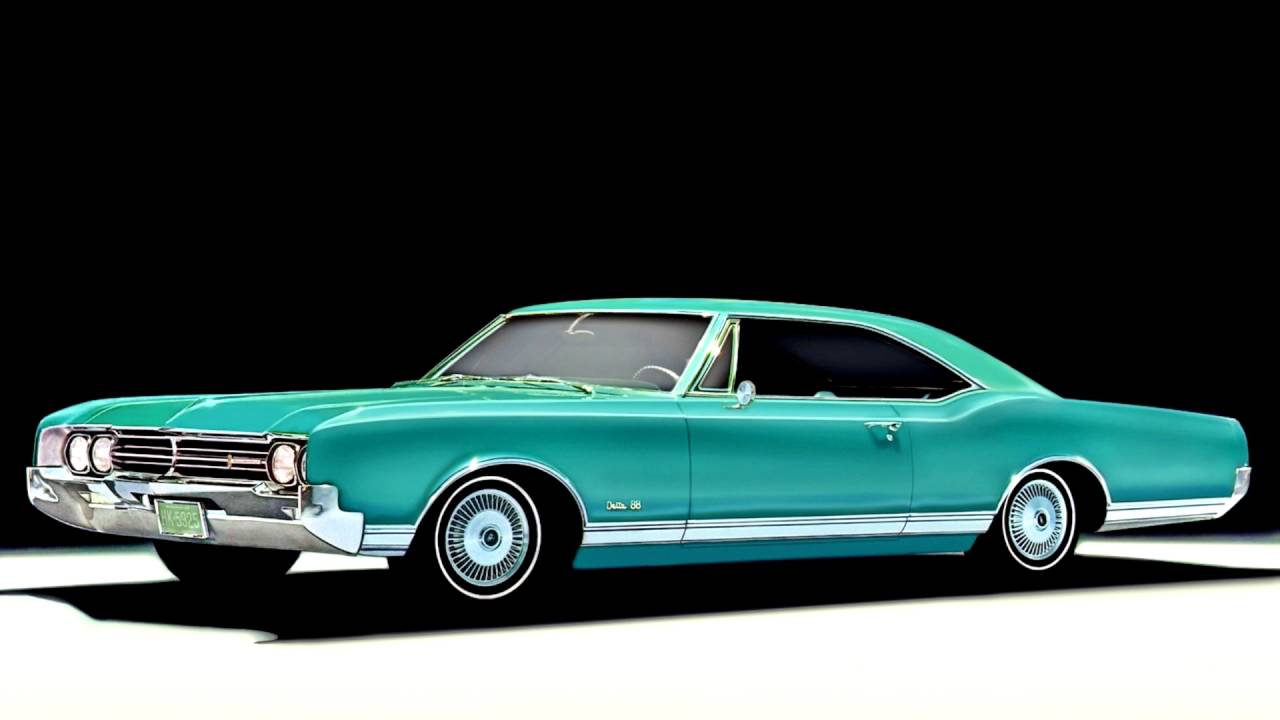 For most collectors, desirable ’60s Oldsmobiles begin and end with the Cutlass-based 442. But they’re missing out on some of the finest full-sized American cars of the era. For an average of $7,700, you can buy a clean Olds Delta 88. With at least 300 horsepower on tap from its 425-cubi- inch V8, you get a rich, muscle car burble for cruise nights. (Let’s be honest: 95% of surviving muscle cars spend most of their time on the road cruising anyway.) Plus, there are couch-like bench seats, cool midcentury looks, and a plush ride. 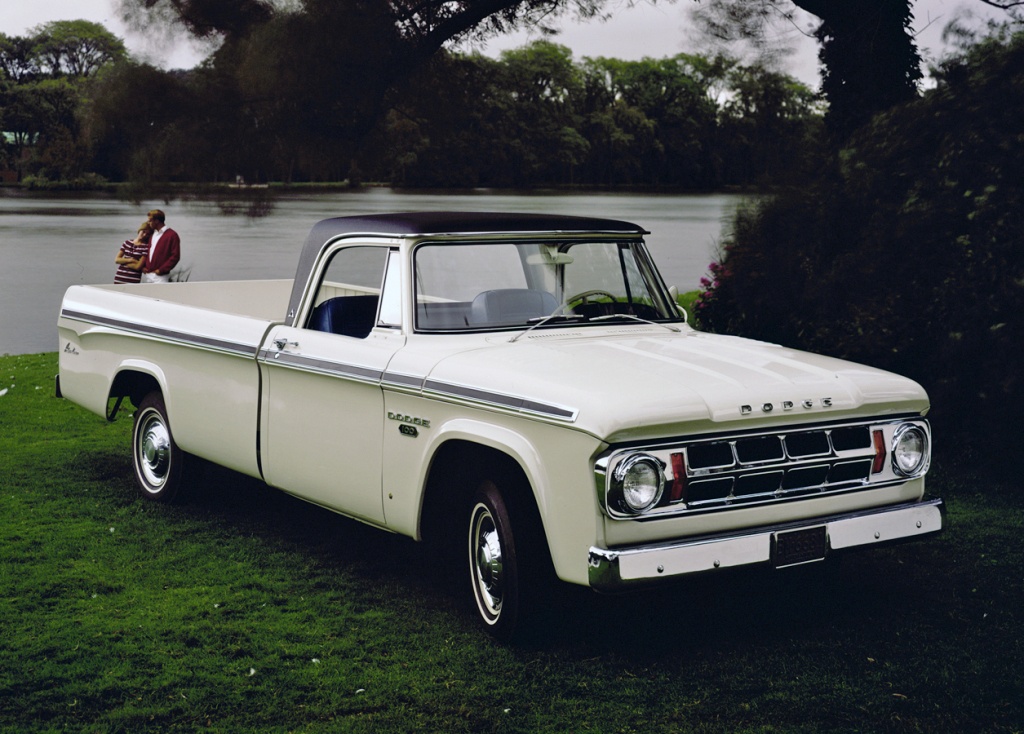 Before the second-generation D/W-Series trucks were introduced in 1965, Dodge’s truck styling was an acquired taste. But this generation is squared off and good looking — and just modern enough where it doesn’t feel like an antique on the road. The average price for a solid runner is around $8,500. 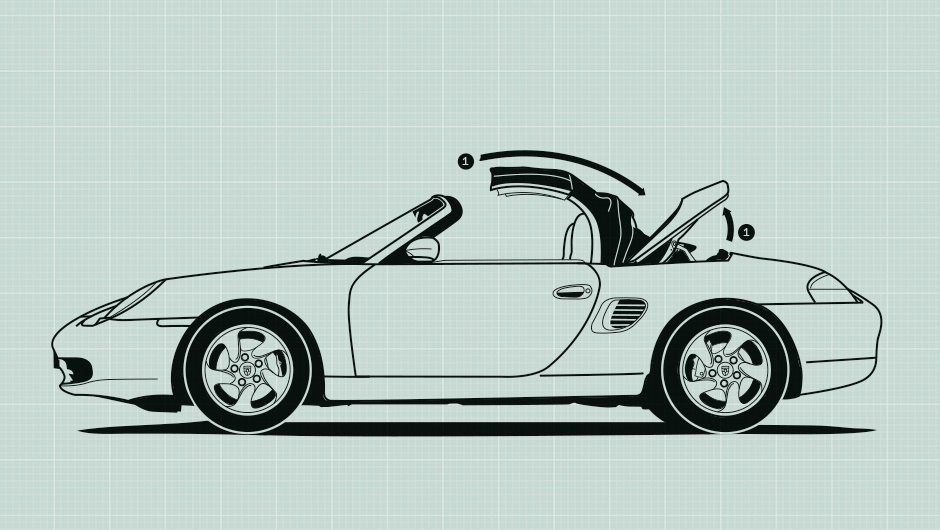 A lot of people credit the Cayenne SUV for making Porche the premium juggernaut it is today, but the Boxster deserves just as much credit. The mid-engine roadster was introduced in 1997 as an entry-level car, but it benefits from the same level of German over-engineering that had made the brand a cult favorite for decades. The car was incredibly popular for a $40,000-plus model. Today, clean examples can be had for around $9,500. 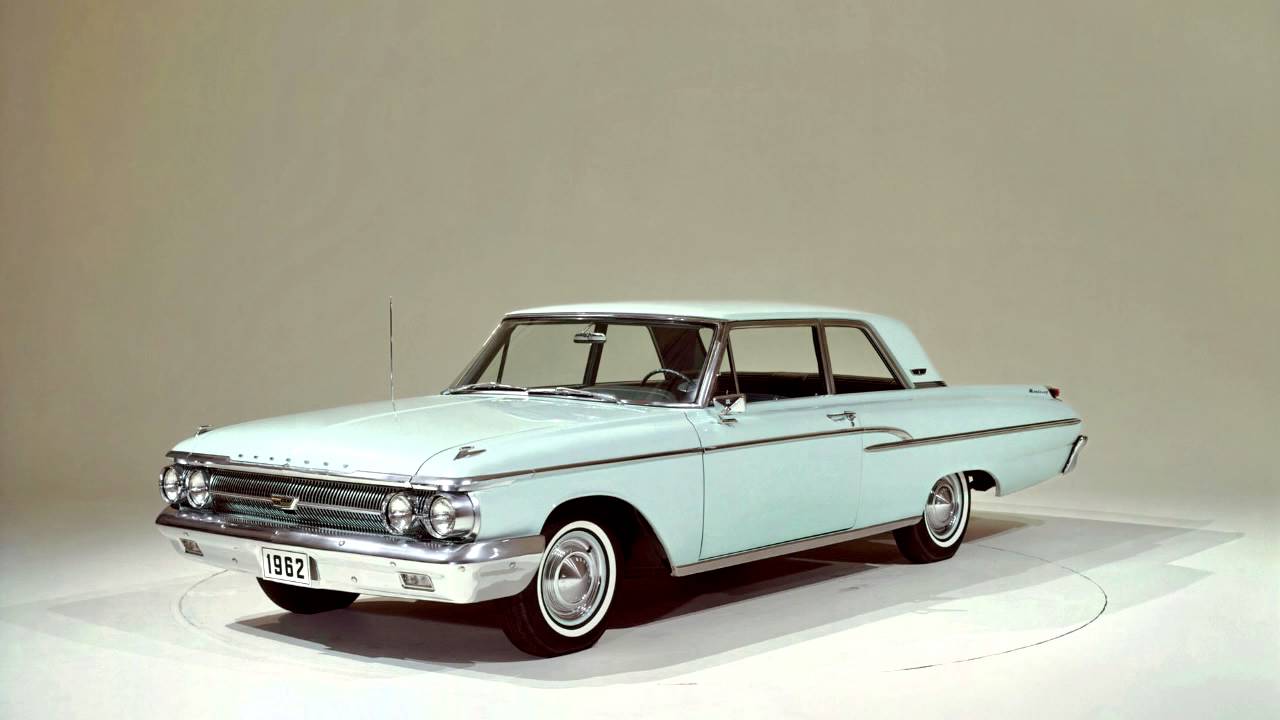 Fords of the 1960s are starting to get pricey, but offerings from The Blue Oval’s premium brand, Mercury, are still very attainable. Sitting atop the Mercury line in the early ’60s, the Monterey came standard with the 292-cubic-inch Y-Block V8, though a red-hot 390-cubic-inch V8 was available, too. And with features, such as the “breezeway” retractable rear window, the Monterey offers tons of early ’60s cool for affordable prices. Runners in good condition trade hands for around $9,200.