Need a Raise? 3 Things You Can Do to Get Paid Like Your Boss 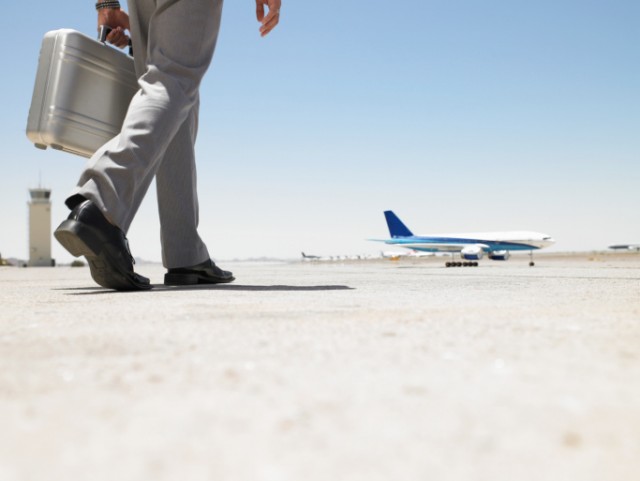 Between April 2014 and April 2015, the median paycheck taken home by the chief executive officers of American corporations rose 12.7%, according to an ISS Corporate Solutions analysis of ExecComp Analytics data. That jump represents a total of $6.4 million in increased income, up from the previous year’s $5.5-million leap. It’s also significantly greater than the average rate of inflation in 2014, or 1.6%, and much larger than the expected increase in base pay for the average American employee. Similarly, the AFL-CIO’s 2014 annual Executive Paywatch summary found that CEO pay, on average, increased 16% last year.

By comparison, incomes of average workers are expected to increase just 3% this year, according to a 2014 study from Mercer. And while that represents slightly better growth than 2014’s 2.9% and 2013’s 2.5%, it is not a strong rate of increase. For reference, according to data from the Department of Labor’s Bureau of Labor Statistics, the median weekly wage for full-time workers was $796 in the final three months of 2014, which works out to $41,392 per year.

Over the past year, CEOs were given raises 22 times greater than those the average worker took home. As for the CEO-to-worker pay ratio, it now stands at 373:1 for every dollar earned, according to AFL-CIO data. And this is just one year in a larger trend; since the late 1970s, there has been an explosion in executive pay. CEO pay has risen 725% since 1978, whereas pay for the standard employee has only gone up around 10%. Even during 2008, during the financial crisis, CEO compensation at the 200 largest corporations in America dipped only a meager 3.4%, according to data from The Wall Street Journal.

Much political debate has centered around this disparity. For example, AFL-CIO President Richard Trumka added to the fray after the 2014 data was released. “America faces an income inequality crisis because corporate CEOs have taken the raising wages agenda and applied it only to themselves,” he stated in a press release. “Big corporations spend freely on executive perks and powerful lobbyists to strip rights from workers, but when it comes to lifting up the wages of workers that make their companies run, they’re nowhere to be found.”

While income inequality is on the radar of the nearly two dozen politicians who have announced their intention to run for president, the days of huge CEO paychecks are far from over. Since it will be quite some time before the difference in the incomes of the average America and those of CEOs narrows significantly, here are three maxims executives use to secure larger paychecks, courtesy of Bankrate.

1. Pay no mind to loyalty

Being a loyal employee does have benefits; you form strong working relationships with co-workers and with management, ensuring you job security. But remaining in the same place of employment for year after year or decade after decade is not the best way to maximize your earnings potential. Think about it; do you see executives, with a few notable exceptions, stay at the same company for the entirety of their management careers? Change means more variety in experience, and the opportunity to find a company with a greater budget. It is also proof that the job seeker has marketable skills.

As John Challenger, CEO of the outplacement consulting firm Challenger, Gray & Christmas, explained in an interview with Bankrate, chief executives understand that moving from company to company offers financial advantages. “We often see [CEOs] moving in multiple industries — different kinds of companies — so they see not just one way of doing things and one industry,” he told Bankrate. “They get a kind of cross-pollination of seeing multiple cultures and industries and how they work, so they can bring those kinds of experiences to bear on other jobs.” More job experience means you can ask for a higher salary.

Even if a worker is a top performer, he or she may hit the salary ceiling if they remain at the same company, noted Challenger. “Even if the market says you should get between $60,000 and $90,000, but in this company you’re in, people make between $40,000 and $65,000 for the role, you’re not going to get $80,000 for it. They’re not going to put you there,” Challenger explained further to Bankrate. “You can go to another company and get that.”

Furthermore, “the old notion was, you stay with your company and lots of people like to talk a lot about loyalty, but loyalty can also be interpreted to mean you don’t have any other choices and you’re stuck where you are,” David Lewin of the UCLA Anderson School of Management told Bankrate.

2. When you negotiate, make sure you have leverage

Successful CEOs are not only good at negotiating, but finding situations in which they have power to exact the terms they want. “(CEOs) are tough-minded negotiators — they’re smart and they’re tough-minded and they understand their worth,” Challenger said. “But you can only negotiate if the organization feels that you’re invaluable.”

The first part of showing your value to a prospective employer is to make sure you have evidence of a strong job performance at previous positions. Good chief executives were good employees or businesspeople before pursuing management positions. Seeking out additional training, education, or skills can also make you look more attractive to a prospective employer. “Investment in deepening your skill and education base and broadening your company and industry base makes you more generally desirable as an employee,” Lewin told Bankrate.

Finally, the most important bargaining chip employes looking to negotiate a higher salary have is simple — avoid being desperate. Or merely show that if you salary demands are not met you will move on to a different company. This may not be easy. CEOs have an advantage; they can create the illusion of scarcity. If you are not a chief executive, “you’d better be absolutely sure that people are not only competing for your services but you have an offer in hand, because I think that can come across as a threat,” Joyce Richman, president of Joyce Richman and Associates, told Bankrate. “And it will be an empty threat unless you know that you can turn right around and accept the position that had just been offered to you.”

“I think that (networking) should be a lifelong career strategy,” Richman added. “In that networking, be aware of what other people are doing and where they are in their careers, and how you might benefit them as well as how you hope they can benefit you, whether it’s in your search or in your current company.”