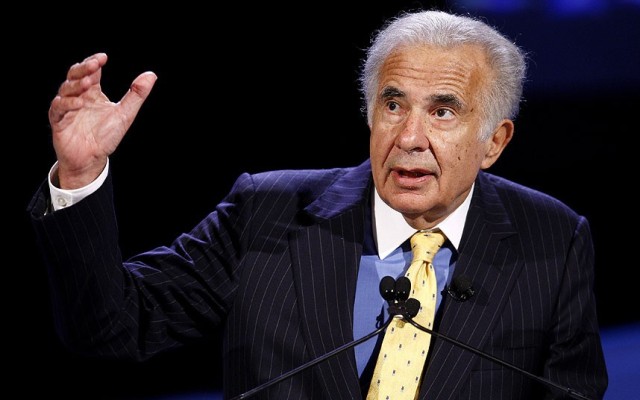 Netflix’s (NASDAQ:NFLX) turn to original content has pleased subscribers, critics, and investors alike, except for investor Carl Icahn, who has been left at the losing end of a bet thanks to the Internet subscription streaming service’s gains on the stock chart.

Nearly one in four American households are paying subscribers of Netflix. Interest in the company’s originally-produced content like House of Cards and Orange is the New Black contributed to the greatest growth in subscribers in three years, customer additions that pushed fourth-quarter profit to $48.4 million, or 79 cents per share, a massive increase from the $7.9 million, or 13 cents per share, earned in the year-ago quarter. On the basis of Netflix’s growing strength, investors bid shares up 312.15 percent in 2013 — the best gains of any stock in the Standard & Poor’s 500 Index last year — and advanced the stock 16.44 percent since earnings were released after the markets closed January 22. Shares closed at a record $388.72 the following day.

Activist investor Carl Icahn, a man known for taking large stakes in companies he judges to be ill-managed or undervalued and then pushing for change, began amassing a nearly 10 percent stake in Netflix nearly eighteen months ago, when shares sold for around $58. At the time, the streaming subscription service was feeling the pressure of Amazon’s competing product and the weight of growing content acquisitions costs. Icahn’s solution was the sale of the company to a cash-rich Google (NASDAQ:GOOG) or Amazon (NASDAQ:AMZN), an opinion that laid the framework for a fight over the future of Netflix between the investor and Chief Executive Reed Hastings.

When the company drafted a “poison pill” shareholder rights plan, Icahn told the Wall Street Journal that, “I guess they decided to go to battle.” For it was his argument that, “at the right premium, somebody should buy Netflix,” as he told the publication. “They’ve got a great platform. That is also why it is such a great acquisition candidate for someone. Most of the shareholders would like to see the company sold at a big premium,” he added.

But since that November 2012 interview, shares have not only soared, Netflix has been reborn. The company’s rebirth came about through the creation of original content, an idea that became more and more appealing to management as content acquisition costs rose higher and higher. As early as last summer, the New York Times contributor David Carr wrote that television has foreseen its future and “Netflix is there.” It was his opinion that Netflix had employed technology and an expertise in viewer algorithms to “transform the box in your living room,” and by doing that had transformed itself. That transformation has pushed shares steadily higher, movement that convinced Icahn it was time to sell out — or at least partially.

A filing submitted with the Securities and Exchange Commission on October 22 showed that the investor’s Icahn Enterprises had sold approximately half his stake, or 2.99 million Netflix shares, throughout a period of 12 days beginning on October 10. His sale took advantage of the 457 percent increase in Netflix’s stock price, and the 14-month investment generated $800 million in profit. “I want to thank Reed Hastings, [chief content officer] Ted Sarandos and the rest of the Netflix team for a job well done. And last but not least, I wish to thank [House of Cards actor] Kevin Spacey,” he tweeted after releasing a press release detailing the sale.

However, the investor’s son Brett Icahn and fund co-manager David Schechter disagreed with his decision, arguing that Netflix was still undervalued at the average $323 per share price at which the company was trading when Icahn sold. “We believe Netflix is one of the great consumer bargains of our time,” Brett Icahn and Schechter wrote in the press release. “We find it difficult to understand why a household would not subscribe to the service, considering the low monthly price, the robust content aggregation (which includes an increasing mix of premium and award-winning original series) and the dramatically superior user experience from both an interface and overall technology perspective.” In their opinion, not only is the domestic growth story compelling, but the international opportunity is “is even larger in the long term.”

Still, Icahn sold. “While I basically agree with David and Brett’s assessment above and have often held positions for many years, as a hardened veteran of seven bear markets I have learned that when you are lucky and/or smart enough to have made a total return of 457 [percent] in only 14 months, it is time to take some of the chips off the table,” he wrote.

But Brett Icahn and Schechter were right, at least so far. Icahn missed out on the 20 percent rally that followed his divestment. According to data compiled by Bloomberg, the bet made three months ago between Icahn, his son, and Schechter would bring them approximately $15 million if it ended now. Plus, Icahn would have been about $196 million richer.

There are two very important things to remember about Netflix’s future; exclusive content deals do not come cheap, especially because of competition from Amazon and Comcast’s (NASDAQ:CMCSA) Hulu, and the company must continue to invest in and succeed at producing more original programming.