New Filings Reveal How Pfizer’s Executives Made Millions in February 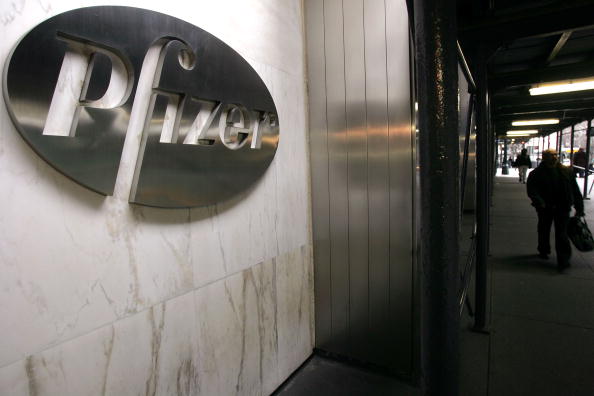 Even if Pfizer, Inc. (NYSE:PFE) doesn’t succeed in its bid for AstraZeneca Group Plc. (NYSE:AZN), it seems Pfizer’s executives will be doing just fine. The Guardian reported on Friday that Pfizer’s executives have made millions by selling some of their stake in the company just before renewing a $106 billion bid for British drugmaker AstraZeneca.

Pfizer first put in a bid for AstraZeneca, which is based in Slough, England, in January, and was rejected. The second bid came on April 28, but it seems executives sold their shares preemptively.

According to the Guardian’s report, Pfizer’s CEO, Ian Read, cashed in $10.6 million worth of shares on February 26, just a few weeks before the company’s bid for AstraZeneca was announced. Similarly, Frank D’Amelio, Pfizer’s CFO, sold $8.9 million worth of shares; several other Pfizer executives sold a combined $5.2 million in shares the same day.

Since the executives sold their shares, Pfizer’s stock has dipped 9 percent, down to $33.99 in February. Last week, the shares were trading even lower, at $29; a dip in share prices is typical of initial merger and acquisition bids.

The strategy has been used before and is legal. Pfizer’s spokesperson said in a statement, per the Guardian, “These sales were within guidelines and during a permissible period. The executives remain in compliance with their stock ownership requirements.” Further, finance expert Shishir Malde, of the Nottingham Business School, notes that the market is generally fearful of mergers, hence Pfizer’s withering share price.

“The vast majority of mergers and acquisitions are not successful because acquirers tend to be overconfident about how much they need to put into bringing the two companies together,” Malde said, in an interview with the Guardian. “The bigger the animal, the harder it is,” she added.

Apparently, as many as 70 percent of potential mergers fail, which leave shareholders no better than where they started; in contrast, shareholders of the target company benefit substantially from merger bids, as do bankers and lawyers involved in a bid, and directors of the bidding company.

Pfizer has come under fire recently over concerns regarding the company’s commitment to Britain and to AstraZeneca’s employees. Three Swedish ministers who spoke with The Wall Street Journal noted that “Pfizer has a history of quickly and sharply cutting staff in the wake of acquisitions,” adding that “the net increase in Pfizer’s workforce has only been roughly 25,000 since 1999, meaning that nearly 100,000 employees have lost their jobs at Pfizer.”