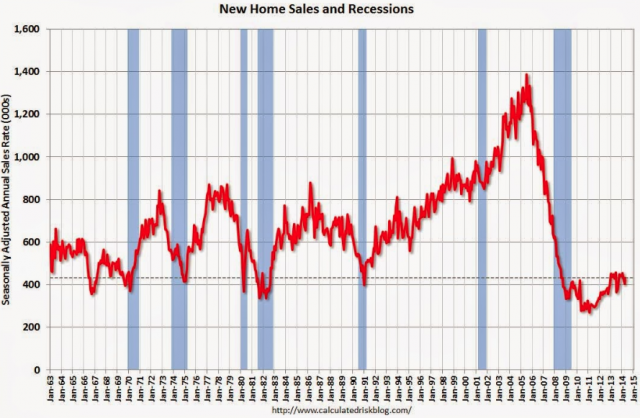 The housing market may finally be thawing out as early indications of the spring shopping season appear to be positive. Last month, new single-family home sales in the United States rebounded from their worst level in eight months.

The results were better than expected. New home sales have been soft for months, and economists on average estimated a pace of only 425,000 units. Sales have declined in four of the past six months. In comparison, new home sales reached an annual pace of 1.39 million units in July 2005.

Sales were mixed across the country. After surging 25 percent in March, new home sales plunged almost 27 percent in the Northeast. Meanwhile, sales in the South and Midwest increased 3 percent and 47 percent, respectively. Sales in the West were flat.

“We’ll continue to see a balancing act between housing inventory and price growth, which remains stronger than normal simply because there have not been enough sellers in many areas. More inventory and increased new-home construction will help to foster healthy market conditions,” explained Lawrence Yun, NAR chief economist. “Current price data suggests a trend of slower growth, which bodes well for preserving favorable affordability conditions in much of the country.”