How Much Is Your Daily Commute Really Costing You? 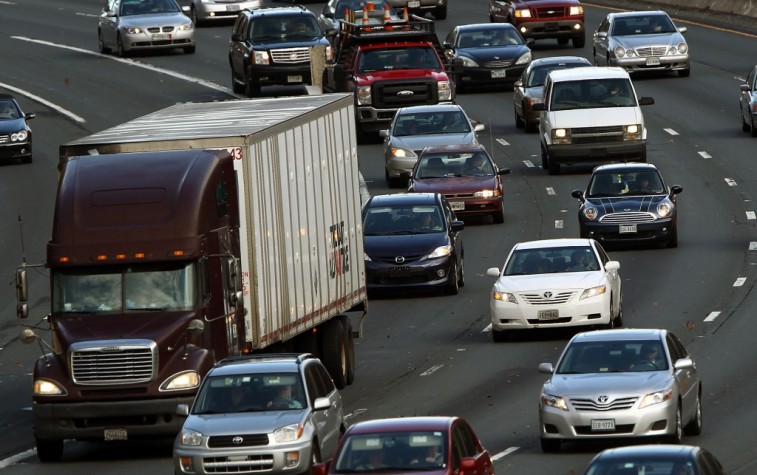 The workplace is no place to let your financial guard down. A job is the most popular income source, but it can also wreak havoc on your budget. Professional clothes cost money, vending machines tempt your inner child, and office pools routinely drain your pocket cash. However, one of your biggest work-related expenses occurs before you even step foot in the building.

Commuters know how to relate to the expression, “It takes money to make money.” Driving to work can be a grueling process that costs you money and time. A new survey commissioned by Citi ThankYou Premier finds the average worker spends approximately $2,600 and 200 hours each year on commuting, with the majority of respondents saying their commuting costs have increased over the past five years. Seventy-nine percent of commuters consider gas as their biggest commuting expense, followed by public transportation (14%) and tolls (3%).

Trends vary among major American cities, but the national average cost of a daily roundtrip commute is $12. Los Angeles has the highest daily roundtrip cost at $16, while Chicago and San Francisco are the lowest at $11. The national average roundtrip commute time is 45 minutes, but New Yorkers average 73 minutes, with 44% of residents commuting over an hour. In comparison, commute length averages roughly an hour in Chicago (64 minutes), San Francisco (56 minutes) and Los Angeles (55 minutes). Miami has as an average commute of 49 minutes.

The survey also finds that commuters see their trips as a time to relax, often by listening to music or calling friends. Yet commuting is taxing on pocketbooks and should be considered along with other factors when looking for a new job. Furthermore, commuting may not be as relaxing as you think. Speeding too much time on the road can cause speed bumps in your health over the long-term.

A recent report from the University of Montreal’s School of Industrial Relations finds commuting length, distance, and means are stress factors that can lead to job burnout. The risk of burnout increases significantly when a commute lasts more than 20 minutes, and increased cynicism is experienced in commutes lasting longer than 35 minutes. Surprisingly, even car pooling may not help. The study finds passengers are even more stressed out than drivers, due to a lack of control.

“The effects of the duration of a commute on a person’s mental health vary according to the type of transport used and the profile of the area where the person works,” said researcher Annie Barreck of the University of Montreal’s School of Industrial Relations. The bigger the city, the more stressful the commute for workers traveling by car.