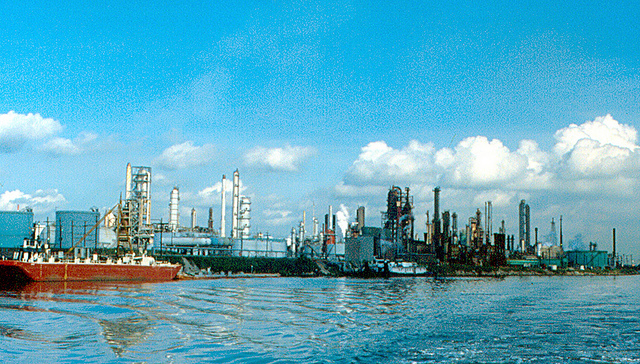 A new report from Oxford University has stated that crude oil price volatility is undermining stable economic growth around the world and that governments must do more to reduce their dependence on fossil fuels and protect themselves from increasing prices.

Sir David King, one of the co-authors of the report, a former Oxford don, and chief scientific adviser to the British government, said that a boom in production of shale oil and gas could well help to delay any high price increases and avoid violent fluctuations for the time being, but that it does not offer a long-term solution to the world’s energy needs. Fracking is “terrible news for the environment” but “excellent news for the economy,” and will help “buy us time for decarbonisation endeavours.”

The study written by King, Oliver Inderwaldi, and Zoheir Ebrahim, explained that the volatility of prices of crude oil over the past four decades has acted as “a fundamental barrier to stability and economic growth.”

The report, titled Macroeconomic impacts of oil price volatility: mitigation and resilience, said that “policy must focus on re-aligning the use of the oil derivative market away from speculation and towards its initial purpose: hedging. Improving derivatives market regulatory systems and working towards international derivatives regulatory standards will be vital in achieving this goal but efforts to curb speculation so far have been lacklustre.”

The report also urges international governments to work to reduce their consumption of oil and other fossil fuels: “Part of this role will require the politically challenging task of energy subsidy and tax reform to incentivise the consumption of alternative fuels and disincentivise oil consumption, particularly in non-OECD countries where oil price subsidies have been institutionalised. But a significant opportunity in reducing the demand for oil is also to be found in policies that are aimed at improving energy efficiency such as the adoption of fuel-economy standards and the construction of codes and requirements for greater energy efficiency in various sectors of the economy.”

In order to protect large oil-reliant industries from the volatility of oil prices, the report suggests that such industries control their own stocks of oil, and that in order to increase more stability to oil prices, there must be global cooperation.