The average 2017 college graduate who borrowed to pay for their education left school with $28,288 in student loan debt, an increase from $27,975 in 2016, a new analysis by LendEDU found. The total outstanding student loan debt for all Americans is now $1.52 trillion.

LendEDU analyzed data from Peterson’s financial aid survey, which gathers information from more than 1,000 four-year colleges and universities. Not only do the numbers show that the amount of student debt is on the rise, but also where students are most burdened by loans.

Nationally, about 58% of the class of 2017 took out loans for school. But in some states, students are less likely to borrow, and when they do, they borrow less. Only 39% of college grads in Utah had debt, for example, with an average per-borrower balance of $18,425. (A recent WalletHub study also found that Utah students had the lowest debt levels.) In Pennsylvania, 67% of graduates had an average of $36,193 in debt, the highest in the U.S.

Graduates of these schools have the most debt

The average amount borrowed also varied widely by school. At some schools, average debt per borrower was less than $10,000. At others, it topped $50,000. These 10 colleges and universities had the highest average student loan debt per borrower:

Most of the top 10 schools for student debt are clustered on the East Coast. The top four are in New York City; two others on the list are in Boston. All are private institutions. Overall, debt levels were higher for graduates of private colleges than for those who went to public schools: $31,665 vs. $26,846. People who went to private schools were also more likely to borrow to pay for their education, though the difference wasn’t huge: 58.84% vs. 57.24%.

Graduates of these schools have the least debt 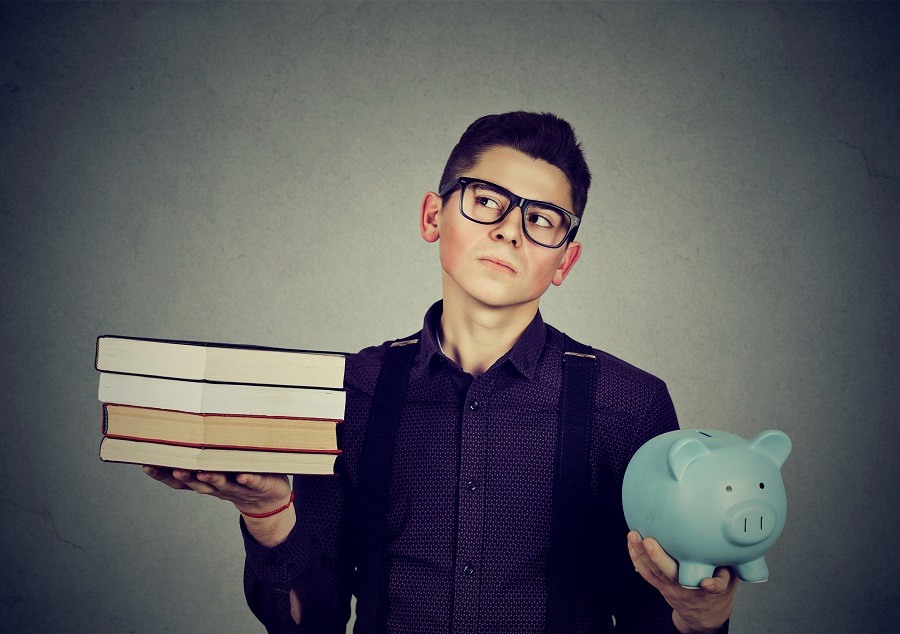 Should you borrow for school? | SIphotography/iStock/Getty Images

Students at some colleges graduated with much small debt loads. 2017 graduates of these 10 schools had under $10,000 in debt on average:

Many of the low-debt school are public universities. Others have made a commitment to keeping tuition affordable. Kentucky’s Berea College is a private liberal arts work college, where no student pays tuition. Princeton has eliminated loans from financial aid packages, and 82% of students now graduate debt-free.

Of course, average student debt totals are just that: averages. Wherever you choose to go to school, it’s important to figure out how much it will really cost and make an educated prediction about whether you’ll be able to pay back what you borrow once you graduate.

“I often see students taking out the maximum they’re able to versus the minimum they need to,” Manisha Thakor, the VP of financial education at Brighton Jones, told WalletHub. But that’s the wrong approach, she says. “Your primary focus when taking on educational debt should be in clearly understanding how long, how many years of work in your chosen profession you will work to pay those loans off.”

Correction: Due to incorrectly reported data in the original report, an earlier version of this article included Wentworth Institute of Technology and Hardin-Simmons University on the list of schools with the most debt. Graduates of Wentworth Institute of Technology have an average of $35,703 in student loan debt, not $59,419 as originally reported. Graduates of Hardin-Simmons University have an average of $35,581, not $51,346.