NFL: 5 Players Who Can Teach You a Thing or Two About Money

Professional football players are not typically known for their financial acumen. A player spotted celebrating in his stretch Hummer one day stands a good chance to file for bankruptcy the next. This comes from research that finds million-dollar paydays don’t last long once a player leaves the field for good. However, some NFL players are determined to break the status quo. Let’s take a look at five NFL players that could teach you a thing or two about money.

Keeping the big picture in mind pays off. Rodgers was drafted by the Green Bay Packers in 2005 and spent most of his first three years in the NFL on the bench, backing up Brett Favre. In 2006, on one of the rare occasions when he filled in for an injured Favre, Rodgers broke his left foot. Yet it was only a minor misstep on the road to success. Rodgers would go on to win the Super Bowl in 2011.

Even after a Lombardi Trophy, multiple MVP awards, and five Pro Bowls, Rodgers continues to focus on the big picture. In 2013, he signed a 5-year contract extension worth $110 million. While the deal made Rodgers the highest-paid player in the NFL, some people believed he could have received more money if he really wanted it. In an interview with the USA Today, Rodgers says he’s not sure about that premise, but feels good about his contract. He also highlights a key concept about successful negotiations: both sides should feel like they won.

“I think that when we went through the process, we wanted it to be a process where both sides felt good about the way the negotiations went, the way the contract was,” explains Rodgers. “Obviously, we wanted some fair-market value, but we wanted to make sure that this team was still in position to be successful and to be competitive. So in the end, I was extremely happy about the contract and I think the Packers were happy about it as well.”

NFL players and spectators go broke for similar reasons: they spend more money than they make. When players retire, and the million-dollar paydays halt, luxurious spending habits don’t always call an audible to a more sustainable game plan. This helps explain why one in six NFL players file for bankruptcy by the 12th year of their retirement, according to a recent study by four researchers. Some bankruptcies even occur by the second year of retirement. Adding insult to injury, a longer playing career or higher career earnings did little to lower the bankruptcy rate.

Patriots tight end Gronkowski plans to avoid becoming another bankrupt statistic by matching his spending to certain income streams. In his autobiography, It’s Good to be Gronk, he explains that he hasn’t spent any of the millions in NFL salary he has earned. Instead, he relies on what he earns from endorsements and appearances to fund his lifestyle.

“To this day, I still haven’t touched one dime of my signing bonus or NFL contract money,” writes Gronkowski. “I live off my marketing money and haven’t blown it on any big-money expensive cars, expensive jewelry or tattoos and still wear my favorite pair of jeans from high school.”

Whether it’s a hobby, a part-time job, or dividends from an investment portfolio, having multiple income streams can help secure your finances during your working years as well as retirement. 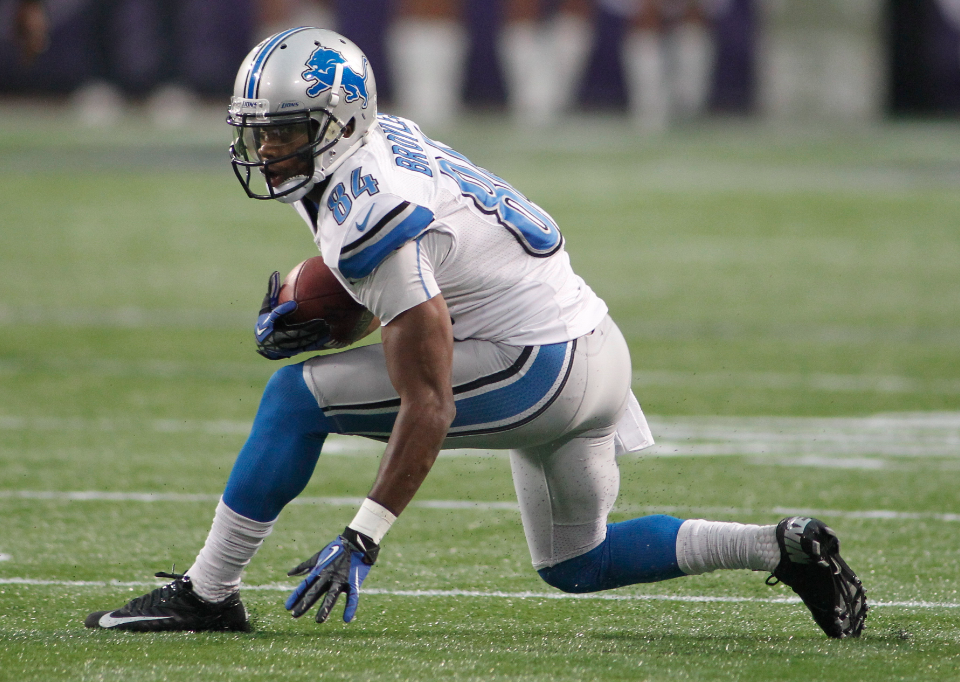 Life is full of surprises — on and off the football field. If you don’t prepare yourself ahead of time, surprises can quickly turn into headaches. Broyles offers a valuable lesson: make a financial plan that suits your means. The wide receiver was drafted by the Detroit Lions in 2012, signing a contract worth more than $3.6 million with over $1.4 million guaranteed. After meeting with a financial advisor and tracking his current spending habits, Broyles and his wife budgeted to live on about $60,000 a year. The rest goes into investments and savings, including the NFL’s matching 401(k) plan.

“Then you know how much you can invest, how risky you can be,” Broyles told ESPN. “Then, when I was hitting the same budget over three, four, five months, it was all right, this is what your budget is and I had some spending money. I didn’t hold myself back at all on those terms. That’s what I tell people when they want to start to invest, I tell them to live your life and see where you stand and then pull back. Don’t pull back without even knowing.”

In addition to making a financial plan, you also need to educate yourself, indefinitely. You never truly find out how much you know about a subject until you start teaching it. Broyles spent time in the offseason with New Orleans running back Mark Ingram teaching students about financial planning. ESPN also reports Broyles worked with VISA and the NFL to promote a Financial Football video game in classrooms, helping kids learn about financial planning and security. “I studied as much as I could,” Broyles said. “Talked to people wealthier than me, smarter than me. So that definitely helps.” 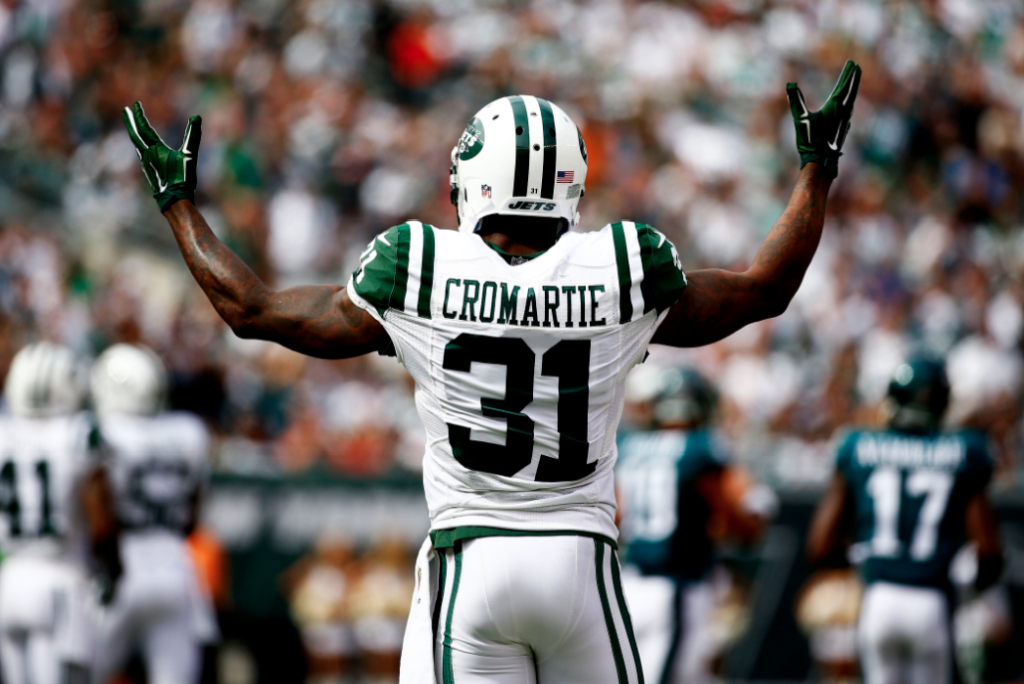 Everybody makes mistakes with their money. The key is to make them early in life and learn from them. The younger you are when you recover from a mistake, the more time you have to right the ship and watch compounding returns work their magic. At only 22 years old, Cromartie signed a 5-year deal with the San Diego Chargers, worth $13.5 million with $7.35 million guaranteed. The cornerback then went on a spending spree, totaling $5 million in his first two seasons.

He purchased nine cars, two expensive homes, and piles of jewelry. He also gave gifts and cash to friends and family. “I had two Dodge Chargers, probably spent $100,000 just fixing them up. I had a ’65 Caprice, which I spent $100,000 on. I had two BMWs, two Escalades,” Cromartie tells Newsday. “I was out of control. I remember Quentin Jammer [former teammate] used to tell me to slow down, but I couldn’t do it. I just loved spending money.”

A recommendation from Cromartie’s agent sent him to get help from Jonathan Schwartz, a Certified Public Accountant. Under Schwartz’s guidance, Cromartie learned from his mistakes and became more fiscally responsible. He set up a system to pay his bills and allocate money to investments on a regular basis. Cromartie even receives reports showing where his money is going each month. “Right now, I try to put away as much money as I possibly can and live on a budget.”

No matter how much money you’ve spent in the past, you can change your bad habits by taking steps today. The longer you wait, the more you’ll need to save to secure your financial future. 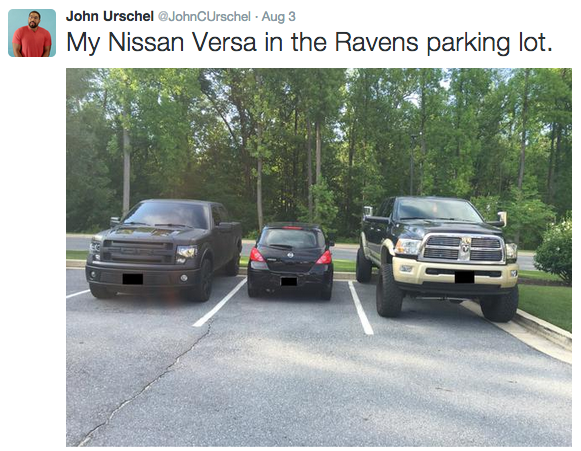 Math is the language of the financial universe. Nobody on the football field understands this better than Urschel, a math whiz who happens to play for the Ravens. He has a master’s degree in mathematics, several papers published in journals, and serves as a math ambassador during the offseason to help teach young students around Maryland the importance of math. Most importantly, he has a firm understanding that keeping up with the Joneses only interferes with your own life goals.

Urschel always has numbers in mind. The 6-foot-3, 300-pound guard recently tweeted to the world his car situation. As the picture above shows, he drives a 2013 Nissan Versa — hint, it’s the one the looks like a matchbox car between the two trucks. He paid $9,000 for the vehicle, and lives on less than $25,000 a year, despite his rookie contract totaling more than $2.3 million. To him, he’s already driving his dream car.

“I don’t think you understand that I’m living the dream. I’m driving my dream car,” Urschel told ESPN. “It’s great on gas. It’s surprisingly spacious. And you know what the best feeling is? You’re driving into a parking deck, it’s near full and you’re on the first level and there is that space that everyone has passed because they said, ‘No, we can’t park in there.’ And I take my Versa and I just go right in there. I’m on the first level, parking lot full and everyone else is parking on the upper deck where the car is getting hot. I’m not even taking the stairs.”

The world may expect you to behave a certain way, but you’re still in control of your own life and finances. Recognize what’s truly important to your life goals and focus on achieving that rather than the status quo.