No Good Unpredictable Boss: How to Handle Your Manager the Right Way

Your boss tells you the end-of-the-quarter report is your top priority, then screams at you when you didn’t complete the department budget first. One minute he’s asking about your kids; the next he’s threatening to put you in the unemployment line. There are many traits that can turn your boss into the office nightmare, but being unpredictable is one of the worst.

Brilliant bosses are often mercurial, Forbes contributor George Bradt contends. However, that doesn’t mean a boss who’s switching between Jekyll and Hyde personalities is a positive influence for the rest of the office. In fact, just the opposite is often true. “One of the least discussed characteristics of great leaders is consistency and predictability,” writes the staff of Peter Barron Stark Companies. “When leaders are predictable and consistent, you know what’s important to them, and you know how they make decisions. You’re more confident working for this leader because their predictability allows you to be engaged and make decisions.”

Uncertainty among employees often leads to a drop in productivity. “What makes Jekyll-and-Hyde bosses all the more challenging is that you never know which boss is going to show up,” Nancy Rothbard, the David Pottruck Professor of Management at the Wharton School, University of Pennsylvania, told Harvard Business Review. “It could be the friend or the bully. And when you are dealing with an emotional roller coaster kind of person, it often makes your challenges at work infinitely greater.”

In those cases, you’ll likely need to begin managing your boss — even if they don’t realize it. Here are some tips experts recommend for dealing with an unpredictable manager. 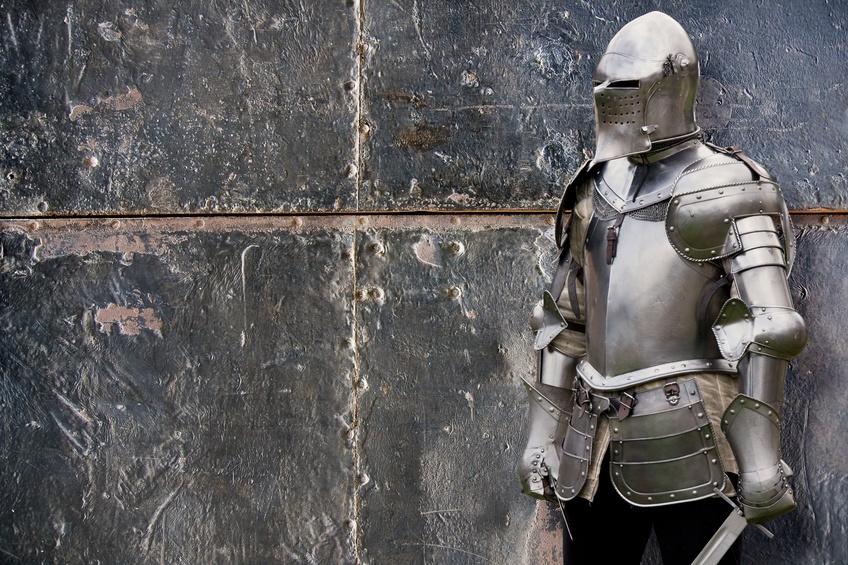 You might need to wear a suit of armor to work | iStock.com/Jeroen van de Sande

It’s hard not to take it personally when your boss is berating you in front of your colleagues. However, you have to recognize that you’re likely not the reason for the anger, even if you are the target. Though you likely don’t deserve the outburst, it does become part of your job to move past it and evaluate if there’s anything you can do to resolve the problem.

“Try to look beyond the yelling and understand the situation,” suggests Nathanael Fast, assistant professor of management at the Marshall School of Business, at the University of Southern California. “If it’s a scenario that can be changed or if this a situational factor, what can be done about it?” 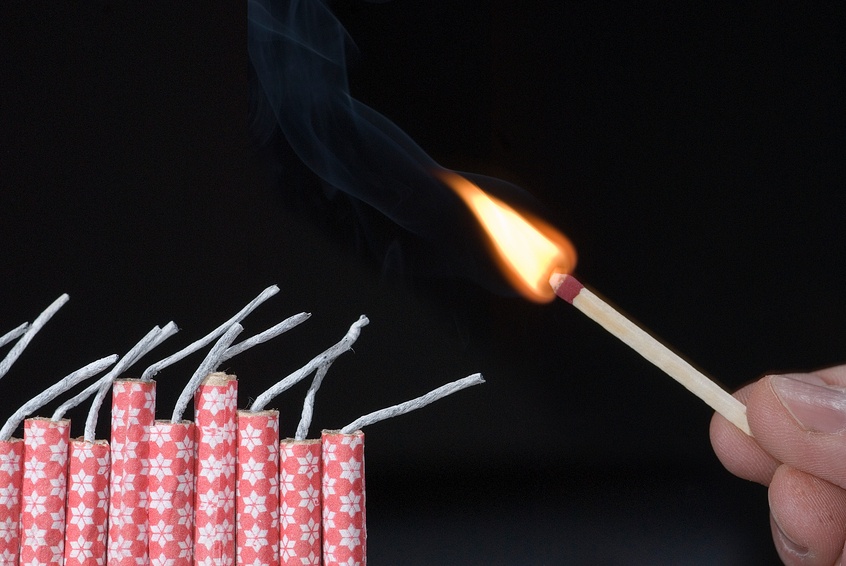 Match to a fuse | iStock.com/KentWeakley

Your boss might have a short fuse, but you don’t need to be the match that sets him off. Try to pay attention to when he or she is the most likely to fly off the handle, and do some sleuthing to figure out why. Perhaps a recurring meeting is particularly stressful for them, or maybe they’re the most temperamental right before lunch. Whatever those tendencies are, do your best to appease or avoid your boss altogether during those trigger-happy times.

For the times when you have no choice but to interact in an uncertain period, Psychology Today suggests planning out your responses ahead of time. If necessary, even plan out on an index card what you’ll say or do if your boss goes postal. “Think of it as a chess match, and be prepared several ‘moves’ in advance,” writes Ronald E. Riggio, the Henry R. Kravis Professor of Leadership and Organizational Psychology at Claremont McKenna College. 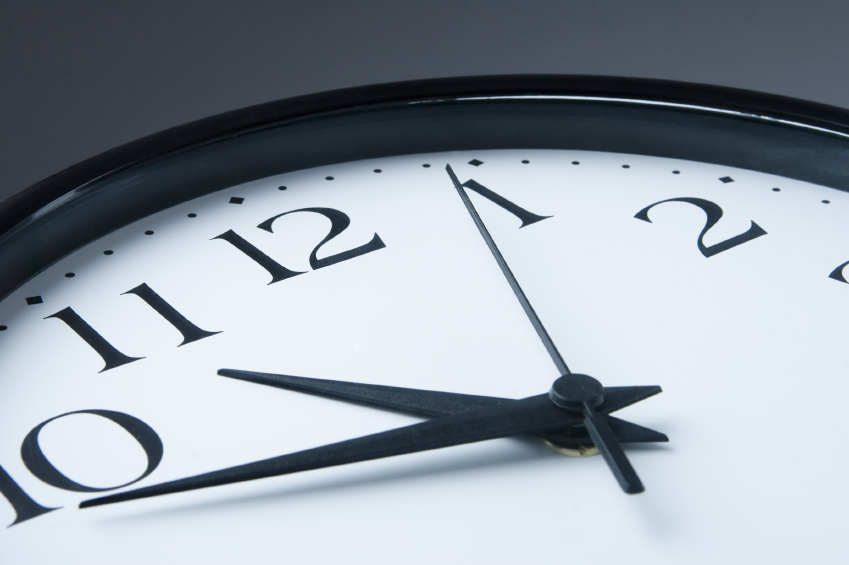 Recognizing those patterns and triggers is essential for planning productive interactions with your boss.  “You want to have really good situational awareness,” Rothbard told Harvard Business Review. Don’t pepper your manager with questions following a tense meeting, and avoid interactions when you know your boss isn’t likely to be in good form. Use those times to instead offer your help. “Communicating that you’re there to help allows your manager to feel supported and signals that you’re there to help the team,” Fast said, which ultimately can move your boss past a potential outburst.

In addition, consistency on your own part can go a long way. Know how your boss prefers to handle various office situations, and respond accordingly. “If you’re working for a mercurial boss, you need to align the mode, manner, and frequency of your communication with what your boss prefers,” Bradt writes in his Forbes column. You might not get it right all of the time, but that attention to detail could go a long way to staying out of your boss’s warpath. 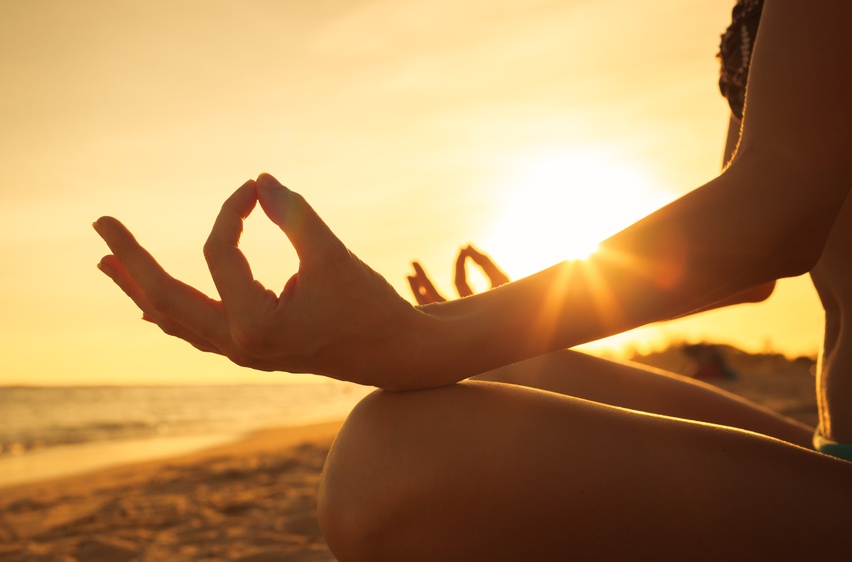 When your boss starts screaming, you become a zen master. That might not be your natural inclination, and it would be much more satisfying to give him a piece of your mind. However, that will help you remain professional at all times, even if your manager isn’t. “Don’t resort to name-calling or rumor-mongering, but be straightforward and professional,” Psychology Today advises.

If you feel your own blood pressure spike to unsafe levels, calmly but firmly excuse yourself from the room. You’ll need to follow up with your boss later, but you can do so when you’ve both had a chance to calm down. “Especially if your boss is a reactive person, to publicly push back on her in front of others could make her really fly off the handle,” Rothbard said. 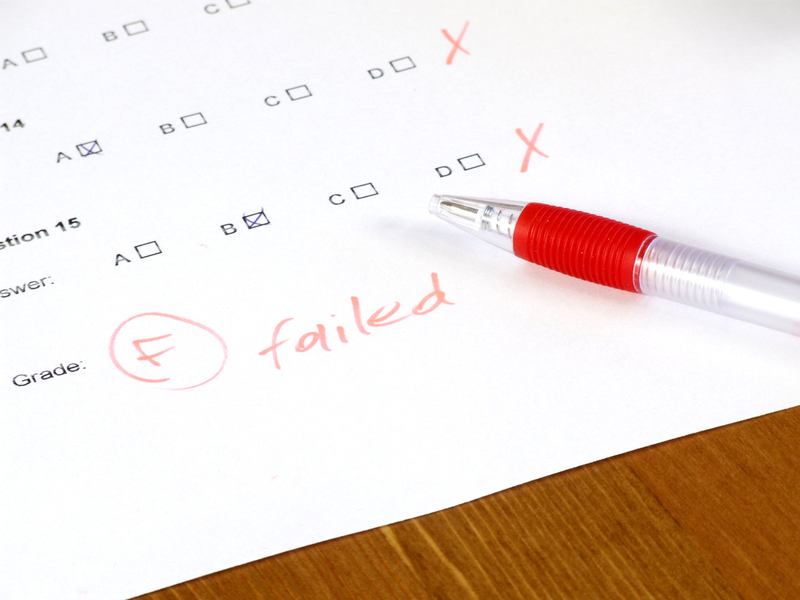 You can put a lot of effort into managing your boss’s mood without making much headway. When your productivity starts to dive, it might be time to get someone else involved. As a direct report that could get dicey, but Harvard Business Review suggests bringing it up in a performance appraisal setting, or going privately to HR. “Often the result is that any help she gets in managing her moods becomes part of her coaching from somewhere else in the organization,” Rothbard said.

If you can stand behind your boss’s overall values, it can make it easier to deal with the inevitable mood swings. “If you have a mercurial boss, make sure your values are completely in line with his or hers,” Bradt suggests. “If you share the same values, the tactical changes are far easier to handle.”

If you don’t share those values and vision, or if the Jekyll and Hyde act is just too much to handle, it could also be the time to look for a new work setting. This isn’t always the best solution, but can be if your own goals are getting stunted while you play the emotional babysitter for your manager.