Not So Magical: Disney’s Ticket Prices Are Increasing 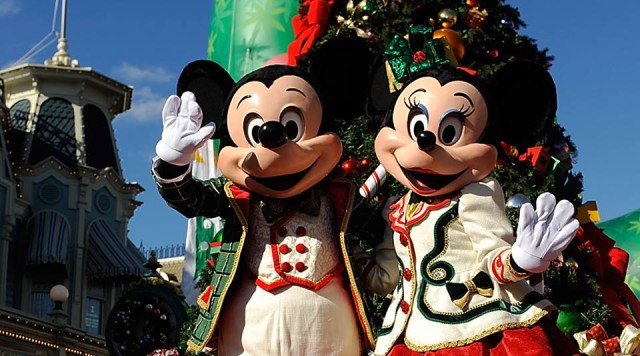 The Walt Disney Co. (NYSE:DIS) just made it a little more expensive to make your kids’ dreams come true. CNN reported Monday that the company raised its ticket prices for passes to its theme parks over the weekend. A one-day ticket to the Magic Kingdom for visitors ages 10 and up now costs $99, reflecting a $4 increase from its previous price. Prices for one-day tickets at Epcot, Animal Kingdom, and Hollywood Studios also increased $4 from $90 to $94.

This is now the second time in a year Disney has risen the fares on the one-day passes to its highly visited theme parks, but as much as the company has been criticized for its price increases, other onlookers say visitors can’t blame Disney. According to the law of supply and demand, Disney has the ability to increase prices as high as it wants as long as the public continues to show up and pay up, and thus far, they’ve showed a willingness to do so. Deb Wills, editor-in-chief of AllEars.net, an unofficial Disney planning and fan site, explained via CNN, “Attendance is going up, not down; so as long as people keep paying the prices, Disney (any business) will keep raising them.”

The Magic Kingdom is now the most expensive park to visit at Disney, but visitors are offered the opportunity to purchase multi-day passes, which can decrease the daily cost of visiting the parks. Walt Disney spokespeople maintain that many consumers choose to select multi-day tickets for additional savings, and then both parties win, because Disney reaps the benefits of extended (pricey) visits, and visitors get to realize some savings.

It is clear that Disney’s new strategic efforts are paying off. According to CNN, the Burbank, California-based company released its latest earnings in January, and said that it realized revenues of of $12.3 billion for the quarter that December 28, 2013, reflecting a 9-percent increase from year-ago quarter. Of that $12.3 billion in revenues, $3.6 billion came from its parks and resorts, which saw a 6-percent hike from the same quarter in 2012. Thus, it is clear that consumers are still visiting Disney consistently, even as some of its parks are more than 40 years old. No matter what its age, it is clear that Disney’s most expensive park, Magic Kingdom, still continues to mesmerize consumers yearly, and it was the most visited theme park in the world in 2012.

Aside from concentrating on price increases in Florida, Disney is also focusing in on Shanghai where it is getting ready to open its first theme park in the country. Disney first broke ground for its highly anticipated Shanghai resort back in 2011, officially making progress to open shop in the world’s most populous country. Thanks to China’s growing middle class, the country has been viewed as a gold mine for companies and retailers everywhere, and Disney has been quick to jump on the bandwagon, planning a Shanghai Disney Resort that will be almost 1,000 acres in size when it opens in late 2015. Walt Disney World in Orlando, Florida still boasts the status as Disney’s biggest resort, with Disneyland Paris coming in second, but the company’s newest park is now set to take third, and it may not even stand in that place for long.

It’s pretty evident that Disney knows what’s it’s doing when it comes to theme parks, and even though prices are going up, most analysts aren’t betting on the parks’ number of visitors going down. When asked to comment on the price hikes, according to CNN, Disney spokesperson Kim Prunty simply said, “Our pricing reflects the high quality and breadth of experiences we offer and our ongoing commitment to investing in our parks. We offer a variety of ticket options that provide a great value, and find that most guests select multi-day tickets that offer additional savings.”