Obama Recognizes Fumbles, Makes Changes to Stay in the Game 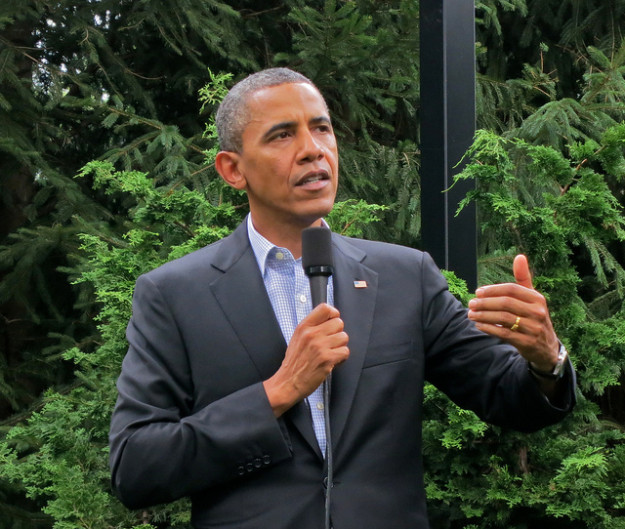 President Barack Obama on Thursday announced an administrative fix to the health care law to allow people who had coverage they liked to keep their plans. The fix expands the “grandfather clause” of the Affordable Care Act, which allows people who had insurance prior to the bill becoming a law in 2010 to keep their insurance, provided that the plan had not changed.

“Today we’re gonna to extend that principle both to people whose plans have changed since the law took effect and to people who’ve bought plans since the law took effect,” the president said. It will still rest with state insurance commissioners to decide what plans will be sold within the state, but insurers can now extend plans that would have been cancelled into 2014, should they choose to do so.

If insurers intend on extending plans, they must inform customers of two things, the president said. First, the companies need to outline what protections the renewed plans do not include; second, the companies have to specify that the marketplace offers measures that bring down the cost.

The change by the administration comes after a period of mounting pressure to find a way to cover individuals who were about to lose coverage. NBC spoke with four individuals directly involved in the Affordable Care Act who estimated that between 50 to 75 percent of the 14 million people in the individual insurance market could receive notice of a cancellation. On Thursday, Obama called the grandfather clause “insufficient.”

Congress was preparing to look for a way to solve the problem, as well. Legislation recently proposed to bridge the gap between the president’s promise and the reality of people being kicked off their plans included H.R. 3350, introduced by Rep. Fred Upton (R-Mich.), and, in the Senate, Mary Landrieu’s (D-La.) S.1642. House Majority Leader Eric Cantor (R-Va.) tweeted on Tuesday that the House planned to vote on H.R. 3350 this week.

Obama also used the announcement as an opportunity to continue promoting the exchanges. The president encouraged people who have decided to keep their old plans to shop in the marketplace “because there is a good chance that they’ll be able to buy better insurance at lower costs.”

Obama doubled down on his belief in the law on Thursday: He said that he will not accept a proposal that dismantles the Affordable Care Act. The focus on the bungled rollout is “legitimate,” Obama said, but what he does not want to see is a return to previous standards. ”We can’t go back to the status quo,” the president said, adding that health care cannot be “a privilege” in America.

“I think its fair to say the rollout has been rough so far,” Obama said during Thursday’s news conference, noting that he it is evident he is “not happy.” The number of enrollees was not as high as administration officials wanted, but the figure “does mean Americans want affordable health care.”

In addition to speaking about the change in allowing individuals to apply to keep their coverage, the president addressed difficulties that arose with the website and enrolling.

Obama noted that going in, he and his team had made a mistake by “underestimating the difficulties of people purchasing insurance online, and shopping for a lot of options … and somehow expecting that would be very smooth.” The administration has now come to the conclusion that ”a certain portion of people who are just going to need more help, more hand-holding,” when applying for health care.