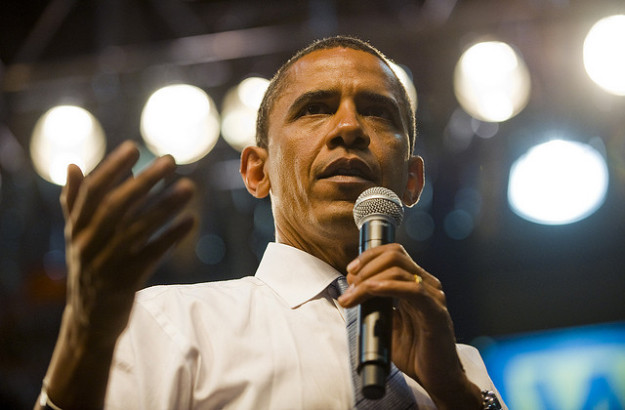 In the latest turn of events for the Republican caucus, Speaker of the House John Boehner (R-Ohio) found himself the object of pity as he struggled to reason with House members bent on defunding Obamacare and a Democratic Party that considers the move non-negotiable. In an interview on ABC News on Sunday, President Obama reiterated his party wouldn’t bargain with the debt ceiling and lamented that Republicans “haven’t been willing to negotiate in a serious way” on the budget.

On “This Week with George Stephanopoulos,” Obama once again addressed the cause tea party members in the House of Representatives are pushing Republican leadership to advance.

“What I haven’t been willing to negotiate, and will not negotiate, is on the debt ceiling,” Obama said on ABC News. The Republican tactic of trying to use the Affordable Care Act, commonly known as Obamacare, as a bargaining chip in debt ceiling negotiations was described as a “nonstarter” by White House officials, according to The New York Times. Senate Majority Leader Harry Reid (D-Nev.), who expressed sympathy for Boehner, relayed the message to the speaker earlier this week.

“I had to be very candid with him and I told him directly, all these things they’re doing on Obamacare are just a waste of their time,” Reid said to the Times. “I do feel sorry for him,” he added, referencing Boehner’s position in trying to manage the most extreme members of his party in the House. Dick Durbin (D-Ill.) echoed the sentiment.

“Sometimes I sympathize with Speaker Boehner, but the fact of the matter is, if he wants to lead for the good of the nation, he has to step beyond the tea party faction of his caucus,” Durbin said to the Times. Boehner has said publicly he thinks the move is reasonable, and went on the record saying presidents in the past have negotiated on the debt ceiling.

“For decades, the White House, the Congress have used the debt limit to find bipartisan solutions on the deficit and the debt,” Boehner said, according to The Wall Street Journal. “So, President Obama is going to have to deal with this, as well.” While there has never been any indication Obamacare would be on the table, Boehner is forced to proceed with the threat of a voluntary government shutdown in the background.

Democratic budget proposals are trying to lessen the impact of spending cuts known as sequestration, and thus, party members are sensitive to greater cuts to federal programs. Obama told ABC News dramatic cuts would only serve to widen the income gap inequality in America. Democrats have also remarked that this year’s deficit reductions are a clear sign their economic policies are working.

According to figures provided by Reuters and The New York Times, the annual deficit may be more than $300 billion less this year than in 2012, and falls below $1 trillion for the first time since 2008. Budget proposals now on the table from the Democratic Party would sustain those levels, party leaders say.

Obama will give a speech on the economy Monday, one day after the fifth anniversary of the collapse of Lehman Brothers.

Here’s how the major U.S. indexes traded on Monday:

Don’t Miss: Here Is the Agreement for Syria’s Chemical Weapons.