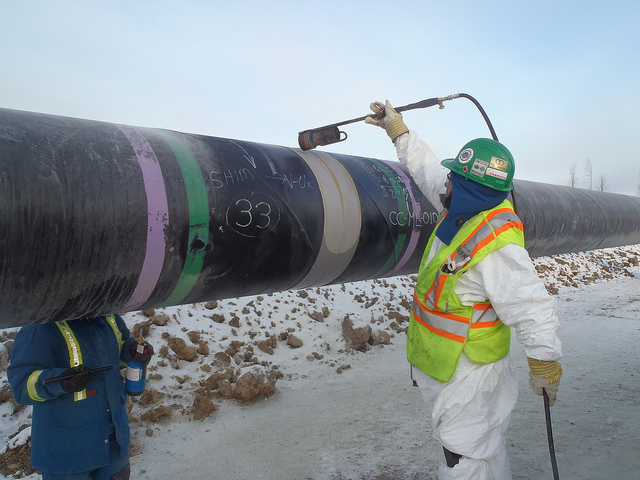 President Barack Obama has been stubbornly hesitant about the Keystone XL pipeline that would transport oil in the U.S. and Canada. His concerns are based on claims from officials in Nebraska that the Keystone XL might have ecologically detrimental effects on regions that are sensitive. Stephen Harper, Prime Minister of Canada, had strong words on the pipeline, saying that he believes the pipeline will eventually be built even with Obama tiptoeing around the issue at the moment — according to Bloomberg.

“He punted. He said, ‘Maybe,’” said Harper to the Vancouver Board of Trade, as reported by Bloomberg. Still, Harper said that he hoped the Obama administration would “in due course see its way to take the appropriate decision,” expressing his confidence that “the project will one way or another proceed.” In January of 2012, the president said in a White House press release that he felt a need to delay the pipeline, despite the “arbitrary” deadline Republicans in Congress were insistent that he meet.

“This announcement is not a judgement on the merits of the pipeline, but the arbitrary nature of a deadline that prevented the State Department from gathering the information necessary to approve the project and protect the American people,” said Obama in the statement.

That was in 2012. Eventually the State Department made a report saying that Keystone XL wouldn’t result in greater greenhouse gas emission because the the oil reserves would be dealt with regardless. In June of 2013, Obama spoke on the issue, saying that national interests would not be best served if climate change was exacerbated by the move, according to Bloomberg. Harper said Monday that the pipeline would have an environmental effect that would be “negligible,” while still providing thousands with new jobs.

Harper was not the only one to criticize the president for preventing the creation of new jobs, Republicans within the United States hit him hard on the issue. In a press release, Representative Tom Price (R-G.A.) said that the president was putting policy behind politics. “Our nation’s energy security and economic growth should not come second to the president’s political agenda. With unemployment in this country stubbornly staying above 8 percent the Obama Administration is saying ‘No!’ to tens of thousands of jobs for Americans.”