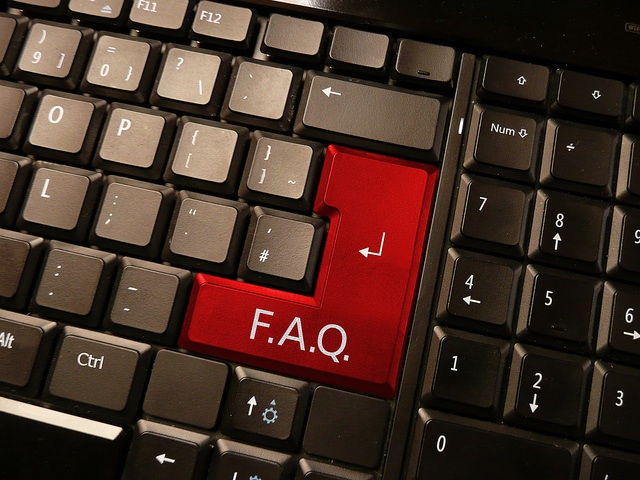 Another kink in the evolving narrative of the Affordable Care Act came Friday in the form of official government documents released by the Centers for Medicare & Medicaid Services — the branch of the Department of Health and Human Services, or HHS, that was responsible for overseeing the construction of the federal healthcare website, healthcare.gov.

When the federally-facilitated exchanges went live on October 1, a function — known as anonymous shopping — was noticeably absent. The fact that the anonymous shopping function was not included in the final product was not only surprising but, for Republicans, it was further evidence of an unacceptable level of incompetence in the Obama administration’s implementation of the healthcare reform.

However, Centers for Medicare & Medicaid Services, or CMS, documents obtained by CNN showed that two weeks before healthcare.gov was launched, the function passed a key test. According to the publication, a source close to the project confirmed the successful test. The online window shopping feature “tested successfully” and revealed “no high severity defects open,” and while the “remaining lower severity defects will not degrade consumer experience.” But the week before the exchanges opened for enrollment, CMS told contractors to disable the shopping function for the launch day.

The problem is that the testimony of a key CMS official — Deputy Chief Information Officer Henry Chao — contradicted the information contained in the documents. He claimed that that the decision to block the anonymous shopping function was made by administration officials because because it “failed miserably” before the launch.

He rejected Republican allegations that the administration left of that feature because of concerns that potential enrollees would be shocked by the rate estimates, which would not include the subsidy. Rather, Chao said the shopping feature was excluded because “it failed so miserably that we could not conscionably let people use it.”

By using the anonymous shopping feature, insurance consumers would be able to compare health insurance plans without creating an account, verifying their income, or determine whether the would qualify for a subsidy, meaning the price quoted would be the full unsubsidized prices of insurance policies. Visitors would still have to enter key information — including age, ZIP code, county, household size, and whether they use tobacco — in order to obtain the insurance quotes.

On numerous occasions, when describing how the health insurance exchanges would operate, Obama detailed the importance of the anonymous shopping feature. “Just visit HealthCare.gov, and there you can compare insurance plans, side by side, the same way you’d shop for a plane ticket on Kayak or a TV on Amazon,” he said. “You enter some basic information, you’ll be presented with a list of quality, affordable plans that are available in your area, with clear descriptions of what each plan covers, and what it will cost.”

Regardless of whether the feature was left off because of technical problems or because the administration was really worried about the price quotes, the fact that it was excluded contracts the president’s vision.

“It is also a major design failure,” as Sam Karp, vice president of programs at the Californiad HealthCare Foundation, told CNN. Online window shopping “is how people have become accustomed to shopping online,” he added. “Whether it’s for airplane flights or shoes, people have become accustomed to anonymously shopping without entering credit card or personal information.” That logic propelled lawmakers on the House of Representative’s Committee on Oversight and Government Reform to ask Chao why the online window shopping was left off.

In a statement made after the documents were revealed, CMS said the use of the world “success” could have been a mistake. A spokesperson wrote that, “CMS believes that the ‘yes’ that is written on the document in question is likely an error, because the same document also lists a number of ongoing defects and problems with the tool.”

Additional defects were communicated and discussed in other settings.” Joanne Peters, a spokesperson for HHS, issued a similar statement. “This document reflects one point in time that was part of a series of ongoing updates and monitoring, she wrote, according to CNN. “As we have said, we always envisioned ‘anonymous shopping’ as a tool that would be a part of HealthCare.gov at some point, however we chose to prioritize other functionality in order to be ready for an October 1 launch,” she added.

Yet, a source familiar with the testing did confirm to the publication that the feature had been tested successfully on September 17, almost two weeks before the launch of the insurance marketplaces. Then, the next day, according to the emails obtained the publication, Chao wrote the shopping function “isn’t needed and thus should be removed.” But during an interview with the House Oversight and Government Reform Committee on November 1, he said there were 20 outstanding defects with the feature, which is why it did not launch with the exchanges. However, a list obtained by CNN showed that only 12 defects remained when the agency decided to exclude anonymous shopping. Furthermore, CNN’s source contended that any remaining “problems with the tool were actually rather minor” and could be fixed by October 1.

But instead, government officials told CGI, the contractor hired to build the anonymous shopping feature, to concentrate on an aspect of the federal health care website known as “Plan Compare,” rather than the window shopping feature, according to the documents. That element allowed users to look at insurance plans after they created an account with healthcare.gov, verified their identification, and submitted qualification information for a subsidy.

Government officials’ testimony before congressional oversight panels give the impression that time constraints contributed to the technical problems of the exchanges. But a prototype for the anonymous shopping feature was a year in the making. It was financed by California HealthCare Foundation and seven other nonprofits, while leading design firm IDEO headed the $3 million project. The designer who created the online shoe and apparel retailer Zappos.com was also part of the team.

After working on the model for a year, it was give to state and federal officials in June 2012, and CMS endorsed the prototype, telling states to adopt it, according to a CMS document seen by CNN. And, state-run exchanges operated in California, Colorado, and New York are currently using the IDEO-created feature effectively. “After we presented [the prototype] to [federal health officials], we never heard what they were doing with the design,” Karp told the publication. “The entire operation went dark, so to speak, and it wasn’t until it launched in October that we saw it wasn’t one of the components of how you apply” on the federal site.