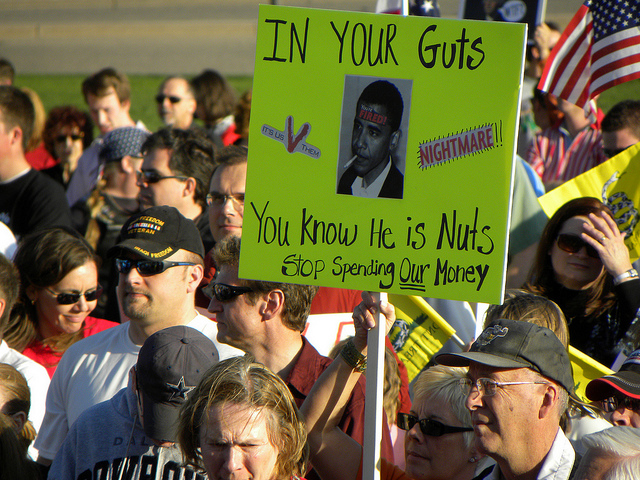 One reason opinions are so divided about the Affordable Care Act is because of the simple fact that health care reform impacts the lives of individuals in varying circumstances very differently.

How much an individual’s insurance costs will change because of the law depends on a host of factors: age, current health status, state of residence, and of course, whether the individual — or family — was insured before purchasing a policy via the Obamacare-mandated insurance exchanges.

Those who are uninsured and have a preexisting condition will likely pay less for coverage than they would in the current private market. Without accounting for subsidies, those who are uninsured but young and healthy will likely pay more. People who are insured through their employer will likely experience few changes. And some 13 million Americans who are currently uninsured will pay little to nothing because they will become eligible for Medicaid, according to the Congressional Budget Office.

In addition, a vast majority of those buying plans on the individual exchange — 60 percent of the 29 million people who could make up the insurance exchanges, according to the Kaiser Family foundation — will receive subsidies of varying amounts to make insurance more affordable.

NBC’s Lisa Myers showed how much of a burden Affordable Care Act-compliant insurance can be for some individuals, while the insurance purchased via the insurance exchanges created under the health care law may make coverage affordable for the first time for others. Her case study — the 41 employees of Extreme Dodge in Jackson, Michigan — also detailed another instance of how some companies used Obamacare as an opportunity to divest themselves of health care costs.

NBC reports that dealership owner Wesley Lutz has provided health insurance for his workers for 35 years, though he was not required to do so. Because he employs fewer than 50 workers, the Affordable Care Act’s employer mandate does not apply to his company. Lutz did not decide to leave his workers’ health care costs entirely up to them — he will provide each of Extreme Dodge’s workers with an annual stipend of $2,400 to purchase their own insurance via the exchanges or to keep and pay the federal tax penalty.

While that amount is slightly more than the company spent on health care expenses last year, costs are rising. Lutz told Myers that his decision was prompted by the fact that health insurance is growing “incredibly expensive,” and costs will only continue to increase.

“As a business owner, we have to be viable first and then provide services,” Lutz said to NBC. Of course, the other problem for business owners who already offer their employees coverage is that their current policies may not offer the required benefits mandated by the Affordable Care Act and may not meet the standards set by the Department of Health and Human Services for the policies to be given grandfathered status. It is also true that some small business will be able to extend their current policies until next year.

Lutz’s decision leaves his workers with several options. They can pay the tax penalty — a fine of $95 or 1 percent of income, whichever is greater — which will be charged to those who do not purchase insurance coverage and do not qualify for a hardship exemption. Workers can also decide to purchase insurance through the insurance exchanges, where at least some will qualify for a federal subsidy, or buy a new group plan recommended by the company.

Extreme Dodge workers like Brandon Chisholm will benefit from purchasing insurance via the Obamacare exchanges, as they are lower-wage earners who will qualify for a subsidy. According to NBC, Chisholm is a detailer with two daughters who has never had health insurance. Because of his low income, he will qualify for a significant subsidy, enabling him to insure his family without adding additional strains to the household’s finances. When asked by Myers whether he was excited by the “prospect of getting nearly free coverage” and the $200-per-month stipend, he said: “Oh yeah! Anything that can help me and my family out, that’s what I’m going to do.”

But for other workers, purchasing coverage through the Obamacare exchanges will be a financial burden. Per NBC, 26 of the company’s employees were covered in 2013 by the old company plan, and 21 of those workers have decided to be covered under the new group plan recommended by the company. The problem is, that plan comes with higher costs: deductibles will increase from $1,125 in 2013 to $3,000 next  year, while maximum out-of-pocket costs will rise from $2,250 to $6,350 for individuals. For families, numbers will double, jumping to a $6,000 deductible and $12,700 out-of-pocket maximum.

“How is this helping the average American that’s working 40 to 50 hours per week?” salesperson Terry Hardcastle told NBC. “How are we supposed to live?”

Insurance broker Michael Harp gave NBC some context. Small businesses, like Lutz’s Extreme Dodge, are part of the “small group market” and typically experience health insurance premiums increases of 10 percent per year. But according to Harp, the typical annual increases have never been so large as the jump between 2013 and 2014. He said that for the dealership to have kept deductibles and out-of-pocket maximums at this year’s levels, the company would have been forced to spend nearly 50 percent more than last year.

This is not an isolated event. Harp told NBC that the growth in health care costs at the dealership is representative of other small businesses. Currently, businesses with 50 or fewer employers provide health insurance to approximately 17 million Americans.

To Harp, it is surprising “how many people are losers versus winners” regarding the Affordable Care Act. “There are some people who do come out ahead, but I would say the overwhelming majority, they’re paying much higher rates and they have lower benefits,” he said to the news outlet.