Obamacare’s Future Is Set; Here’s What that Means for Your Insurance 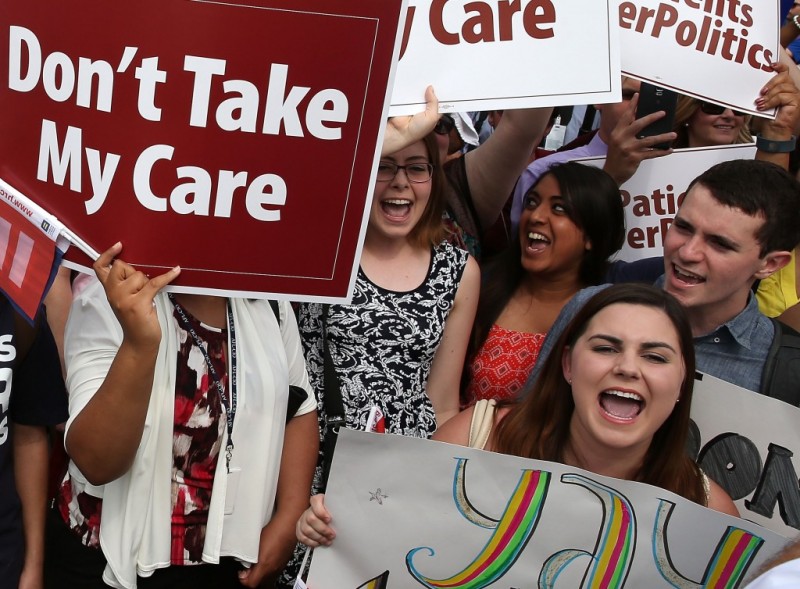 Late last month, the Supreme Court cemented the near-term political future of the Affordable Care Act. By a six-to-three vote, the nine-justice panel ruled that an obscure four-word line in the text of the health care reform law does not keep residents from being eligible for subsidies in states that chose a federally-facilitated insurance exchange rather than set up their own health insurance marketplaces. The case, King v. Burwell, had the ability to put insurance out of reach for millions of Americans in 37 states. And had the court decided in the favor of the plaintiffs, the subsidies of more than 6 million middle-income people would be gone, essentially gutting Obamacare.

The complaint of lead plaintiff David King was the one that Republicans have championed since lawmakers were first debating the bill: the individual insurance mandate puts an undue burden on the average American. King, a Vietnam veteran who worked as a limo driving earning $39,000 per year, would have benefited from subsidized insurance, but if the federal tax credits did not exist, he would be exempt from the mandate as his insurance bill would qualify as an undue burden. The lines of the battle were clear, and his case thrust the Affordable Care Act into shaky territory. But now that the subsidies will not be eliminated in 37 states, making insurance affordable for millions, what insurance economists call the “death spiral” can be avoided. In this scenario, after the subsidies were canceled and low-income customers gave up their policies, only the sickest customers would be left, those most likely to keep paying for their politics, in the insurance pools. However, these are the patients most expensive to insurance, and would cause the bottom to fall out of the system.

Now that the legal roadblock has been removed, the health care reform can continue to function and problems can be ironed out. Republicans can continue to work out an alternative. Most importantly, with the future stable, insurers can truly adjust to the reality of the Affordable Care Act. Here’s what to expect.

The benefits for the insurance industry are huge. Across all states last year, 85% of the insurance customers who purchased coverage via the Obamacare insurance marketplaces received subsidies. The prospect of subsidized coverage on one hand and a penalty for going without coverage on the other brought insurance to 16.4 million people, while the number of uninsured Americans fell by 20% between 2013 and 2014. By allowing that the framers of the Affordable Care Act meant that all Obamacare exchanges, not merely those operated by the states themselves, should be eligible for federal tax credits, the court essentially guaranteed that millions of customers will remain in the market. And that gave their shareholders assurances. More insured customers also mean more secure payments for hospitals.

Yes, this is mostly a plus for the bottom lines of huge companies. But a more stable political future for the Affordable Care Act also means that heath insurance providers will have to face reality, and will have to reinvent themselves by creating new business models to accommodate the new wave of patients who were previously labeled with pre-existing conditions and charged exponentially more, a practice that is now illegal. Therefore, companies are looking for new strategies to cut costs, lower premiums, and keep profits growing.

Under guidance of the law, hospitals have begun a slow revolution in heath care delivery, as industry executives told The New York Times. Obamacare has pushed hospitals to better coordinate care between primary care doctors and specialists, make use of electronic record keeping, and work to lower readmission rates of discharged patients. Both doctors and hospitals are rewarded or penalized for the quality of care they provide and their overall success in keeping patients healthy. And both private insurers and medicare providers are employing “quality metrics” to ensure those goals.

The trend to watch is the degree to which the health care reform has contributed to the significant slowdown in the growth of national health spending.

There is another possible outcome that must be discussed, however. There are 13 states, plus Washington D.C., that currently do operate their own exchanges. A handful of states have partnered with the federal government to run their exchanges, and three run the marketplace but use the federal website. 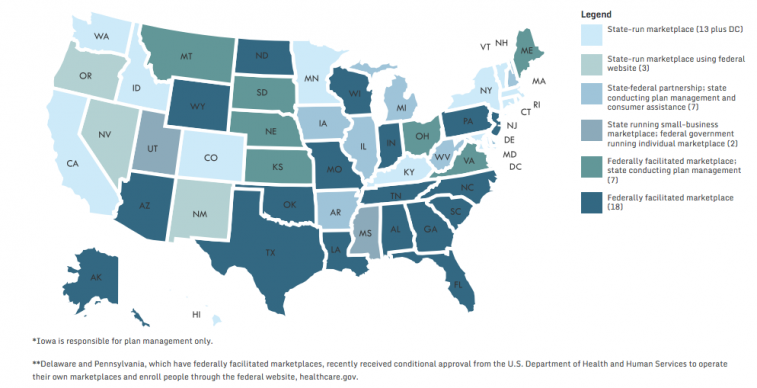 Built into the health care reform law was the belief that states would capably operate their own exchanges. And in line with that vision, a state-based exchanges system would allow state insurance regulators to oversee the market, as they did previously. Such a system would mean insurance officials would have the control and flexibility to customize policy and the marketplaces for local conditions. Politics prevented numerous red states from participating, and far more states chose to default to the federally-facilitated exchanges than the government had expected. Many states also found the technical and logistical challenges of building a complex website that could allow customers to shop for insurance, enroll, and — on the back end — verify important requirements like income and citizenship to be too difficult. Even now, the Hawaii exchange is falling apart and Vermont’s looks to be in trouble.

Since the Supreme Court has ensured the viability the federally-facilitated exchanges, they could be the best option for other states with problematic marketplaces. “There is no new money now to build new infrastructure, and there are no grants available to fix these systems if they’re struggling,” said Heather Howard, the director of the Princeton University program that advises states on exchange building, told the Times. “So the only path forward may be to use HealthCare.gov.”

If states cede their roles to the federal government, the insurance market will begin to look different. It is a step toward centralism. Howard believes that the likely system many states will adopt the model pioneered by New Mexico, where responsibilities are split. The state picks the health care plans that will be sold on its marketplace and collect fees from insurers, while the federal government will supply the infrastructure that determines eligibility and signs up customers.

Of course, the future is still questionable; the Affordable Care Act will still be a key and divisive issue in the 2016 election.