Oil and Gas Prices Fluctuate as Government Shuts Down 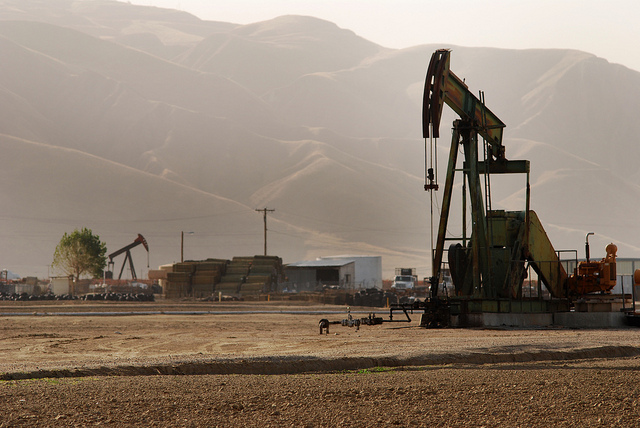 Today, the Energy Information Administration released its weekly reports on the status of various liquid fuels in the United States, covering the week that ended October 4. The reports cover natural gas and petroleum, presenting data about the production, storage, and prices of the fuels.

Changes in the data can reflect natural variations, seasonal trends, long-term market effects, and current events in regions of the globe where liquid fuels are produced, processed, and sold. This week was highlighted by the shutdown of the government of the United States, which has dominated headlines and sparked fears of a U.S. debt default.

Working natural gas in storage — the volume readily available to the market — increased by 90 billion cubic feet in the week ended October 4 to 3,577 Bcf, according to EIA estimates. This is down by 138 Bcf from the same period last year, but slightly above the historical 5-year average.

As of Thursday, futures traded at $3.679/mmBTU, below the $4 to $6 range within which producers can both earn a profit remain and compete with alternative fuels such as coal. Some analysts believe that the price of natural gas will increase over the winter when it will be in demand for heating homes.

The data shows a trend has developed over the past few years. Inventories have been on the rise as domestic production increases, largely thanks to advances in horizontal drilling and hydraulic fracturing technology.

These advances have contributed to a revolution in energy production in the U.S. and producers are rapidly helping make the dream of energy independence come true. Domestic production supplied the U.S. with 84 percent of its total energy needs in 2012, the highest level since 1991. The EIA estimates that the U.S. could become a net exporter of natural gas as early as 2020, assuming regulatory hurdles can be overcome. 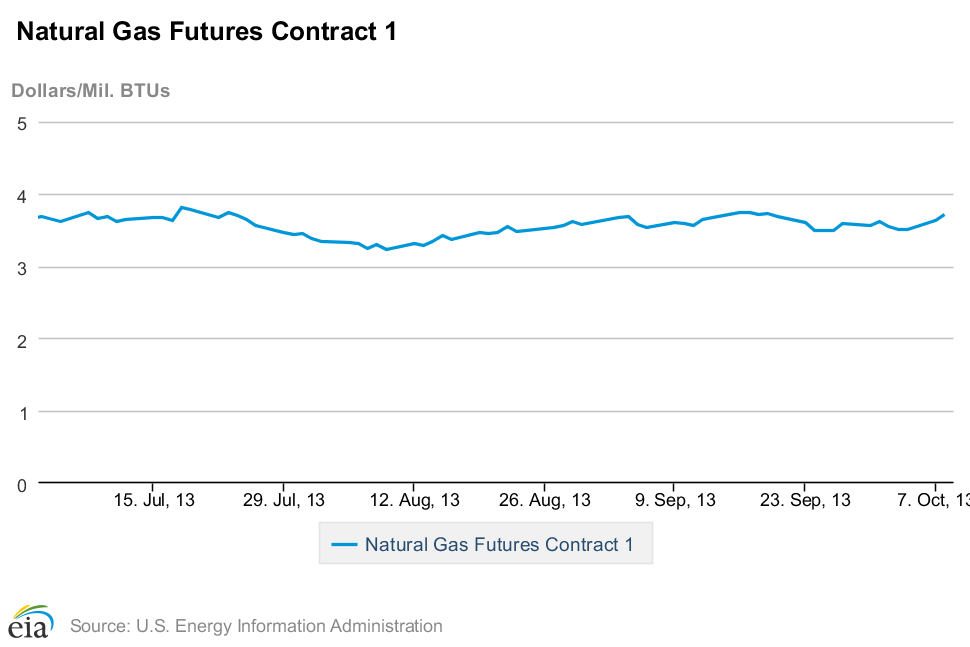 WTI, a grade of crude oil used as a benchmark in oil pricing, was $103.83 per barrel, $0.97 less than last week’s price but $13.96 more than a year ago. The price of oil has recently been dropping amid fears of the ripples caused by the American government shutdown, which could act as a causative agent for reduced demand not only in the U.S. but also across the globe. 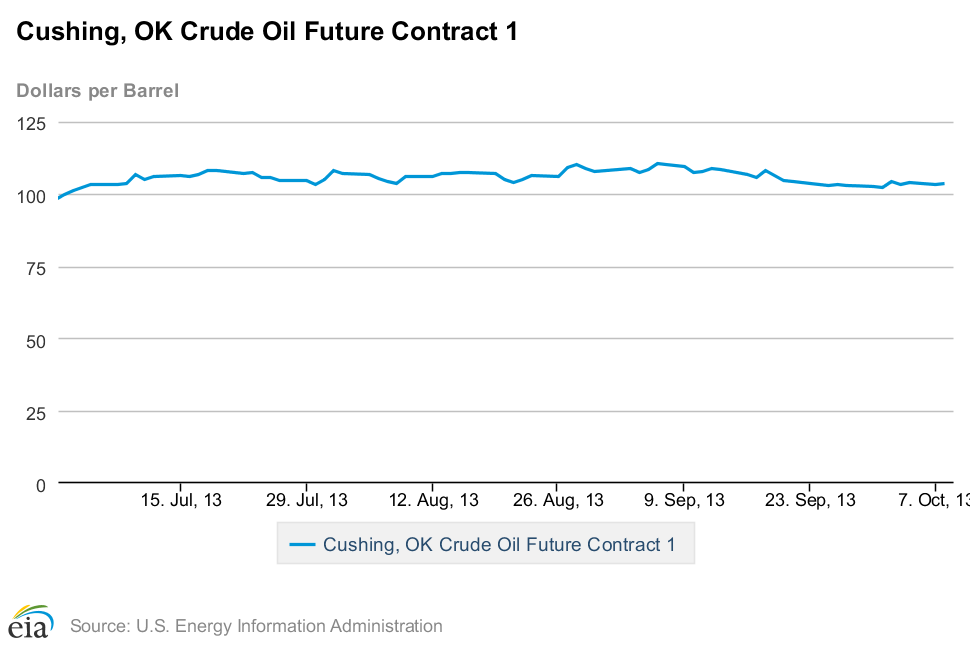 As the EIA put it, “All else equal, changes in gasoline prices follow changes in crude prices.” For the week ended October 7, the average retail price of a gallon of gasoline in the U.S. was $3.367. This is down 48 cents from the year-ago period, though up nearly six cents from the previous week. It is also down from the summer-to-date peak of $3.68, which was hit on July 22.

In August, the EIA projected that oil and gas prices would decline throughout 2014 — with regular gasoline approaching $3.00 per gallon by the end of the year. Thanks to increased production in the U.S. and other non-OPEC countries, the government shutdown, and historically lower winter demand, prices could very well continue to decline throughout the rest of this year.

Don’t Miss: 3 Things Everybody Should Know About Janet Yellen.