Oil Business: It’s All in the Pipeline 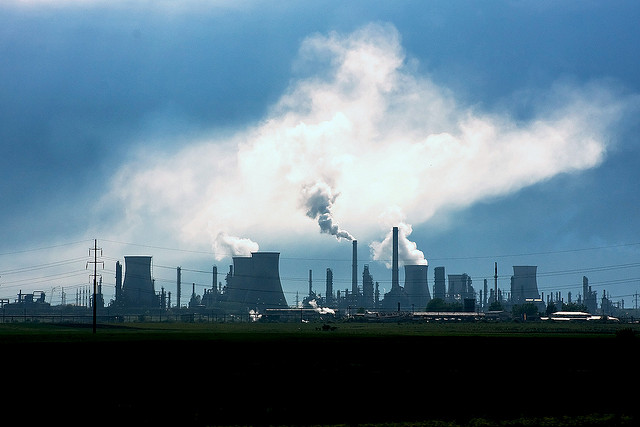 Producing oil or extracting natural gas from the ground is only part of the problem; the other part is getting the product to market in a timely and cost-effective manner. For the oil-producing countries of the Gulf, the task was relatively simple. From Kuwait in the northern Gulf to Oman in the south, they all have access to deep-water ports. All that was needed were pipelines, mostly across flat desert lands to reach the oil terminals on the sea and from there, on to a fleet of supertankers ready to carry the precious cargo to the world markets.

But for the oil producing countries of the Caspian Sea region and of Central Asia, getting their product to market meant getting it from the source to a port first, or better yet, into a pipeline which could take it straight to other land locked countries in Eastern Europe and even beyond.

Pipelines for Iran — even though the country has several hundreds of miles of coast on the Gulf and a number of good ports — the Islamic republic is looking at building pipelines to get away from being entirely dependent on transiting all its petrochemical production through the strategic and narrow Straits of Hormuz, where the U.S. Navy can shut down the passageway anytime they choose to do so if it ever came to a confrontation between Iran and the United States. Such a move would strangle Iran economically. In this case, the pipelines offer Iran a second option on ways in which it can safely export its oil.

As Iran emerges from the shadows after long years of being shunned by the United States and Western Europe, which accused it of trying to develop nuclear technology for military ends, the country’s new president, Hassan Rouhani, and Iran’s oil minister are both calling for private sector investment in Iran.

Oil minister Bijan Namdar Zanganeh said on Tuesday that the private sector has the capacity to carry out $75 billion worth of projects in the oil industry, adding that there are potential projects calling for 3,000 miles of pipelines. The minister added that during the past eight years — alluding to the years when Mahmoud Ahmadinejad was in office — “the government never used its true potential of private sector contractors.”

As demand for more oil and gas in Europe grows so too will the need for greater delivery. Azerbaijani gas destined for sale in the Balkans, for example, can be made by connecting the Trans-Adriatic Pipeline to the Ionian-Adriatic Pipeline (or, IAP). Additionally, there will be a need for transportation routes to deliver gas from the Turkish border to Central European countries. Azerbaijan is to begin delivering some 10 billion cubic meters annually to Italy, Greece, and Bulgaria in 2019; it will enable them to lessen their reliance on Russian gas.

Azerbaijan natural gas producers have landed long-term — 25 years — contracts with nine European countries. Those were signed last year. These contracts envisage the purchase of gas from the second phase of Azerbaijani Shah Deniz field development, which will be transported via the Trans Adriatic Pipeline.

But Azerbaijan has greater ambitions and far-reaching plans to diversify its export routes. Baku is looking at South-East and Central Europe as a potential market for its gas. The long, cold winters of the former Yugoslavia — Montenegro, Croatia, Bosnia, and Herzegovina as well as Romania, Hungary, and Austria — are all part of the countries that Azerbaijan is hoping to line up.