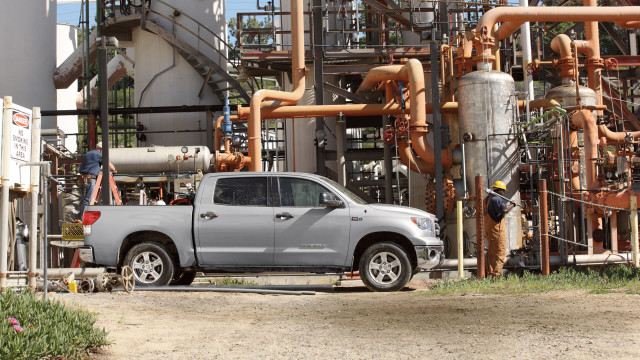 “I don’t see how the jury can be anything but friendly to the plaintiffs,” Houston trial attorney David Berg told Bloomberg in a phone interview, explaining BP’s (NYSE:BP) latest legal battle: 48,000 toxic exposure claims made near residents of a Texas refinery. The company “has such a terrible reputation for recklessness and disregard for safety, you could probably try this case in England and win,” he added. BP is based in London.

The resident’s lead attorney, Tony Buzbee, told the publication that BP knowingly released approximately 500,000 pounds of toxic chemicals — including benzene — from an improperly functioning refinery unit at the company’s Texas City plant. Typically, flare stacks are used to burn off such gases, but in this case, the flare was incapable of destroying the toxins, a fact BP knew, according to Buzbee.

However, he claimed that the company would have lost more than $20 million if it had closed the refinery unit while making repairs. “BP decided there was just too much money to be made at the time, so they decided to flare the emissions and take the consequences,” Buzbee said. He plans to asks jurors to send the company a message that, “The wanton poisoning of an entire community is not an acceptable business practice,” he told Bloomberg.

Residents who have made toxic exposure claims allege that BP intentionally exposed them to cancer-causing gases for a period of five weeks during 2010, without giving them notice. Six plaintiffs are taking BP to court on Monday in Galveston, Texas, the first trial dealing with one of these toxicity claims. In addition to the billions of dollars in punitive damages the claimants are seeking, these six plaintiffs want as much as $200,000 each in actual damages, according to court papers seen by the publication.

In its defense, BP has said that no one was injured by emissions from the refinery, which was later sold to Marathon Petroleum (NYSE:MPC) when the company began divesting assets to finance its multibillion-dollar bill stemming from the 2010 Gulf of Mexico oil spill.

“Neither the community air-monitoring network nor the BP fence-line monitors showed elevated readings during April and May 2010,” Scott Dean, a BP spokesman, told Bloomberg by e-mail before the trial. “We do not believe that any negative health impacts resulted from flaring at BP’s Texas City refinery during this period.”

The company disputes the allegation that the chemicals released were enough to harm residents. “Plaintiffs’ own experts admit” that toxin concentrations “did not exceed any health-based government standards,” stated BP lawyer Katherine Mackillop in court papers, acquired by Bloomberg. “All of the plaintiffs’ complaints are transient, minor complaints commonly experienced by the general public every day — like sore throats, headaches, coughing, irritated eyes and the like.”

The period in which toxic emissions leaked from the Texas City refinery occurred in April 2010, just when the Gulf of Mexico oil spill was beginning. Since the Deepwater Horizon drilling rig exploded off the Louisiana coast, killing 11 men and spewing millions of barrels of crude oil into the ocean, BP has spent more than $25 billion on cleaning up the marshes, fisheries, and beaches along the coast and on compensating victims.

That spending is just the tip of the company’s spill-bill iceberg — a total of $42.4 billion has been spent or earmarked for spending on clean-up, compensation, fines, and other costs. BP has even sold assets that generated $5 billion of cash flow to pay those expenses. Furthermore, the company is also facing thousands more spill-related injury and damage claims in an ongoing civil trial in a New Orleans District court.

These 48,000 toxic emission claims are also not the first trouble BP’s Texas City refinery has caused. In 2005, an explosion at the plant killed 15 workers and injured hundreds, prompting 3,000 people to sue the company. The company paid $2.1 billion to settle allegations. Also, in 2007, more than 100 residents separately sued BP over an hour-long leak of an unidentified gas that caused health problems. A jury in Galveston awarded more than $100 million for the first 10 claims, but the verdicts were later overturned on appeal.

Buzbee argued that the 2010 incident was far different from the 2007 gas leak. “This was a 40-day event that’s documented — even BP admits it happened — involving known carcinogens,” he told Bloomberg.

Plus, the company both underreported the volume of the toxic gases released and was slow to inform the community and regulators about the emission, he added. If they win, the neighbors of the Texas City refinery say they will give the $10 billion in punitive damages they are seeking to charity.